Ironically, the Israelis and the Iranians pursue an almost identical strategy: war-mongering rhetoric combined with the use of proxy conflicts that help them increase their leverage in the region and attain strategic goals. In reality, neither party is interested in fighting each other directly, nor is even seeking to put an end to "the threat" of the other.

If the "Iranian threat" were to be totally removed, Tel Aviv would lose its most cherished pretext, which is always at the ready for exploitation domestically, regionally and internationally. Similarly, if the "Israeli threat" and "resistance" were to be subtracted from Iranʹs discourse, Tehran would lose its powerful king in this regional chess game.

Feeding the spectre of war

The prime intention of the Israeli-American "Iran war process" is to engage Israel with the Arab Gulf countries. The core of this process is the manipulation of Saudi and Emirati fears, their resentment of Iran and the latterʹs increasing regional influence. An unspoken premise of the process is that Israel – and only Israel – can stand up against Iran, and thus the Gulf Arabs should succumb to its leadership with gratitude! 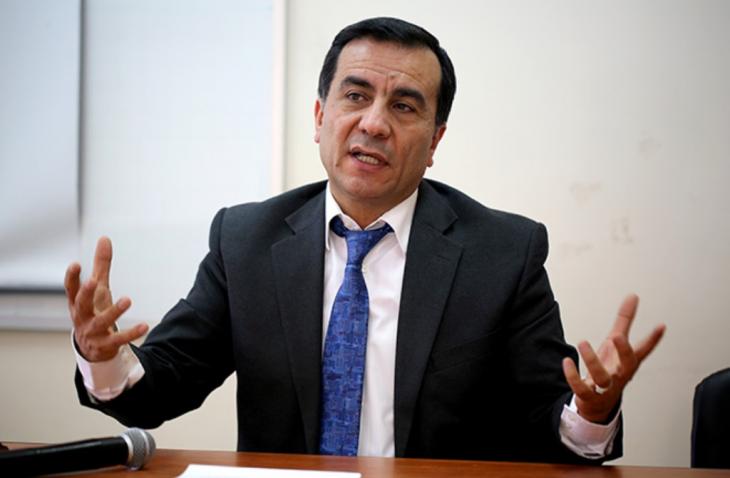 Forget the pomposity of "erasing Israel": Iranʹs position on the Israel-Palestine conflict is ultimately to accept what the Palestinians would accept. At the 2017 summit meeting of the Organisation of Islamic Co-operation in Istanbul, Iranʹs president Hassan Rouhani and foreign minister Javad Zarif voiced no objection to a statement issued by the meeting that called for a two-state solution, writes Hroub

The trade-off for Israel is the gradual and public normalisation of political and commercial relations across the Gulf. The Israeli contribution to this trade-off is negligible to say the least. Realistically and in a nutshell, Israel would never fight a war on behalf of and for the Gulf States, nor would it risk its resources to serve their interests.

All this is helped by the short-sighted politics of both the Gulf countries and Iran, which effectively play out in the interest of Israel. If a fraction of their wasted effort in regional rivalry was spent in serious thought and diplomatic dialogue aimed at establishing security arrangements that safeguard their mutual interests, they would not have ended up being played off against each other by the U.S. and Israel. The enormous resources allocated for building military arsenals benefit none except American and Western manufacturers.

Figures indicate that the Gulf countries are spending more than $100 billion on weapons this year, not to mention the astonishing figure of $450 billion worth of military deals that the Saudis signed with Trump in 2017. It is no exaggeration to suggest that keeping the region boiling in conflicts, tensions and wars is a vital American interest.

Thanks to sky-high arms expenditure, money continues to pour into U.S. banks. The best way to protect these huge investments for years to come is to invest in a process that maintains the spectre of a Middle East haunted by war.

In the face of COVID-19, we need to admit the political mistakes of recent years and adjust our trajectory according to the compass of reality. People around the world – ... END_OF_DOCUMENT_TOKEN_TO_BE_REPLACED

As COVID-19 sweeps across the globe, it is forcing religions to adapt and take action to prevent infection. But experts warn against using the crisis to fuel conspiracy theories. ... END_OF_DOCUMENT_TOKEN_TO_BE_REPLACED

Why are predominantly Muslim countries lagging behind when it comes to democracy and human rights? Dutch sociologist Ruud Koopmans uses a lot of figures to underpin his theory ... END_OF_DOCUMENT_TOKEN_TO_BE_REPLACED

The 2015 Joint Comprehensive Plan of Action with Iran is in jeopardy. European governments should use the JCPOA’s dispute-resolution mechanism both to pursue immediate measures to ... END_OF_DOCUMENT_TOKEN_TO_BE_REPLACED

Many predominantly Muslim countries have penal laws against "blasphemy", "defamation of religion" and "apostasy". In practice they serve as highly effective weapons to settle ... END_OF_DOCUMENT_TOKEN_TO_BE_REPLACED

In recent years, Tehran had pushed a clever public-relations campaign to depict Soleimani as a Napoleon- or Caesar-like warrior-poet. He was even mooted as a likely presidential ... END_OF_DOCUMENT_TOKEN_TO_BE_REPLACED

END_OF_DOCUMENT_TOKEN_TO_BE_REPLACED
Social media
and networks
Subscribe to our
newsletter