Beginning with the Crusades and continuing through the colonialism and expansion of empires to todayʹs ideological conflicts and propaganda wars, there have been plenty of reasons for the Islamic world and the West to remain at loggerheads with each other. Wars of invasion by erstwhile dynasties and colonial powers, imperial expansions (from both sides) for economic resources and political dominance have resulted in aggressive military confrontations, breeding mutual hatred, while cementing a deeply entrenched cultural and ideological divide.

But even though Judaism, Christianity and Islam share a degree of common ground, the differences built on such false pretexts have contributed to the myth that Islam belongs to the East while Judeo-Christian traditions belong to the West. This, despite the fact that both Christianity and Judaism, like Islam, originated in the East, or the Middle East to be exact; and that notwithstanding its origin in the Middle East, Islam as a religion or way of life has never shown the characteristic trait of any geography. Islamic geographic fluidity, cultural flexibility and political dynamism can be seen from the diversity with which that religion has been viewed, lived and experienced in different countries and geographies where it established itself as a civilisation.

The narratives of cultural war have focussed on exploring and protecting cultural exclusivity and deepening mutual disbelief, neglecting the opportunities to find out and build on the commonalities and shared values that could potentially unite. Far more has been invested, politically, culturally, economically as well as intellectually, in inflating mutual suspicion to the dizzying heights of antagonism, hatred and warmongering than in concentrating on what unites Islam and Christianity, to say nothing of the common ground shared by Islamic values and the spirit of scientific enquiry and humanism that has prospered in the West over the last five centuries.

This antagonism has been sustained and this myth gradually historicised over a period of decades by a great staple of colonial and post-colonial literature, theories and counter-theories. The myth has become firmly established, condemning to oblivion the historical fact that West and East have complemented each other in the creation of their cultures and civilisations. Even the fresh air of globalisation and modern technology, despite its immense potential to bring the world together, has failed to contain this miasma of mutual suspicion.

However, beyond this distorted and convoluted narrative of confrontations and mutual antagonism, there existed and continues to exist, a vast and largely untapped area of mutual co-operation, cultural harmony and symbiosis connecting Islam and Western civilisation as a whole. 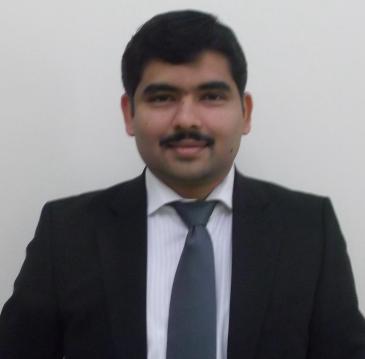 Transcending polarity: "it is high time the world moved away from the confrontational and divisive utopian theories of one ideology or civilisation dominating the other. The future is about exploring the commonalities and living with the differences, instead of deepening the divide," concludes Wafy

Civilisation is not something that was indigenously produced in the Arab world, in isolation from other geographies. Many of the celebrated Islamic thinkers and philosophers of the Middle Ages, when Islamic civilisation is believed to have reached its apogee, were non-Arabs and some of them were influenced by the ancient Greek philosophers. Being neither of the East nor West, this metaphorical ʹestuaryʹ point, a confluence of all the tributaries, served as a fountainhead from which thinkers such as Roger Bacon derived their inspiration for the Renaissance.

The definition of Islam as a civilisation, or as a way of life which is neither of the East nor of the West, cannot be restricted to the exclusivity of any Muslim culture that existed in the past, exists in the present, or shall exist in the future. Time after time, the Koran defines the prophetic mission of Muhammad as an endorsement and continuation of, rather than a break with, all the previous prophets and civilisations.

The Koran maintains that what was revealed to the Prophet Muhammad is meant to endorse and complement, rather than negate or contradict what his predecessors preached. The good relations and mutual co-existence between Muslims and Christians, Jews and other religious minorities who lived during the Middle Ages in much of the Islamic world testify to this.

Seeking the best in humanity

As Muslims are defined by the Koran as the "potentially best human society", Islamic civilisation cannot content itself with anything lesser in quality or mediocre in spirit. Islamic civilisation is therefore by nature something that is still evolving – with geographic fluidity, cultural flexibility and political dynamism – and is thus compatible with any advanced form of civilisation.

It is high time the world moved away from the confrontational and divisive utopian theories of one ideology or civilisation dominating the other. The future is about exploring the commonalities and living with the differences, instead of deepening the divide.

Both the messianic zeal of Muslim extremists, who seek to convert the whole world to their hardcore version of faith sealed with watertight practices, and the hubris of the neo-cons regarding the invincibility, superiority, universality and the eventual triumph of Western ideals over all cultures and civilisations have done a great disservice to fostering intercultural and inter-civilisational peace and harmony in the world.

Muhammed Nafih is a journalist and writer currently based in Muscat, Oman. He is the author of "The book of aphorisms: Being a translation of Kitab al-Hikam".

Despite what heads of state may claim, the Russian attack on Ukraine is not a wake-up call for a self-confident Europe that defends its values. The war is accelerating the decline ... END_OF_DOCUMENT_TOKEN_TO_BE_REPLACED

At the EU's outer borders, the right of migrants to a fair asylum procedure continues to be systematically disregarded. Take Greece, for example: in the worst case scenario, those ... END_OF_DOCUMENT_TOKEN_TO_BE_REPLACED

Madrid's about-face on the Western Sahara conflict has enraged Algeria. Trade relations have been frozen unilaterally and a cut in gas supplies to Europe could be in the pipeline ... END_OF_DOCUMENT_TOKEN_TO_BE_REPLACED

Mourad al-Marouai was just nine when a landmine killed him on a beach in war-torn Yemen, a tragedy that will haunt his family forever. After a swim, the little boy "suddenly ... END_OF_DOCUMENT_TOKEN_TO_BE_REPLACED

A ceasefire has been in effect in Libya for the past year and a half. Yet after Russia's attack on Ukraine, another proxy war looms in Africa's most oil-rich country. Mirco ... END_OF_DOCUMENT_TOKEN_TO_BE_REPLACED

The Ukraine war has seen energy prices spike with oil producers in the Middle East making more money than ever. But will it put the brakes on long-planned reforms to diversify oil ... END_OF_DOCUMENT_TOKEN_TO_BE_REPLACED

END_OF_DOCUMENT_TOKEN_TO_BE_REPLACED
Social media
and networks
Subscribe to our
newsletter