When freedom doesn't last forever: the landless nomads of Cholistan

A mere 70 years ago, the nomadic peoples of the Cholistan Desert still wandered between Rajasthan in India and the Punjab in Pakistan. But after the founding of the state of Pakistan, their freedom to move around was increasingly restricted. Over time, their traditional lifestyle has changed. Photos by Usman Mahar 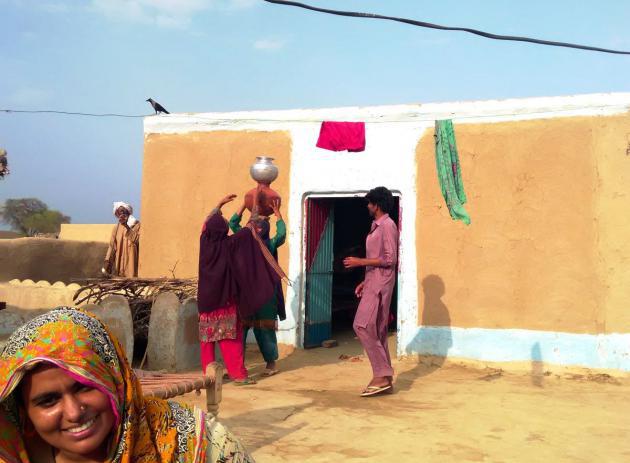 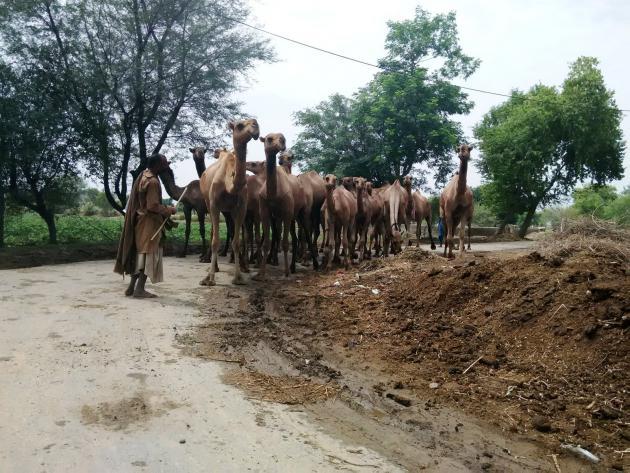 Herds of camels are not an unusual sight around the Cholistan Desert, otherwise known as the Rohi region of southern Punjab in Pakistan. They constitute an important source of income for the people here, who breed and use them in the desert. 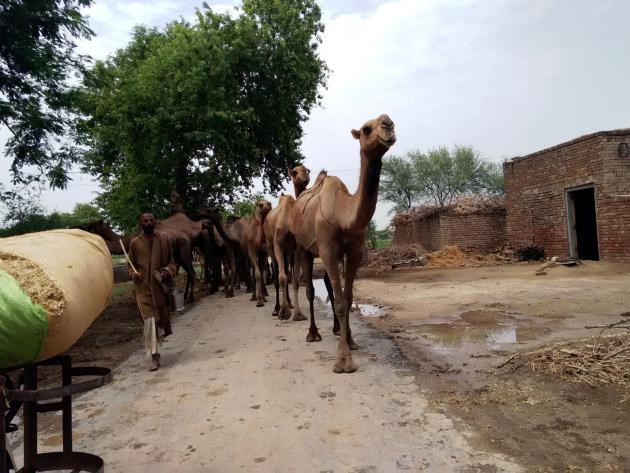 They are bought by so-called "buparies", either directly from the nomadic communities or from the markets in the nearby cities of Marot, Khaipur Tamewali, Yazman, Liaquatpur, Ahmadpur East, Khanpur, Rahim, Yar Khan and Bahwalpur. 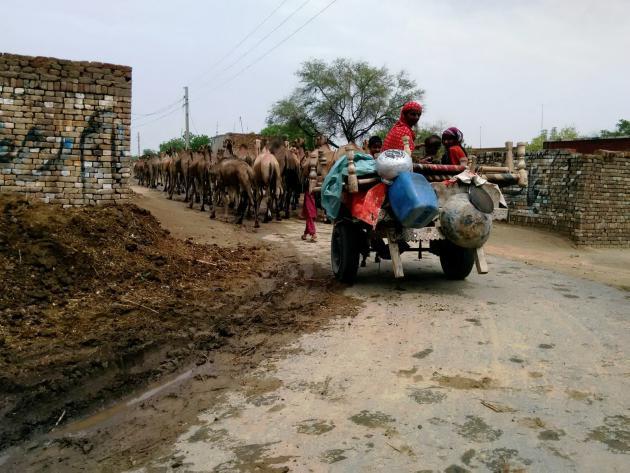 Heavily laden carts are the primary means of transportation in the rural regions of Punjab. They are pulled by camels and donkeys and frequently transport whole families to the nearest market in the next city, where they sell fruit, corn, sugar cane and homemade blankets. 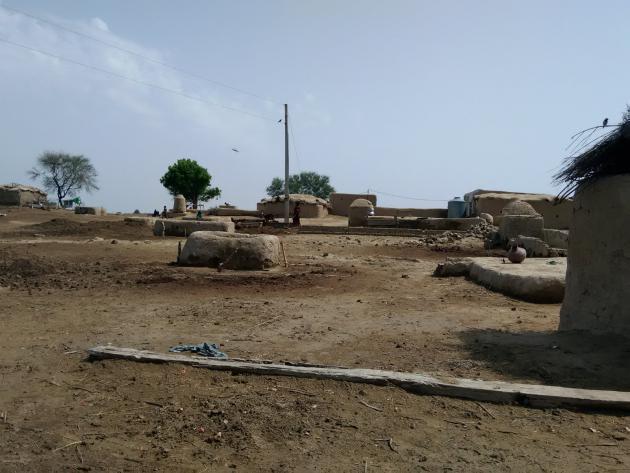 More than 110,000 nomads live in the Cholistan Desert. They usually live in communities in the vicinity of a water source. The wells, sometimes up to 40 metres deep, are surrounded by clay houses. 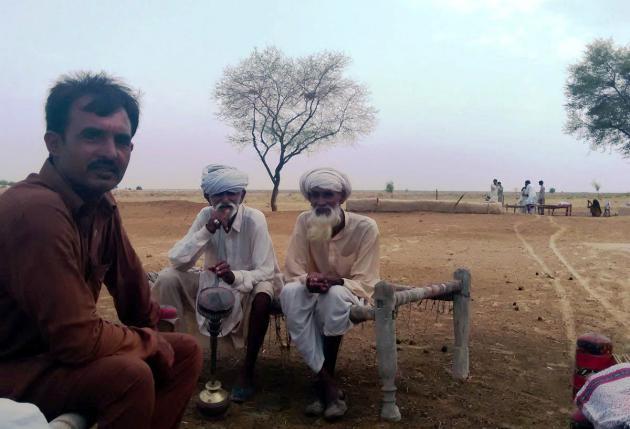 For centuries, the nomads roamed the desert regions of Cholistan and Rajasthan without restrictions. With the founding of Pakistan in 1947, however, they were forced to choose whether to live inside or outside the borders of the new state. Since then, some of the nomadic families live across the border in India. Pictured here: men sitting on a charpoy 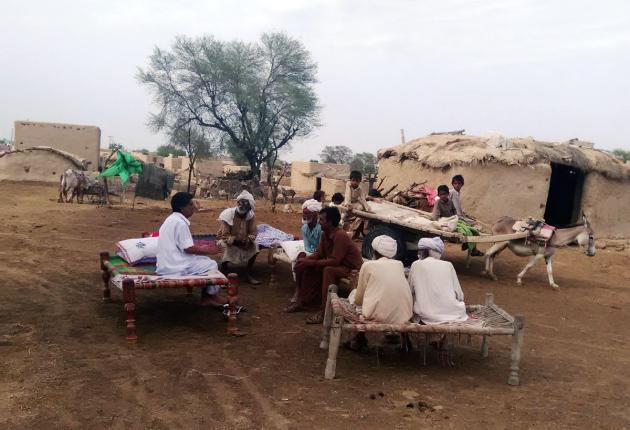 On hot days, the men sit together on so-called "charpoys", bed frames on which they can relax and sleep. Sharing a water pipe, they discuss family life and work. 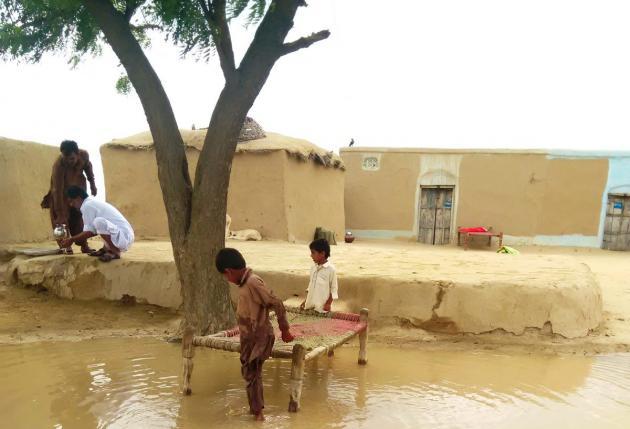 Water is often scarce. It generally rains during the monsoon months of July, August and September. Pools such as the one in this photo, in which children can play, are a real rarity. It is hard to believe that the Cholistan Desert was once a fertile, green valley. 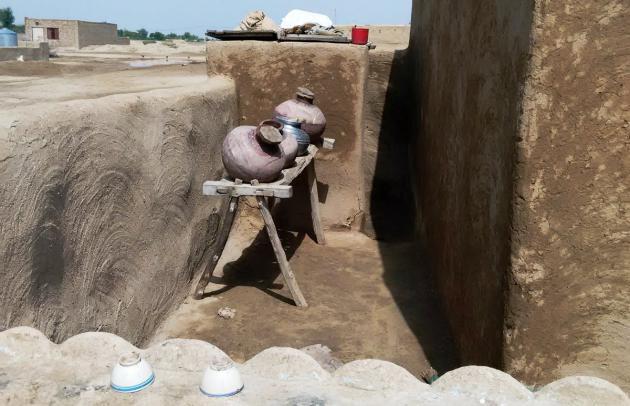 Once, the Hakra River flowed through the Indus Valley. However, changes in the region's ecology and climate transformed it into sand dunes centuries ago. Potable water, which is usually drawn from underground wells, is stored in water containers in shady spots alongside the back walls of the houses, such as here. 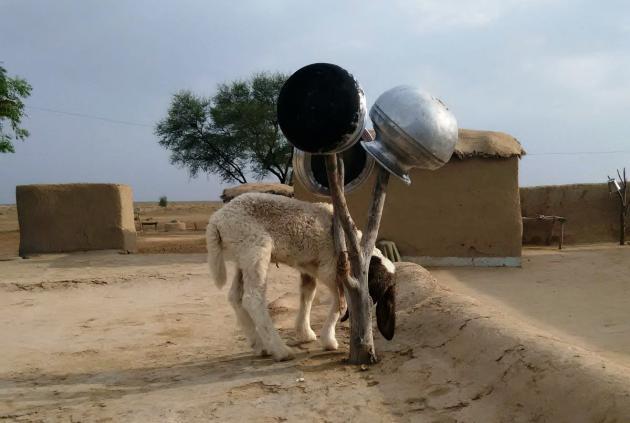 Nevertheless, the heat is not completely unwanted. The containers pictured here, which are also used for cooking, are hung up to dry. 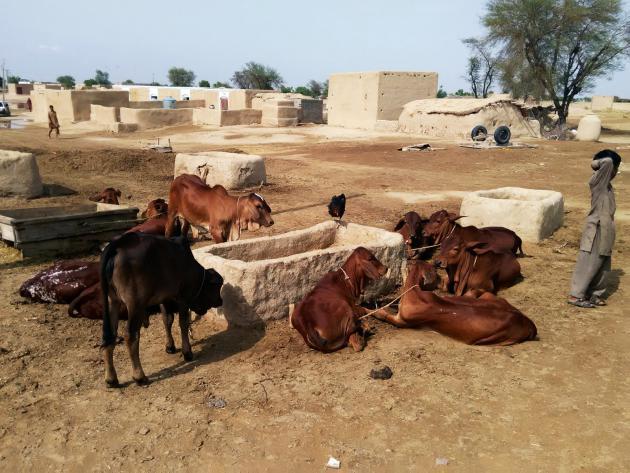 Just like camels, cows and sheep are an important source of income in the Cholistan Desert. In the markets of nearby cities, the nomads sell not only milk and meat products, but also wool. 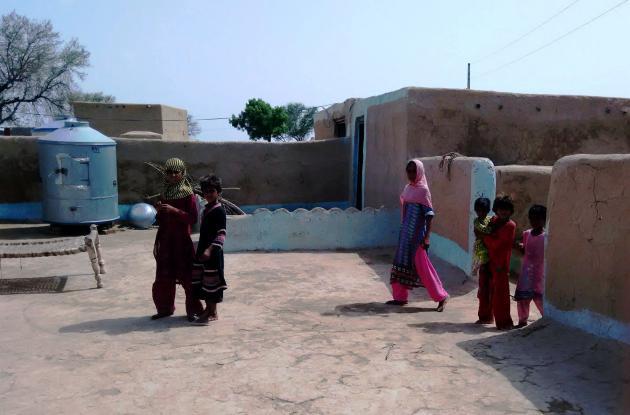 The back courtyard is for work and play: while children play in the evening, the women often prepare bread dough in large bowls, which can be seen here beside a small granary. 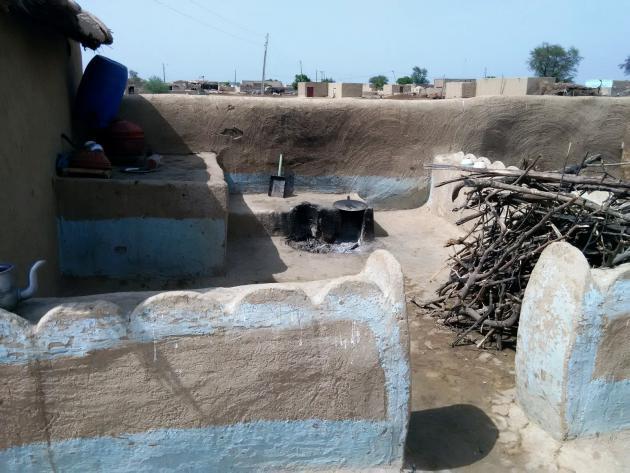 Most families have both an outdoor and an indoor hearth. Depending on the weather, they fry eggs, bake parathas and boil up milk tea here. 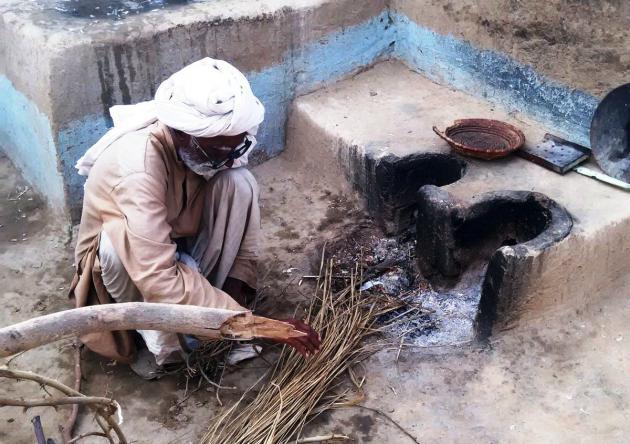 Elders claim that life in the desert is less egalitarian and there is less solidarity than in the past. They point to changes in how people access water. It used to be the case that rich and poor, brothers and cousins, all drank from the same well in an oasis. Now, almost everyone has a water pump at home and it is far less likely that people from different social strata rub shoulders at the well. 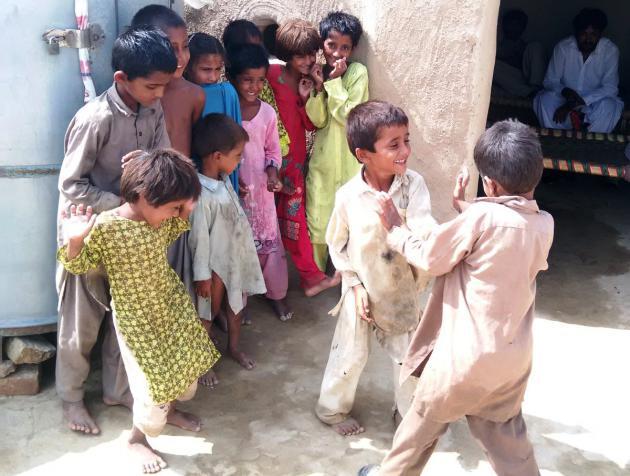 This is not an issue for the young people of the community: they play together and take care of their younger siblings while their parents work. 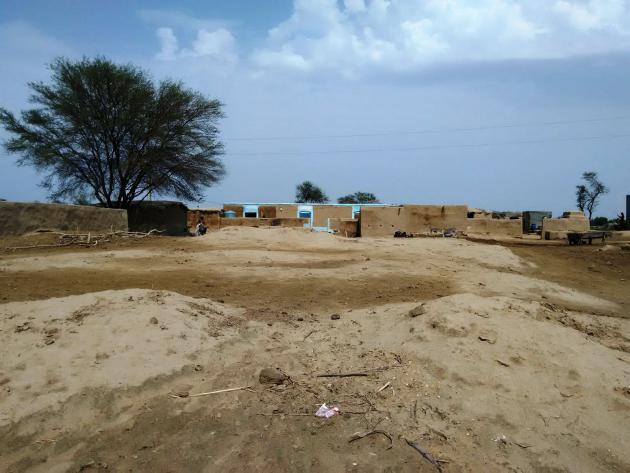 Since 1947, the rights to properties that once belonged to the nomads – but which was never registered anywhere – have been held by the Pakistani and Indian authorities. At the time, all lands that lacked documentation clearly naming the owner were declared property of the state. Many nomads regard themselves as landless and regret that they did not purchase property in time. Few of them could possibly have foreseen that where once they roamed free, borders would one day limit their freedom.