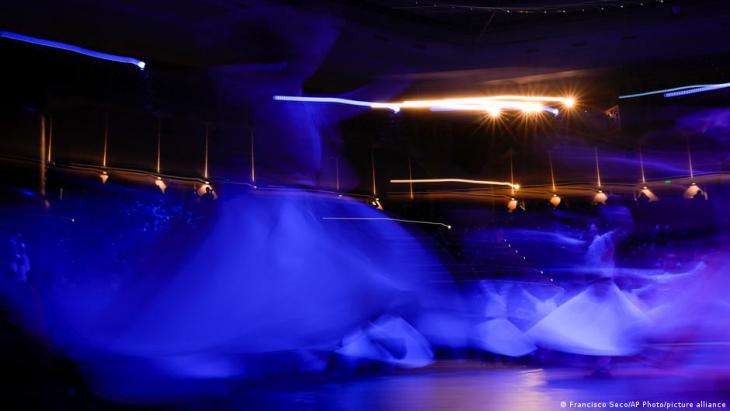 Visitors were able to return in 2021, after the coronavirus pandemic forced commemorations in 2020 to be held without spectators. One visitor said he was inspired to travel to Konya by Rumi: "Come! Come again! Whoever, whatever you may be, come! Heathen, idolatrous or fire worshipper, come! Even if you deny your oaths a hundred times, come! Our door is the door of hope, come! Come as you are!" 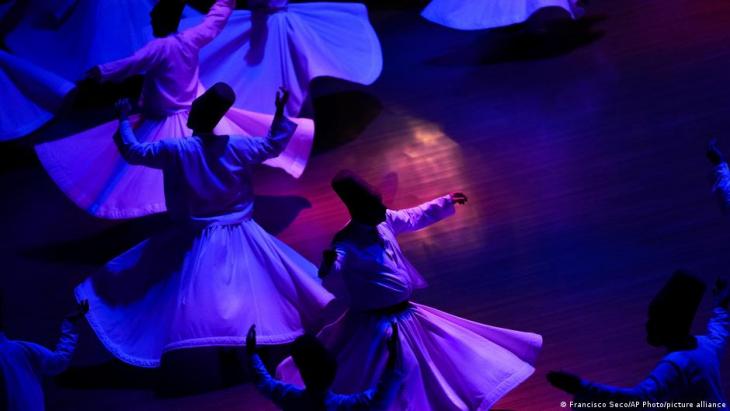 Instead of mourning Rumi's death, the ceremonies celebrate what his followers believe is his union with God. The main feature of the "Sheb-i Arus" or "night of the union", is an enchanting ritual performed by the dervishes of the Mevlevi order – more commonly known as the whirling dervishes 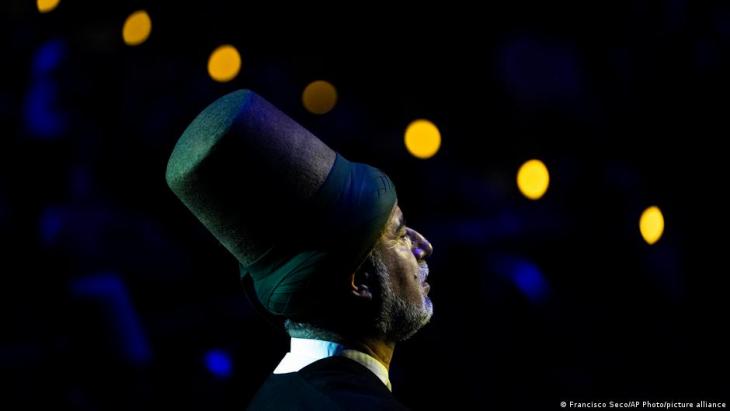 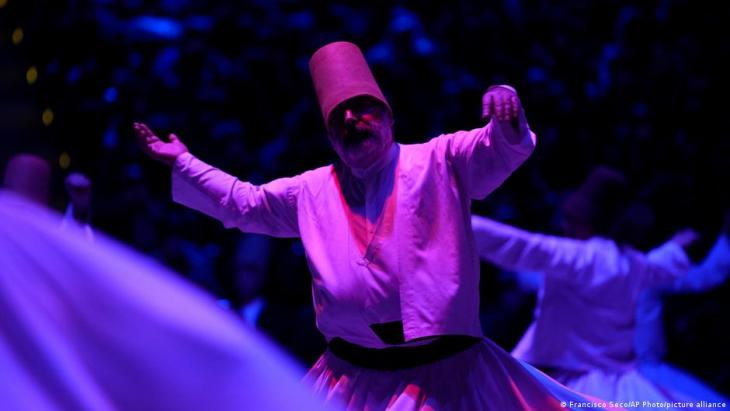 Leaving their cloaks on the ground, they take their places around the circular floor and begin to spin to reach a trance-like state that they believe unites them with God. As they whirl, the dervishes’ right hands are symbolically turned upward toward God, while their left hands are turned downward to Earth 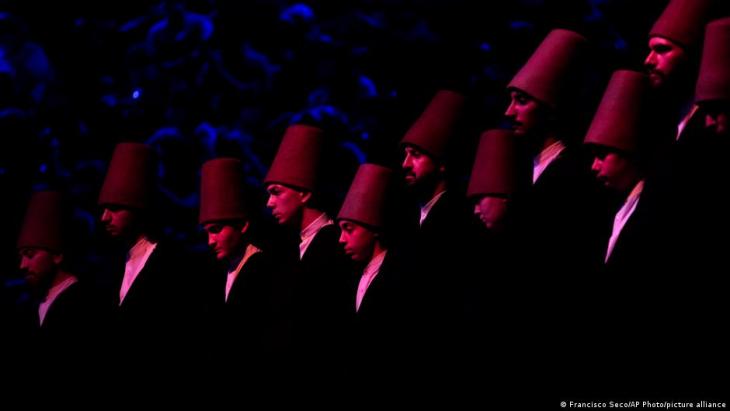 The ritual is performed to the sound of chanting and music from a reed flute and other instruments; it ends as it started, with the recital of prayers 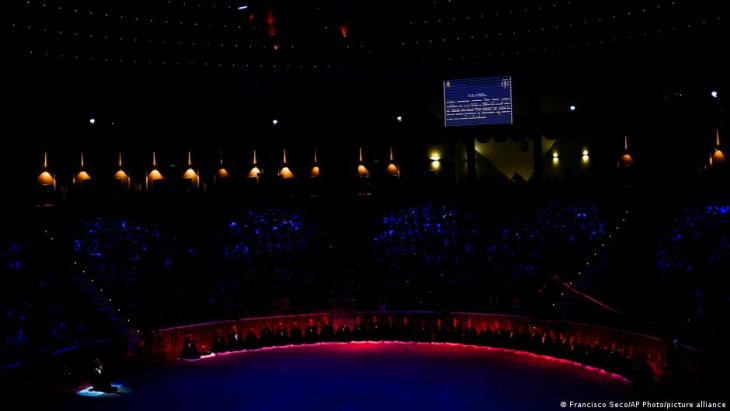 Rumi, who is known as Mevlana in Turkey, was born in Balkh – which is now in Afghanistan – in 1207, but settled in Konya, where he died on 17 December 1273. His son, Sultan Veled, established the Mevlevi order of the mystical form of Islam, Sufism, after his death 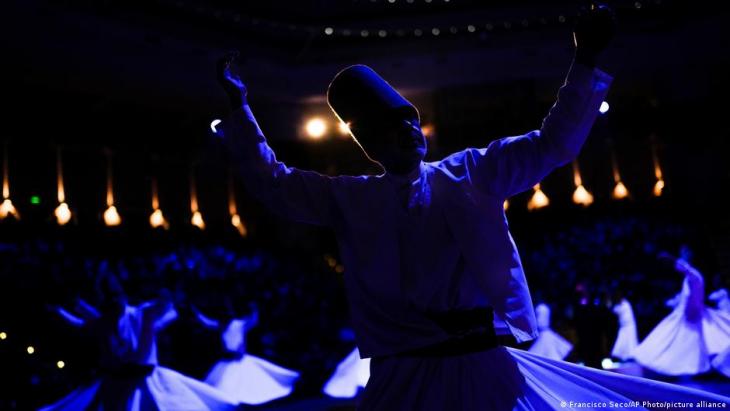 Although religious orders were banned in Turkey in the early 1920s with the establishment of the secular republic, the dervishes’ rituals were regarded as a cultural heritage and the order was largely tolerated 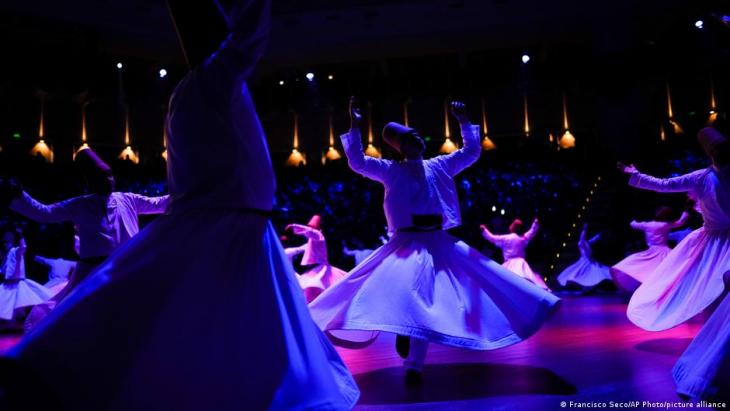 There are now many Sufi dervish orders around the world, including in the United States. Women have been allowed to join some lodges, although an overwhelming number of dervishes are men 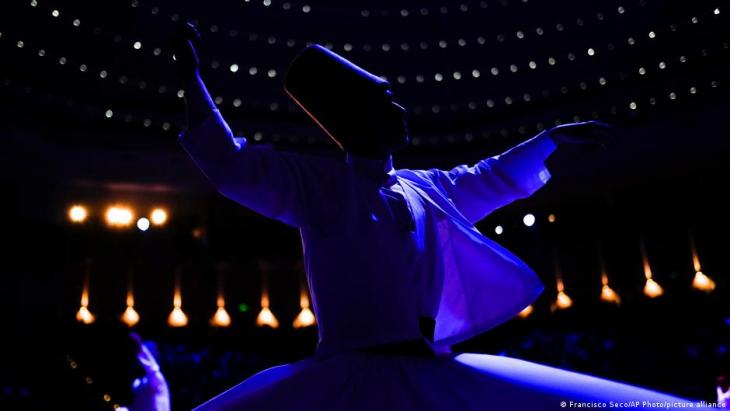 In 2005, the United Nations’ cultural body, UNESCO, proclaimed the dervishes’ ritual a masterpiece of "the oral and intangible heritage of humanity." The structure holding Rumi’s tomb in Konya is now a museum as well as a pilgrimage site

END_OF_DOCUMENT_TOKEN_TO_BE_REPLACED
Social media
and networks
Subscribe to our
newsletter