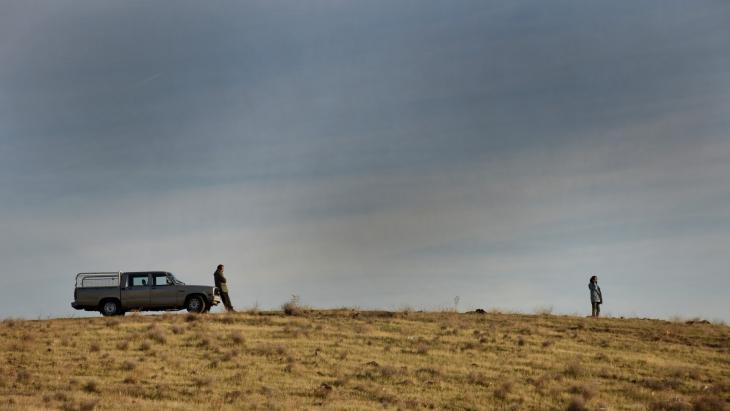 Mohammad Rasoulof’s film "Sheytan Vojud Nadarad" (There is No Evil) won the Berlinale, perpetuating the robust presence of Iranian cinema at the festival during the post-Kosslick era. The Golden Bear went to a powerful episodic film addressing the issue of difficult decisions and their consequences. In Iran, and everywhere else. By Rene Wildangel

"Jaye-to khali bud" is a Persian saying. It translates as "your place stayed empty" and is a way of expressing that someone was missed. On the day of the premiere, there was one empty seat at the press conference for the film "Sheytan vojud nadarad" (English title: There is No Evil): that of Mohammad Rasoulof himself.

In the first Berlinale under the new artistic direction of Carlo Chatrian, this film represented a grandiose Iranian contribution to the festival programme. Under his predecessor Dieter Kosslick, showcasing Iranian cinema became something of a tradition. Dialogue with Iran was a topic close to Kosslick's heart; he even travelled to Iran in 2015 with the then foreign minister Frank-Walter Steinmeier. While there he met the director Jafar Panahi, a man who had maintained close links with the Berlinale for many years and who was under house arrest. That very same year, Panahi won the Golden Bear for his film “Taxi”.

Wagging tongues were apt to complain that the political film became typecast under Kosslick: Iranian films were only favourites because of the adverse conditions in which they were created. What arrogance towards Iran’s magnificent film tradition! And now this: “Sheytan vojud Nadarad“ took the Golden Bear, to everyone's surprise.

An outcast in his own country

In Berlin, the prize was received by the producers Kaveh Farnam and Farzad Pak and Rasoulof’s daughter Baran. Mohammad Rasoulof, the winner of several prizes in Cannes, is one of Iran's best-known directors. But he hasn’t been able to leave the country since 2017, when he was arrested and placed under house arrest owing to his critical films.

His producers assure us that at present, he is able to move around freely within Iran itself. But a one-year prison sentence against Rasoulof still exists, a sentence that can in principle be enforced at any time. The director referred to this casually in a Skype interview for the Berlinale; the fears and dilemmas that lie just beneath the surface are possibly best observed in his award-winning film.

"Sheytan vojud nadard" is an episodic film that does not shy away from the big questions of life (and film); and – in keeping with the best of Iranian cinematic tradition – is not lacking in expansive visual vocabulary and hard-hitting symbolism. Four episodes deal with the question of what options remain for people required to commit terrible deeds.

The question is particularly relevant in unjust regimes, and not only with regard to today's Islamic Republic or the Shah era. The question is also one that has often been asked in Germany: "What would you have done?" You may say "yes" or you may say "no" – but you must always live with the consequences.

The banality of evil

In the first, a caring father takes great care of his elderly mother-in-law and, as far as his wife is concerned, is often too soft when it comes to parenting their daughter. Yet every evening he goes to work and during the nightshift, he is required to push a button as part of his routine. This button gives the signal for executions in a prison, seconds later the people are dead. He does this of his own free will and must live with the guilt he shoulders. 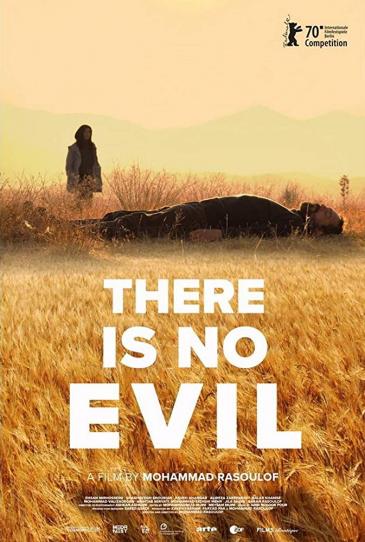 An executioner, yet he seems so normal, so likeable. The banality of evil? In interview, the director reveals that the episode – just like all the others – was inspired by personal experience. Rasolouf himself has experienced interrogation and torture at the hands of "normal" people like these, the fathers. The yes-men.

The third episode is also about a person who has accepted that he must carry out an execution order and live with his guilt – especially when he discovers the identity of the dead man.

Rasolouf knows only too well what saying no can mean. Because of the number of intellectuals, artists and activists detained there, Tehran’s Evin prison bears the cynical nickname "Evin University". Nevertheless, his refusal to accept state propaganda and censorship also shows how successfully scope for manoeuvre can be used. Although that scope has lessened in Iran.

The "beauty of saying no"

For example, it was obvious to Rasolouf and his team that they wouldn’t be allowed to make the film and so they took the decision to create it in painstaking stages; always under the Damocles sword of the director’s arrest. Rasolouf regards the possibility of being able to say no despite all the repression as key to being able to maintain his dignity. He calls it the "beauty of saying no".

In two episodes of the film, the protagonists opt to refuse execution orders. In the last episode, the young German-Iranian Darya travels to Iran to see her uncle Bahram who is terminally ill. Because he once refused to kill someone, he was punished and his career destroyed. His wife, who was pregnant at the time, fled to Europe and was killed in an accident, his daughter is growing up with relatives in Germany. That daughter is in fact Darya, who was brought up by Bahram’s brother Mansour. She believes Mansour to be her father until Bahram reveals the truth.

It is this last episode that is surely closest to the director’s heart. The part of Darya is played by his daughter Baran, who grew up in Hamburg and attended the Berlinale. "I feel very close to Darya, her questions are also my questions," said Baran at the media conference. "It has a great deal to do with our relationship. The consequence of my father’s decision to make political films is that we have often been apart," she said.

Up until his travel ban, Rasoulof travelled between Germany and Iran. "Every decision has a consequence. That’s what the film’s about," added Baran, who accepted the award at the ceremony on behalf of her father.

Scope of crime and punishment

In fantastical, high-contrast images the film illuminates these differing situations. The episodes are set in Tehran, in the arid southwest and the evergreen northwest of the country. The landscapes are as diverse as the constellations of scope for action, crime and punishment.

This film is not a documentary and – the producers emphasise – not a film about "the regime" in Tehran. This despite the fact that many international observers are intent on only judging Iranian films by these criteria: how harsh is the open, evident condemnation of the current political system? This is a highly one-dimensional and  unjust view of Iranian cinema.

"Obviously there’s repression in Iran," say the producers. And echoes of the hope for freedom in the country, both artistic and political, are omnipresent. Not just as strains of the global protest song "Bella Ciao", a song that has experienced a renaissance with a Persian version at the latest demonstrations in Iran and also globally.

But the producers don't want their film to be reduced to a political message. The jury awarded the "Golden Bear" not "only" for the boundless courage and sincerity of the director, but for a moving cinematic work of universal significance.

Iranian author Fariba Vafi is adept at describing everyday scenes and concealing within them something ambiguous, in parts strange and grotesque. She writes novels – which have ... END_OF_DOCUMENT_TOKEN_TO_BE_REPLACED

Her grandparents are Jews – born in Tunisia and Algeria. Director Cleo Cohen has now broken the silence about this with a very personal debut. By Nadine Wojcik END_OF_DOCUMENT_TOKEN_TO_BE_REPLACED

Life imprisonment for crimes against humanity: that was the sentence handed down to Anwar Raslan in the world's first trial of a member of the Syrian torture system. Matthias von ... END_OF_DOCUMENT_TOKEN_TO_BE_REPLACED

Every year in December, the team at Qantara.de takes a look back at the articles that proved most popular with our readers. This year is no different. Here is a run-down of the ... END_OF_DOCUMENT_TOKEN_TO_BE_REPLACED

With his new album, "A Voice Keeps Calling Me", the Persian santur player Kioomars Musayyebi is building bridges from Iran across the Arab world to European early music. By Stefan ... END_OF_DOCUMENT_TOKEN_TO_BE_REPLACED

Former lawyer Said Haider has invented a chatbot for those seeking advice on anti-discrimination issues – Meta is the first chatbot of its kind in the world. In conversation with ... END_OF_DOCUMENT_TOKEN_TO_BE_REPLACED
Author:
René Wildangel
Date:
Mail:
Send via mail

END_OF_DOCUMENT_TOKEN_TO_BE_REPLACED
Social media
and networks
Subscribe to our
newsletter