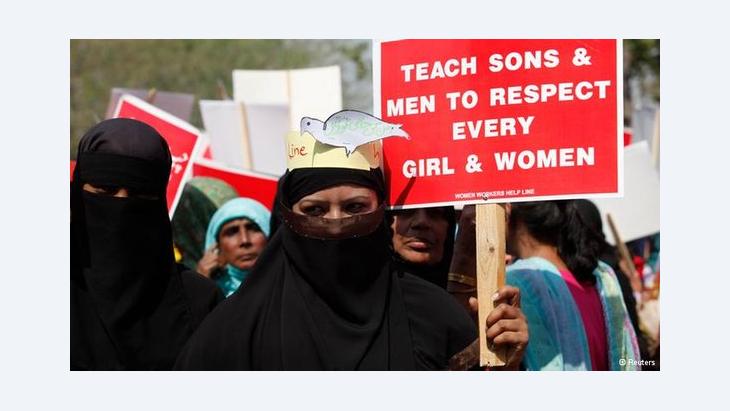 Woman and Social Networks in Pakistan

Hostility on the Internet

﻿Women in Pakistan are being harassed and are encountering hostility via social networks on the Internet. At the same time, many women's rights activists see the web as a new way to further their work. By Marcus Michaelsen

If a Pakistani woman journalist denounces child abuse and sexual harassment on Twitter, it can happen that she is threatened with rape. "I've received vile, detailed messages from random strangers who decide to tell me my home address and then live out their rape fantasies online."

Another women's rights activist has experienced a similar response. "Almost every time I talk about taboo issues on Facebook, Twitter or my blog, I receive hundreds of hate comments. Most of these involve calling me an atheist, an evil woman and an agent of the West. Most of them tell me I don’t know what I’m talking about and should 'go back to the kitchen'."

Both women have published their experiences on the Pakistani 'Take Back the Tech' campaign website, which draws attention to the issue of violence against women and seeks to promote the active use of digital media by women. The campaign originated in 2006 as part of the Association for Progressive Communications, a network that promotes human rights and development with the help of new communications technologies.

Since then, branches have sprung up in more than 20 countries. Last December, the network launched an important activity that focussed on 'digital storytelling'. In a series of short videos and articles posted on the Internet, women spoke about their own experiences of violence and abuse, but also of self-assertion and personal maturity.

Attacks on women with strong opinions

Nighat Dad, managing director of the Digital Rights Foundation in Pakistan, has observed that as use of the Internet becomes more widespread, more women are taking part in online debates about politics, religion, and sexuality. "All this is challenging the status quo and stereo types in an online space where there is a visible dominance of male internet users. When they see it is hard to win the arguments with women, they start abusing them and challenge their intellect and brain power," she says. 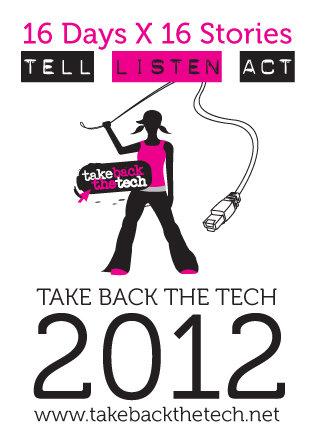 Online campaign: the Take Back the Tech campaign was set up in 2006 and seeks to combat tech-related violence against women. It was founded in Pakistan and has since spread to more than 20 countries.

​​Besides attacks against women with strong opinions, there are also new forms of harassment and abuse on the net. Take Back the Tech documents the case of a Facebook profile, that was spreading stolen private photos of a young Pakistani woman on the web accompanied by offensive comments. The photos then appeared on websites with personal ads or combined with pornographic images.

Women are also being secretly photographed or stalked with the use of mobile telephones. The journalist Saba Imtiaz described in an article how many Pakistani women are besieged with text messages from unknown men. They obviously get the telephone numbers either through random calls or covertly from delivery services or the staff of mobile telephone providers.

Of course, the new media only reflect the realities of society. Sexual violence against women is widespread in Pakistan. According to a poll conducted by the Dutch Rutgers World Population Foundation, 66 per cent of Pakistani women have at some time or another experienced violence. This is primarily attributed to poverty, lack of education, and social tension.

An additional problem is that in Pakistan's conservative society, the behaviour of women is closely linked to questions of honour and morality. Professor Farzana Bari, women's rights activist, has demanded in the Express Tribune newspaper that the perceptions of gender roles must be fundamentally altered in Pakistan. In order to combat violence against women, women need to be given greater financial, social, and legal support.

Yet, it was only in 2010 that a law against the harassment of women in the workplace was introduced. A law against domestic violence, on the other hand, has been delayed due to opposition from Islamic organizations, who have warned of an undermining of traditions and religious values.

Correspondingly, the means to act against harassment on the Internet are also limited. A proposed law on cybercrime, which has been under discussion for years, is concerned only with crimes such as fraud and data theft. The organization Bytes For All, which champions freedom of opinion on the Internet in Pakistan, also complains that the police and judicial authorities seldom display the necessary discretion in cases of sexual violence, whether online or elsewhere.

It is therefore all the more important to alert users to the risks. Bytes for All has created an interactive map that documents incidents of violence and harassment. In addition, the organization offers courses in online security. A poster campaign carried out on social networks calls for the use of digital media without restrictions.

﻿It is not only a matter of counteracting self-censorship, which, according to Nighat Dad, is how many women react to slander and aggression on the net. References to religion and morality also offer the pretext for state intervention in the digital sphere. In May 2010, the government shut down access to Facebook for two weeks because a competition involving Mohammed caricatures was being held on a member's profile.

YouTube has also been blocked in Pakistan since an anti-Islamic video provoked angry protests in September. Although the furore has long since died down, the Pakistani parliament recently recommended extending the blackout of the Internet platform. Shahzad Ahmand, director of Bytes for All, warns of the misuse of religion to further politically motivated censorship. After all, amateur videos documenting corruption and human rights abuses in the country have frequently been uploaded to YouTube in the past. 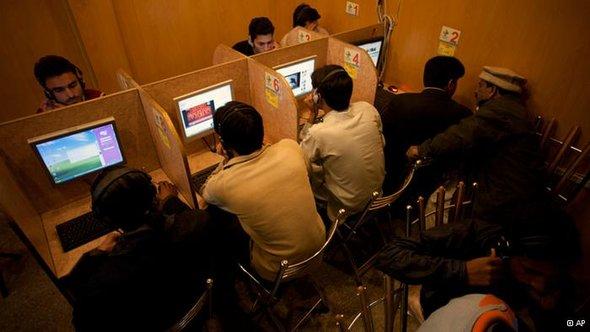 Fighting to keep the Internet free: in 2012, Pakistan called for bids to set up a national Internet filtering system capable of blocking 50 million websites. The declared justification for the move was the need to combat pornography and blasphemy and to protect national security. Thanks to a clever campaign, free speech activists managed to have the plan temporarily suspended

Last year, a minor victory was achieved against the state's need to impose controls. The government had announced a call for bids to set up of a national Internet filtering system. The justification was based on the need to combat pornography and blasphemy and to protect national security. With a clever campaign and international support, Pakistani network activists managed to force a provisional suspension of the plan.

Farieha Aziz took part in the campaign. Together with the blogger Sana Saleem, the journalist founded the organization Bolo Bhi (Speak Louder). Both women make use of their media experience to campaign for women's rights and freedom of expression. According to Farieha Aziz, Twitter and Facebook have opened new doors for activists to get their messages across to the public. If an issue garners sufficient attention on the net, then other media will sit up and take notice.

At the same time, social networks can help to correct reports from the press and television. When reports of rape were published including the names of victims, protests in social networks succeeded in bringing about a change to this unethical editorial policy, says Aziz. Internet users reacted similarly to a broadcast by the television presenter Maya Khan, who asked young couples in public parks on camera if they were married or not. Khan was forced to apologise and was subsequently fired.

There are many aspects to the struggle for freedom of expression and equal rights in Pakistan. As these women activists have shown through their experiences, digital media can serve both as a tool and a venue for action.

Home
Print
Newsletter
More on this topic
Pakistan after the Attempt on Malala Yousafzai's Life: A Vibrant Symbol for A Troubled Country
Related Topics
Democracy and civil society, Media in Pakistan, New media in the Muslim world
All Topics

Coronavirus continues unabated. Iran remains a hub of infection, war-torn Syria has recorded its first case and Yemen is bracing itself for the worst. Here’s the latest from ... END_OF_DOCUMENT_TOKEN_TO_BE_REPLACED

With borders closing and the opportunities for international travel shrinking by the hour, we take a look at coronavirus developments across the Middle East and the wider Muslim ... END_OF_DOCUMENT_TOKEN_TO_BE_REPLACED 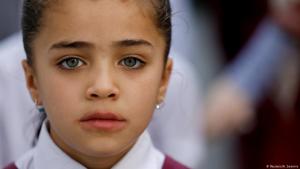 High walls around the neighbourhoods of Pakistan’s embattled Hazara community in the southwestern city of Quetta are designed to protect them from extremist militants, but also ... END_OF_DOCUMENT_TOKEN_TO_BE_REPLACED

Many predominantly Muslim countries have penal laws against "blasphemy", "defamation of religion" and "apostasy". In practice they serve as highly effective weapons to settle ... END_OF_DOCUMENT_TOKEN_TO_BE_REPLACED

Modi’s Citizenship Amendment Act grants the Indian citizenship to members of persecuted minorities from neighbouring countries, yet excludes Muslims. This has sparked waves of ... END_OF_DOCUMENT_TOKEN_TO_BE_REPLACED

Calls for a free Kashmir are becoming louder on both sides of the divided region. Can the German reunification model be applied to the India- and Pakistan-ruled Kashmirs? And what ... END_OF_DOCUMENT_TOKEN_TO_BE_REPLACED
Author:
Marcus Michaelsen
Date:
Mail:
Send via mail

END_OF_DOCUMENT_TOKEN_TO_BE_REPLACED
Social media
and networks
Subscribe to our
newsletter