Skip to main content
Women as Sharia Judges in Malaysia

A Step forward in Equal Rights

​​Women's groups, including Sisters in Islam (SIS), the group I belong to, hailed the appointment of Rafidah Abdul Razak und Surayah Ramlee as female judges to Islamic courts as a long awaited move given the many problems that women face in the so-called Syariah Courts, especially in matters related to the family. Long an advocate for justice and equality for Muslim women, SIS has been calling for female appointments since at least 1999.

Malaysia's civil laws are under the province of the federal government. But the federal constitution gives its 13 states jurisdiction over two areas: land and laws governing "persons professing the Islamic faith", which involve family matters such as marriages, divorce, custody and inheritance. Syariah Courts have no jurisdiction over non-Muslims and matters related to Islamic practices are not heard in the civil courts.

The government has talked about reforming the court system for some time, and though the appointment of women to the Syariah Courts was made only last month, the actual decision to appoint female judges was made in 2006. Though these two judges practice in the federal-level Syariah Courts, this is an important move as their appointments set an example for Syariah Courts to follow at the state-level. 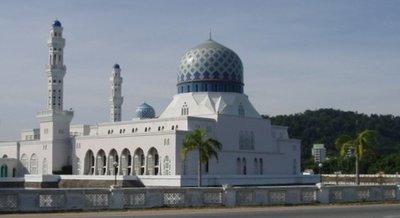 Kota Kinabalu City Mosque: Islam is the official religion of Malaysia, and the Government actively promotes the spread of Islam in the country. Islam was first brought to Malaysia by Indian Muslim traders in the 12th century AD

​​Unfortunately, the initial euphoria women's groups felt about these female appointments was much dampened about two weeks after the July announcement: a committee of 20 Syariah Court judges – all men – held a meeting to discuss which cases female judges could preside over.

An Islamic Appeals Court Judge Datuk Md Yusup Che Teh stated that this needed to be straightened out because there were certain cases that women could not preside over, such as divorce and wali hakim cases, that concern the role of male guardians. The problem is that it is primarily in divorce cases that many Malaysian women face injustice, whether in issues of custody or division of assets.

Furthermore, cases involving male guardians naturally affect only women who, for example, are not allowed to get married without their consent. In most cases, guardians are their own fathers, but in cases where fathers are absent and no other male relatives are available, courts need to appoint guardians for the bride, which can cause delays. Women's rights groups were excited about the prospect of having female judges precisely because they could oversee such cases in which women feel they are treated unfairly. The hope is that female judges would rule more fairly when dividing assets in cases of divorce or custody, and would confirm the appointment of guardians more quickly in cases where the biological fathers of brides are missing. 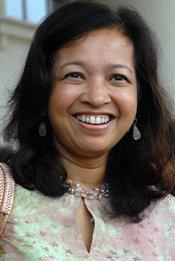 ​​"The appointments were made to enhance justice in cases involving family and women's rights, and to meet current needs," said prime minister Najib Razak. And while this move seems to have alarmed some of the more conservative judges in the Syariah Courts, the concerns of women's groups have turned out to be unfounded: at the end of July, a special panel decided that female judges do indeed have jurisdiction over the same cases as male judges.

It should be noted that the Qur'an enjoins judges to use their wisdom to ensure justice, stating that "if ye judge between mankind, that ye judge justly" (4:58). The verse emphasises justice without stating whether judges should be male or female. There is therefore no barrier for women to be judges in the Syariah Court system, as they have long been in the civil courts. The task now is to ensure that male or female, judges uphold justice.

Qantara.de Interview with Anwar Ibrahim"We Face a Deficit of Democracy in Malaysia"As leader of the opposition, Anwar Ibrahim is one of Malaysia's most influential politicians. In this interview with Rizki Nugraha he speaks about Muslim-Christian relations, the influence of religion on politics and the outlook for democracy in his country Islam and Politics in MalaysiaIslamist Genie Is out of the BottleIn Malaysia's current political climate, it is no longer possible to distinguish Islamic radicals from Islamic moderates. Despite official boasting about the country's diverse population and commitment to pluralism, Islam and the government have essentially merged, writes Maznah Mohamad The Malaysian Muslim Scholar Chandra MuzaffarThe Basic Moral Values of the KoranChandra Muzaffar is one of Malaysia's best-known human rights activists and public intellectuals. While being critical of western global hegemony, he says Muslims have to fundamentally re-evaluate their understanding of Islam and its traditions. By Yogi Sikand

Lacking support from Arab countries for its stance on the Kashmir dispute, Pakistan is looking for new alliances under China's leadership. How practical is it for Islamabad to ... END_OF_DOCUMENT_TOKEN_TO_BE_REPLACED

According to the latest Reuters tally, more than 2.54 million people are now reported to have been infected by the novel coronavirus globally and 177,004 have died. As Muslims ... END_OF_DOCUMENT_TOKEN_TO_BE_REPLACED

Around the Islamic world, lockdowns and curfews are being extended and religious ceremonies are being cancelled outright in the hope of slowing the spread of COVID-19. Here’s the ... END_OF_DOCUMENT_TOKEN_TO_BE_REPLACED

Why are predominantly Muslim countries lagging behind when it comes to democracy and human rights? Dutch sociologist Ruud Koopmans uses a lot of figures to underpin his theory ... END_OF_DOCUMENT_TOKEN_TO_BE_REPLACED

How to talk about spiritual matters in a highly secularised, hyper-pragmatic society? This was the question artists exhibiting at the Stamford Art Centre in Singapore grappled ... END_OF_DOCUMENT_TOKEN_TO_BE_REPLACED

Many predominantly Muslim countries have penal laws against "blasphemy", "defamation of religion" and "apostasy". In practice they serve as highly effective weapons to settle ... END_OF_DOCUMENT_TOKEN_TO_BE_REPLACED
Date:
Mail:
Send via mail

END_OF_DOCUMENT_TOKEN_TO_BE_REPLACED
Social media
and networks
Subscribe to our
newsletter