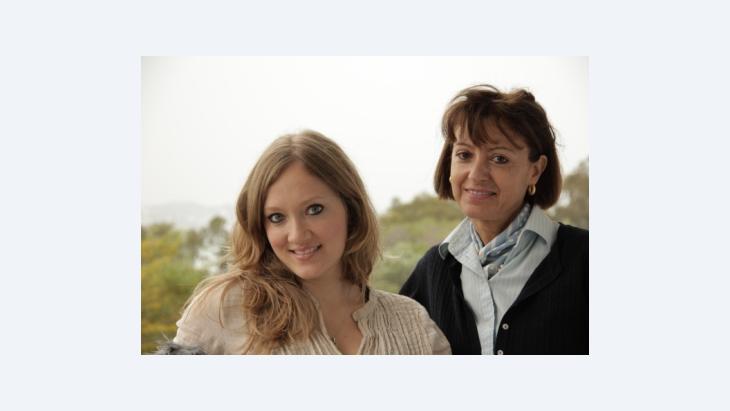 Women Entrepreneurs in the Arab World

"Ouissal" means "connection". A new project bearing this name offers women entrepreneurs from Germany and Tunisia the opportunity to get to know each other and offer mutual support in their professional careers – a dialogue between equal partners. By Martina Sabra

As is often the case, things began with a fortunate coincidence. "In early 2013, I was taking a vacation in the marvellous desert landscape of southern Tunisia," relates the media expert and business consultant Simone Brecht from Hamburg. "There I happened to meet another German traveller who was in Tunisia on business and she told me of a fascinating German-Arab women's initiative."

The talk was about "Ouissal" – a mentoring programme for women professionals and entrepreneurs from Germany and Tunisia, where women from both countries work in pairs on diverse projects. Simone Brecht listened attentively. "I had already had business relations with women from Arab countries. The women had fascinated me with their direct, self-confident manner."

Simone Brecht decided on the spot to apply to participate in "Ouissal" and was accepted. Since then, she has had a close and regular professional exchange with the 28-year-old Yasmine Sfar from Tunisia for over six months.

The idea for the Ouissal project is a professional exchange between women from Europe and North Africa, thereby strengthening the economic and social participation of women in Tunisia

Sfar is a designer, who had studied interior architecture in France, and is now establishing a company for quality contemporary arts and crafts in Tunis. She produces and markets ceramics and small furniture that have unusual and modern designs with the aim of exporting her wares to the EU and the USA.

A "partnership of transformation" with Tunisia

"I am among those who already have a project up and running," explained Yasmine Sfar in an interview with Qantara.de. "Therefore, Simone offers me very concrete and practical advice, above all, concerning marketing. How do I develop the company's image? How do I set up an Internet presence? How should my regular newsletter look?"

What Yasmine Sfar values most about the mentoring project is that someone from the outside is having a look at her work. "On the one hand, Simone is very professional, yet she also possesses the necessary distance. Her feedback has been a great help to me."

The women's mentoring platform www.ouissal.org is financed by the German Foreign Office within the framework of the so-called "transformation partnership" with post-revolutionary Tunisia. The organization responsible for implementing policy is the "Euro-Mediterranean Association for Cooperation and Development" (EMA) in Hamburg. 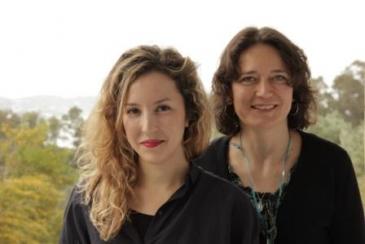 Clara Gruitrooy, an expert in intercultural cooperation and international relations, supervises the project. "Our goal is to promote professional exchanges between women in Europe and North Africa and to strengthen economic and social participation of women in Tunisia," she explains. "In our tandem programme, the mentor and the mentee are supposed to work together to realize a business idea. What is important for us, however, is not only a brilliant business idea, but also sustainability and intercultural learning," adds Clara Gruitrooy.

In early 2013, when EMA launched its appeal with business associations, chambers of commerce, and other institutions, the response was much greater than expected. More than 150 women wanted to participate. A top-notch jury was established to choose fifteen German-Tunisian tandems.

The selection criteria allowed for the widest possible degree of diversity. Participants were to be selected from different age groups, have different professions, and come from different regions of Tunisia and Germany.

In addition, the mentoring process is not meant to be a one-way street. "We want to have Tunisian as well as German women assume the mentor role," says Clara Gruitrooy. The Tunisian mentors are still in the minority, yet they supervise exciting projects. For example, the 49-year-old Tunisian Sihem Mahjoub advises the 25-year-old German Lisa M. Gimsa on the testing of the so-called "Paulinator", a facility to produce sustainable electricity in coastal regions.

Ibtissem Bouattay is also enthusiastic about "Ouissal". The 50-year-old engineer is fulfilling her long-held dream in the tiny seaside resort of Raf Raf, an hour's drive northwest of Tunis. She is setting up an eco lodge. By 2014, tourists will be able to vacation here close to nature.

Those in search of rest and relaxation will not be the only beneficiaries of sustainable tourism in the region. The local population will also benefit. A citizen's initiative is helping the inhabitants of Raf Raf to profitably market their traditional agricultural products as well as arts and crafts.

Ibtissem Bouattay receives professional consulting within the framework of the mentoring programme from the 40-year-old Martina Rieth from Frankfurt, who works as a manager with a German aviation company. "As an engineer, I hardly had anything to do with marketing beforehand," says Ibtissem Bouattay. "Martina, on the other hand, is an expert in this field."

For her part, Martina Rieth is pleased to have the opportunity to get to know this innovative Tunisian entrepreneur so personally and intensively. "I have often conducted business in the Arab world, but my business partners were usually men. My information about the role of women in the Arab Spring and on the changes in society and family came exclusively from the media. I prefer to form my own individual picture of things. The mentoring project has made this possible."

A total of 30 women are taking part in the Tunisian-German mentoring programme. In April 2013, they met together at the first workshop in Tunis. At present, the tandem teams work on their common projects by e-mail and Skype. On 24 October, project results will be presented and conclusions discussed as part of a conference in Berlin.

This will not, however, mark the end of the project. "We have developed many networks and the demand to expand the project is very high in both countries," says Clara Gruitrooy. EMA is therefore holding discussions on a repeat of the project for 2014. It remains unclear, however, if there will be sufficient financing.

Home
Print
Newsletter
More on this topic
Tunisia's Economic Crisis:The Decline of the Middle ClassDemocratisation and Economic Development in Tunisia and Egypt: Looking for a Third WayQantara.de Dossier: Tunisia
Related Topics
Ecology, Islam and the West, Places of Dialogue, Women in the Islamic world
All Topics

The change in U.S. president is also having an impact on the conflict between Turkey and Greece. Since the USA has started to play the Greek card, the strategic situation in the ... END_OF_DOCUMENT_TOKEN_TO_BE_REPLACED

Years ago, the International Holocaust Remembrance Alliance formulated how hatred of Jews can be recognised. Now a new definition is causing controversy. By Sarah Judith Hofmann END_OF_DOCUMENT_TOKEN_TO_BE_REPLACED

On 15 June, the "Islamkolleg" in Osnabruck officially launched its new training programme for imams in German. The college is intended to prepare Islamic theologians for their ... END_OF_DOCUMENT_TOKEN_TO_BE_REPLACED

For centuries, the great classical Persian author Hafez has inspired German writers. Translations, adaptions and homages have been created in his wake, and the process continues ... END_OF_DOCUMENT_TOKEN_TO_BE_REPLACED

Business in the Moroccan city of Tangiers is booming due to its location at the nexus of global trade routes. But many locals are failing to reap the benefits. What they crave ... END_OF_DOCUMENT_TOKEN_TO_BE_REPLACED
Author:
Martina Sabra
Date:
Mail:
Send via mail

END_OF_DOCUMENT_TOKEN_TO_BE_REPLACED
Social media
and networks
Subscribe to our
newsletter