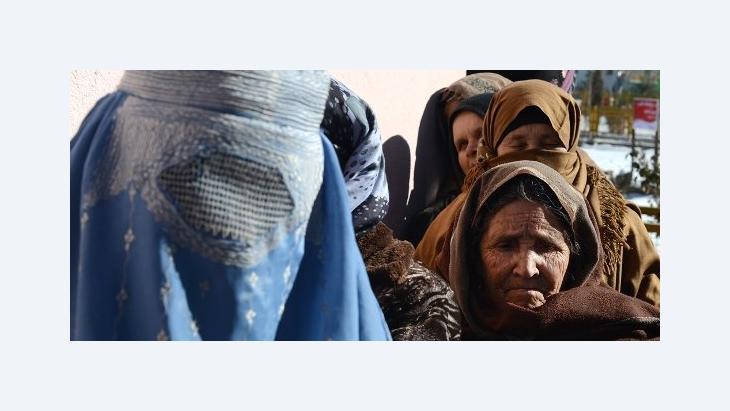 In Prison for Being Raped

﻿The NATO mandate in Afghanistan is drawing to a close. But the western forces will leave unfinished business behind when they pull out in 2014. Many promises were made to Afghan people a decade ago, and many remain unfulfilled – for instance, in regard to women's rights. By Sheila Mysorekar

﻿When international troops ended the Taliban regime in 2001, the plight of Afghanistan's women was one argument for military intervention. The presence of the troops of the International Assistance Force ISAF is bound to end in 2014. There was ample time since 2001 to help to build a fully operational state, to create space for civil society and to improve the lives of women. So far, however, the legacy of the west does not amount to much.

Recent figures show a dire picture: 85 per cent of Afghan women are illiterate, and 57 per cent of them are married as minors. Every half an hour an Afghan woman dies in childbirth, and the maternal mortality rate is the second highest in the world.

"The West is trying to pull out of Afghanistan and to maintain a good image, while ignoring what is going on. We have to talk about these issues now – in 2014 it will be too late", says Jörgen Klußmann, who organised a conference on women's rights in Afghanistan in Germany in early December on behalf of the Protestant church and medica mondiale, a non-governmental organisation that promotes women's health. 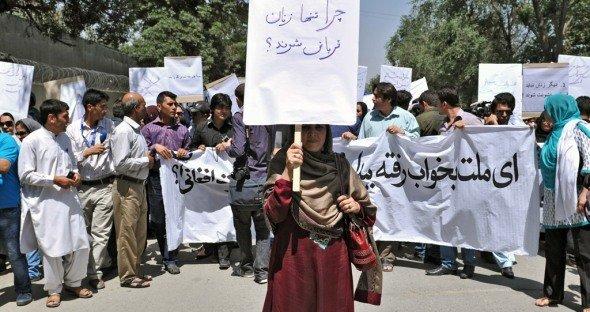 Justice perverted: According to NGO statistics, more than half of Afghanistan's female prison inmates are incarcerated because of so-called "moral crimes". Many of them are accused of adultery only because they suffered rape

​​Women are particularly important for any peace process, anywhere. In Afghanistan, however, they are excluded from public life. Monika Hauser, the founder of medica mondiale, puts it bluntly: "The international community has failed the Afghan women." Medica mondiale has been working in Afghanistan since 2002. The NGO offers female victims of violence medical treatment, psychosocial care and legal advice. In hindsight, Hauser says, support for women's rights "was simply a pretext western forces gave for asserting their own interests in Afghanistan".

Thomas Ruttig, the director of the Afghanistan Analysts Network, agrees. According to German government statistics, the violence against women rose by 28 per cent in Afghanistan in 2012. This negative trend does not inspire much hope. The democratic process has petered out, Ruttig says, and the retreat of the ISAF troops will show that the strategy of the international community has failed: "The West has mainly supported the military side and hardly invested in building civil so¬ciety." He adds: "There is no peace process in Afghanistan."

"Every 18 seconds, a woman in Afghanistan becomes a victim of violence" states psychologist Zarghona Ahmadzai, who works with NGO Medica/Afghanistan, which branched out from medica mon¬diale. She identifies four root causes:

• patriarchal traditions, including the marriage of minors to adult men,
• no rule of law, so abused women cannot claim their rights,
• destruction of the social fabric, for instance due to the displacement of families, and finally
• poverty and lack of security.

More than half of the female prison inmates in Afghanistan are incarcerated because of so-called "moral crimes", Zarghona Ahmadzai reports. Many of them are accused of adultery only because they suffered rape. Another serious problem is the tradition of handing young woman over as "gifts" to hostile tribes in order to settle disputes. The consequences of the many forms of violence are depression and other psychosomatic illnesses. All too often, young women commit suicide. 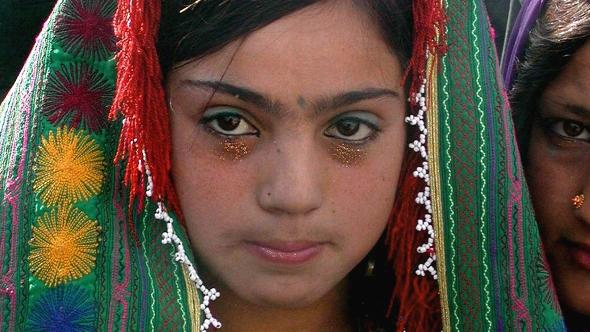 Patriarchal traditions: In Afghanistan, 57 per cent of women are married as minors. Critics say the international community has failed the Afghan women. Pictured: A twelve year old bride during the wedding ceremony in Herat

​​The attitude of the local police isn't helpful either, reports Sajia Begham Amir, a lawyer: "When a battered woman comes to the police station to file a charge, often enough the policemen say: 'You are a bad woman, otherwise you wouldn't have problems at home.'" There are special trainings for police to raise awareness about women's rights, but according to Sajia Begham, this is not enough.

In her eyes, Afghan women – particularly in the countryside – must gain economic independence. Adult literacy courses and more employment opportunities would make a difference in the long run, she says.

The status of women is a clear indicator of the state of human rights. By 2014, when the ISAF troops leave, it may be too late to do something about it.

END_OF_DOCUMENT_TOKEN_TO_BE_REPLACED
Social media
and networks
Subscribe to our
newsletter