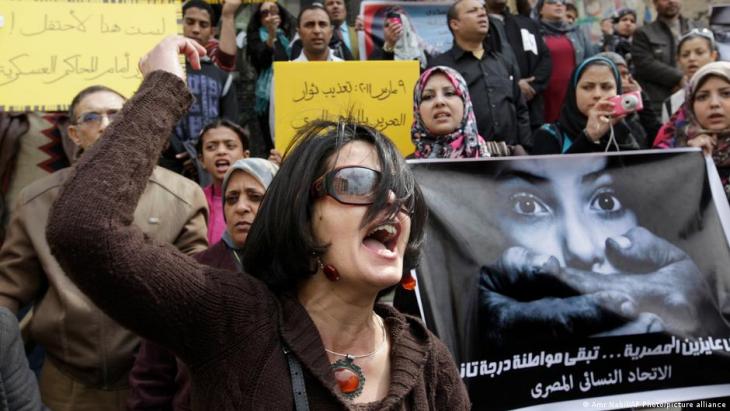 Persecution, prosecution and public shaming have led to a new wave of solidarity among women in Egypt. Could this kind of grassroots movement gain enough power to change the difficult situation on the ground? By Jennifer Holleis

Every morning, Mona Eltahawy posts the same message to her followers on Twitter: "Starting my day and sending love and solidarity to you all." Displaying solidarity with her predominantly female followers has become essential for the Egyptian-American social media activist, who is among the leading figures when it comes to supporting Arab women in their fight against emotional or sexual harrassment, discrimination, public shaming and persecution.

It also didn't take Eltahawy long to side with 30-year-old Egyptian teacher Aya Youssef, who found herself widely bashed on social media after a video clip that showed her belly-dancing on a Nile cruise went viral.

As a consequence of this public shaming, Youssef lost her job as an Arabic teacher, and her husband filed for divorce. However, the case also sparked an immense amount of support from women.

"I heard of Aya following the huge attack which left her isolated, jobless and divorced," said Nihad Abu al-Qumsan, the head of the prominent Cairo-based Egyptian Centre for Women's Rights. "As a lawyer, I was able to help her on a legal level, and I offered her a job. But personally, I wanted to signal support and show her that she is not alone," al-Qumsan explained. For al-Qumsan, it was equally important that Youssef know "she didn't do anything wrong, she expressed joy and this is not a mistake".

After ongoing support online and by al-Qumsan, Youssef's case was eventually revisited by the authorities and she was offered a position at a different school. 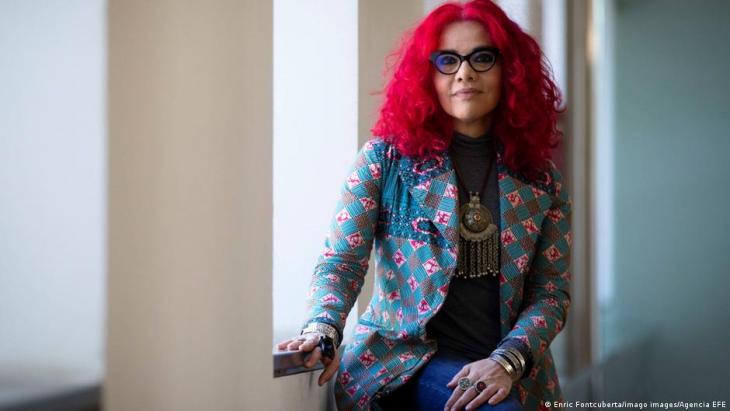 A outspoken protagonist of Arab feminism: Egyptian-American social media activist Mona Eltahawy supports women in the region in their fight against sexual harassment and discrimination. She also stood up for the 30-year-old teacher Aya Youssef. She had been the target of much public hostility after an internet video showed Youssef belly-dancing on a Nile cruise. Youssef initially lost her job as a teacher, but after sustained solidarity online, her case was re-examined by the authorities. They re-evaluated the case - and offered her a job at another school.

Another recent example of women supporting women – albeit without such a happy ending so far – followed the renewed conviction of the women's rights defender Amal Fathy by Egypt's Court of Cassation at the beginning of January. In 2018, Fathy had criticised the Egyptian authorities for not protecting women from sexual harassment.

In turn, she was arrested and sentenced to two years in prison for "spreading false news with the intention of harming the Egyptian state" and "public insult". Non-governmental organisations, human rights groups and women such as Mona Eltahawy furiously took to the Internet to condemn the decision.

While the Egyptian government has been cracking down on dissidents for years, over past months it has upped its repression in response to increased outcry. And meanwhile in an Orwellian twist, this year's national strategy for human rights, dubbed "2022 Year of Civil Society" by Egypt's President Abdul Fattah al-Sisi, seems to be curbing solidarity movements still further.

Particularly in the past two years, many women have been targeted with arrest and harsh sentences, often under the pretence of having harmed "morality" or having committed "public indecency". Often the government also accuses dissidents of receiving money from abroad. A circumstance that makes them "foreign agents" before the law. As such, they are vulnerable to legal action.

"Since 2015, I have been repeatedly arrested, they froze my personal accounts and those of my law firm," revealed prominent lawyer Azza Soliman. She is among those who are accused of having received international funding. This circumstance can be interpreted as an act against the state.

In 2016, her case was moved to criminal court and she is expecting a verdict in mid-February this year. "One of the reasons why I am still smiling is that I have received thousands of letters of support," Soliman said, adding "I know I am not alone and have supporters behind me."

On one occasion in 2017, she was released within hours after being arrested due to pressure from supporters. Before the hearings at court, supporters had gathered outside the building to signal their solidarity. 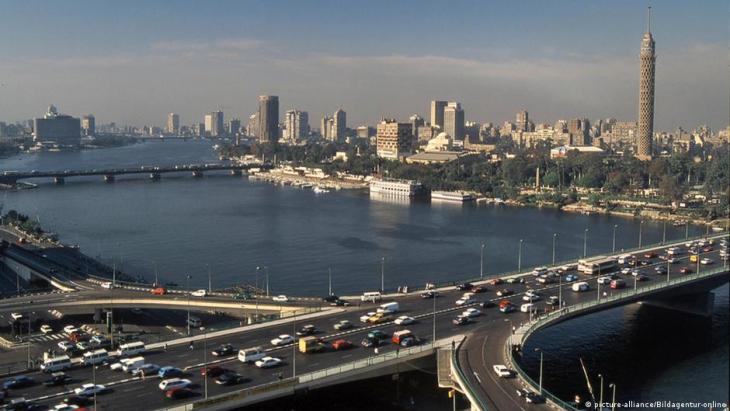 Cairo, metropolis on the Nile: generating impetus for Arab women's movements. "The Egyptian feminist movement, especially the younger feminists, seems to be taking great strides forward," said Habiba Abdelaal, a fellow of the Tahrir Institute for Middle East Policy and an expert on sexual and gender-based violence in Egypt. "Particularly at the grassroots level – with young women inventing new forms of activism to draw attention to sexual violence that affects them both in their homes and the street," says Abdelaal

"While this is absolutely amazing, my assets are still frozen and I need to ask my son for money when I want to buy something more expensive," Soliman said. Her accounts were frozen based on the allegation that she'd received foreign funding.

She is also concerned that clients may develop a negative perception when they see her depicted in the media as someone who works against the government.

"The Egyptian feminist movement, especially the younger feminists, seems to be taking great strides forward," said Habiba Abdelaal, a fellow of the Tahrir Institute for Middle East Policy and an expert on sexual and gender-based violence in Egypt. "Particularly at the grassroots level – with young women inventing new forms of activism to draw attention to sexual violence that affects them both in their homes and the street," Abdelaal continued.

One popular example is the organisation#SpeakUp, which has gathered 337,000 followers on Facebook and 37,000 followers on Twitter in less than 1 1/2 years. The group defines itself as a "feminist initiative to support victims of violence", working to highlight individual cases.

Another example is the Instagram page "Assault Police", with 346,000 followers. The group fiercely campaigns against the "personal status law", or #guardianshipismyright. In early 2021, the Egyptian government approved a personal status bill that requires women to get the consent of a male guardian to get married, to register a child's birth, or to travel abroad. The draft law also favours fathers in child custody matters, whereas currently, mothers are given priority. The bill has been under review for the past year and has not yet been formally presented to parliament for ratification.

However, the growing numbers of grassroot supporters, along with a dozen renowned organisations, have yet to become a real challenge for the government. One likely reason is that their voices are so far unaffiliated with any organising body. Beyond this, a significant portion of the population supports Sisi's increasingly conservative line of thought. Many people, for example, still regard sex education as taboo.

Yet another reason is how human rights defenders have recently had their wings clipped by the highly controversial "NGO law" that compelled organisations to register with a government database by last week. Signing up includes a pledge not to criticise the government or work politically.

As a result, the renowned Arabic Network for Human Rights suspended its activities "in the absence of the bare minimum of the rule of law and respect for human rights". The same guidelines are also massively restricting the political and organisational scope of Egyptian women's rights activists.

Tourists have been returning to Tunisia, Egypt and Morocco. But, given the global uncertainty caused by the Ukraine war, will the comeback be enough to save a struggling sector, ... END_OF_DOCUMENT_TOKEN_TO_BE_REPLACED

In this essay, renowned Lebanese journalist and writer Hazem Saghieh asks whether the Arab Levant, which stretches from Iraq in the East to Egypt in the West, will remain an ... END_OF_DOCUMENT_TOKEN_TO_BE_REPLACED

By 2050, the Middle East and North Africa could be dealing with many more elderly people suffering from dementia. A lack of facilities, specialists and local knowledge means the ... END_OF_DOCUMENT_TOKEN_TO_BE_REPLACED

With his fist bump greeting for a man he previously called a pariah, US President Biden has paved the way for Saudi Crown Prince Mohammed bin Salman's return to the international ... END_OF_DOCUMENT_TOKEN_TO_BE_REPLACED

Foresight is needed to turn the tide of German policy. Being independent of Russia must not lead to dependence on authoritarian regimes in the Middle East. By Kristin Helberg END_OF_DOCUMENT_TOKEN_TO_BE_REPLACED
Author:
Jennifer Holleis
Date:
Mail:
Send via mail

END_OF_DOCUMENT_TOKEN_TO_BE_REPLACED
Social media
and networks
Subscribe to our
newsletter