Plans had been brewing in society for decades before the Brotherhood's rise to power, aiming to strip the meagre rights women had fought hard to achieve, not only glorifying the roles of stay-at-home wives and mothers, but intentionally dropping out of history books the female role models and the stories of the pioneer women of the Egyptian suffragettes who fought hard to advance the rights of women.

Moreover, contemporary women's advocates have been vilified, and their causes and mental states discredited. It is no surprise that these women are a threat to the voices trying to hinder women's achievements. As a result, women have not only lost their role models, but also some of their rights, and their status has reached a point of stagnation.

Fortunately, multiple factors have helped to slow down the growth and momentum of anti-women's rights movements. They have not come to a complete stop yet, as the struggle between the forces of light and darkness will continue until education for women, social empowerment and financial independence prevail. However, putting the brakes on anti-women's rights movements was a stepping stone on the road to reversing their influence.

Recent history as an important factor of social change

While the January 2011 revolution may have changed the lives of many, it was in fact an important factor of social change for Egyptian women. As women marched through the streets alongside men, they crossed a barrier and their voices became louder. When Mubarak stepped down, they discovered the power of their participation and the tangible role they played in the success of the revolution and in shaping the fate of the country. The belief in their power and effectiveness was reinforced and augmented when they took back the streets in July 2013 to change another regime that worked against their rights. 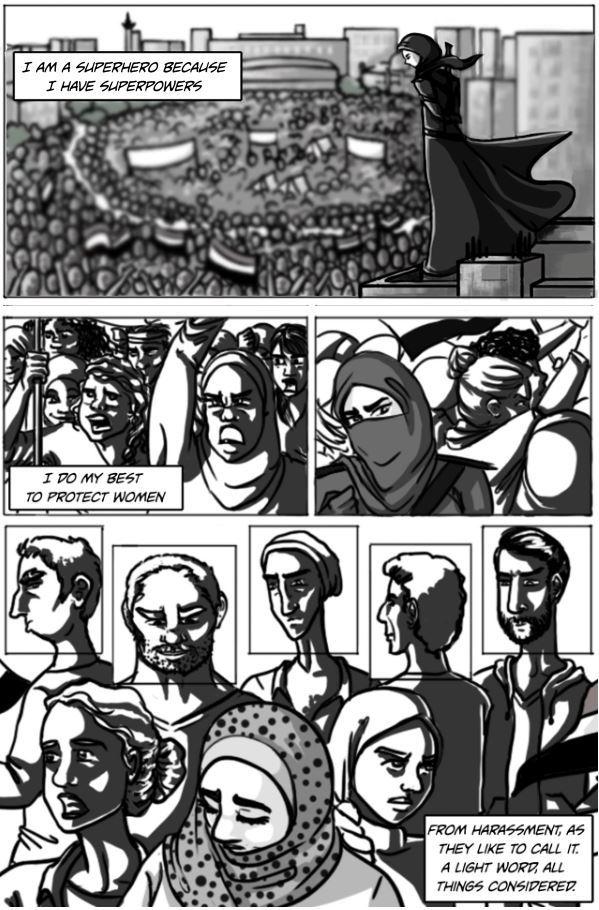 Deena Mohamed is an Egyptian illustrator and designer. She started making comics at 18 with her webcomic Qahera, about a female visibly Muslim superhero who addresses social issues. Her debut graphic novel, "Shubeik Lubeik", won the Grand Prize at the Cairo Comix Festival and is currently published in Arabic by Dar el-Mahrousa

Taking down two political giants within a period of two years broke their fear barrier, and they started their own personal revolution to bring change to themselves.

Since then, a clear change has been happening to women across the country, in both the social and professional fields. Even in the most conservative rural areas, women are standing up for their rights. In 2018, a 22-year old woman from the conservative city of Qena in Upper Egypt, sued her sexual harasser, and sent him to jail for three years, refusing to reconcile, even after receiving threats from his family. CCTV images showed the girl beating him up after he touched her while she was walking, and insisted on not letting him go. Not too long ago, girls not only didn't dare report such incidents, but were also ashamed to, as the police wouldn't even pay attention to them, or worse, they would blame them for inciting such incidents because of their mannerisms or dress.

On the professional level, we are witnessing young women in rural areas breaking social taboos; launching fashion blogs or YouTube channels with a variety of content about issues of interest to them and their causes.

The second factor that has contributed to the advancement of women in the last decade was the economic hardships the country went through prior to and especially after the two revolutions and their subsequent impact on the economy. Women who took to the streets for 18 days in January 2011 and revolted back in June 2013 found no shame in rolling up their sleeves and working, venturing into fields that were until recently male-dominated.

Two prominent cases concerning gender-based violence – that of Ahmed Zaki, who has been accused by more than 100 women of extortion, sexual harassment, coercion and rape, and that ... END_OF_DOCUMENT_TOKEN_TO_BE_REPLACED

Heat will kill coronavirus – that was the official line at the start of the pandemic. But this is not the case. Infection rates are currently on the rise, even in the world’s ... END_OF_DOCUMENT_TOKEN_TO_BE_REPLACED 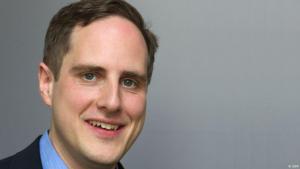 The dispute about maritime territories between Turkey and Greece is heating up. Egypt's involvement has added a new dimension to the conflict, says Middle East analyst Stephan ... END_OF_DOCUMENT_TOKEN_TO_BE_REPLACED
Author:
Alexandra Kinias
Date:
Mail:
Send via mail

END_OF_DOCUMENT_TOKEN_TO_BE_REPLACED
Social media
and networks
Subscribe to our
newsletter