Women in Turkey
Trapped in the Gender Gap

Turkey ranked 129th out of 134 countries in the latest Global Gender Gap Report published by the WEF. Ayşe Karabat explores the challenges faced by the women of the world's 17th largest economy 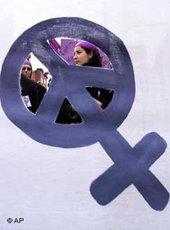 ​​ Serpil Çakır, a Turkish woman in her early 30s took the stage at the meeting of the Human Rights Education Program for Women and began by saying her life had been "very difficult." Then she burst into tears.

Her audience, including members of the press, representatives of different women's organizations, a number of high-ranking state officials serving women and the program's trainers, encouraged Çakır to dry her tears and address the crowd, gathered to learn more about Women for Women, Human Rights New Ways, a civil society organization founded in 1993 that has so far touched the lives of about 7,500 women, educating them about their rights.

Çakır is not alone in feeling that her life is very difficult; many women in Turkey share her sentiment. Despite the training programs people like her are participating in, despite efforts to close the gender gap, being a woman is still very difficult in Turkey, a country that wants to be regional power and has ambitions of full European Union membership.

Steadily falling in the rankings

This difficultly was lately underlined by the Global Gender Gap Report 2009, published by the World Economic Forum (WEF), which ranked Turkey 129th out of a total of 134 countries in terms of equality between men and women. Only Saudi Arabia, Benin, Pakistan, Chad and Yemen ranked lower. Furthermore, Turkey has been steadily falling in the rankings: It held 105th place in 2006, was 121st in 2007 and 123rd in 2008.

Çakır said she was born in Kırıkkale, a city just 70 kilometres from Ankara, but even living that close to the capital did not prevent her family taking her out of school and making her marry a cousin when she was just 15 years old. 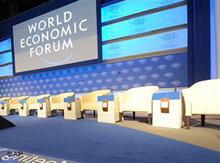 It's a man's world: according to the WEF ranking, women's labour force participation in Turkey slips from 29% to 26%, further opening the gap between women and men

​​ The recently established Parliamentary Commission, termed "equal opportunities for men and women" – in spite of the pleas by women's organizations to name it a "gender equality commission" – found that one in four marriages in Turkey are underage. Perhaps the most famous example of this is the marriage of President Abdullah Gül, who married his wife, Hayrünnisa, when she was 15 years old – half her husband's age.

An amendment to the Turkish Civil Code in 2003 means minors over 17 can marry with the consent of their parents and, if they are 16, with a court's decision. Before this amendment it was enough to be 15 years old and have parental consent to marry.

However, the law often counts for little and in many places – largely but not exclusively in south-eastern and eastern Anatolia – there are still underage marriages, even if they are not official. This is why the Parliamentary Commission plans to suggest a new law that will charge the parents of underage married couples with assisting in the sexual exploitation of minors. Another option under consideration was to extend the length of compulsory education, currently eight years but until 1997 it was only five years, to 12 years.

Even the five years' compulsory education was not enough to keep many girls in school. The WEF ranks Turkey 110th for women's educational attainment, since one in five women in Turkey is illiterate.

According to Zübeyde Kılıç from the Education Personnel Union (Eğitim-Sen), the official rate of school enrolment is 99.9 percent for boys and 95.7 percent for girls. Kılıç underlined that many girls do not attend school after the fifth grade, a fact that is not necessarily reflected in the official statistics.

"More than laws, economic conditions and social perception have a negative effect on girls' education," she explained.

Kılıç stressed that the same inequality for is also true for educators: 40 percent of Turkey's teachers are women, but there are only a few women in senior positions in the national education system.
She also noted another fact that is making women's life difficult; according to her the education system is itself sexist and reinforces the gender gap via the textbooks used.

Division of labour within the family

"For example, there are still women's jobs and men's jobs delineated in the school books. The classical division of labour within the family is frequently underlined," Kılıç said.

As a woman taken out of the education system for an underage marriage, Çakır was "returned home" five years later under the pretext that she was infertile.

​​ "When I was 22, my parents forced me into a second marriage that I did not want at all; I become the wife of an older man who had children of almost my age," she explained.

Çakır added that from this marriage she had a son with Down's Syndrome, but since the child was "handicapped" the father refused to pay attention to him and finally the child died.

"His attitude at that time made me hate him; I divorced him and started to work as a cleaner in a hospital," Çakır said.

Only 22 percent of women have jobs

Actually she could be considered lucky to be able to find a job: Only 22 percent of women in Turkey are able to contribute to working life.

Selma Acuner, a board member of the European Women's Lobby and a women's rights activist, noted that the low participation of women in the economy is making them poorer, which in turn prevents them from gaining access to health and education services. "The children of poor women are poor, too. This is a vicious circle," she added.

According to Acuner, the main reason for the lower participation of women in economic life is a lack of adequate childcare and elderly care options, which leaves women responsible for those undertakings.

She questioned the government's sincerity on the matter, noting that on one hand it is talking about ensuring gender equality, but at the same time at every opportunity Prime Minister Recep Tayyip Erdoğan urges young couples to have at least three children.

"Just to say that women have to participate in the economy is not good enough, there should be an action plan for women's employment and such a plan should be prepared with a female-friendly approach," Acuner stressed.

Çakır said she wanted to be a happy woman; she met someone and decided to marry – this time of her own free will.

"For a while it was quite OK, I had a daughter. But after a while the domestic violence began." 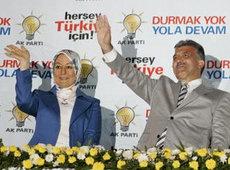 One in four marriages in Turkey are underage. Probably the most famous example of this is the marriage of President Abdullah Gül, who married his wife, Hayrünnisa, when she was 15 years old

​​ But again, Çakır is not alone on this issue either. According to statistics one in three women in Turkey is subject to domestic violence, regardless of education or economic level. Ministry of Justice figures show that in the first seven months of this year alone, 953 women were killed in Turkey. The ministry statement also noted that legal measures had been taken to protect the women from domestic violence, including keeping away the offending husbands.

However, experts argue that the women were not supplied with a protective network; the law requires municipalities to open shelters if their population exceeds 50,000, but there are no sanctions for those that fail to do so.

Perhaps it is not surprising that many of municipalities lack a women-friendly approach: only two of the 81 cities of Turkey are run by women mayors.

İlknur Üstün from the Association for Education and Supporting Women Candidates (KA-DER) emphasized that positive discrimination in favour of women must be constitutionally protected until equality is ensured.

"Turkey definitely needs a quota system to overcome the gender gap in politics. The Political Parties Law also has to be amended to make the women's branches of political parties a part of the decision-making body," Üstün urged.

She added that political life is heavily organized around male daily life; that it is arranged in a very patriarchal manner and does not create a suitable atmosphere for women's participation.

Çakır said she had all but lost hope until she heard about the Human Rights Education Program for Women and joined in.

"I learned my rights; I insisted that my husband be forced to stay away from the house as my legal right, something I learned at the program. There I also learned how to communicate effectively, and when we started to understand each other the violence stopped," she explained.

According to feedback, 63 percent of women who participated in Çakır's program are no longer victims of domestic violence. Furthermore, 54 percent have recommenced their education and 29 percent have taken on paid work, with 13 percent establishing their own businesses.

However these women number only around 7,500 and as, Çakır pointed out just before she finished her speech to great applause, "Every woman in Turkey needs to participate in a program like this."

Because there is still a long way to go.

Women's Rights in the New Turkish Constitution
In Favor of the Man
In Turkey, a growing number of women's rights advocates and feminists are critical of the draft constitution. The government's planned reform does not expand women's rights but substantially restricts them. Dilek Zaptcioglu reports from Istanbul

Women Organisations in Turkey
No Moustache, No Place in Politics!
In Turkey, the 'Kader' association supports and campaigns for the representation of women in politics. Marielle Esvant reports from Istanbul

Turkey
Women on the Rise?
The new Turkish Parliament has twice as many women representatives than previously. Turkish women's rights advocates emphasize, however, that it is not just the number of women in Parliament that counts. Ayse Tekin reports

END_OF_DOCUMENT_TOKEN_TO_BE_REPLACED
Social media
and networks
Subscribe to our
newsletter