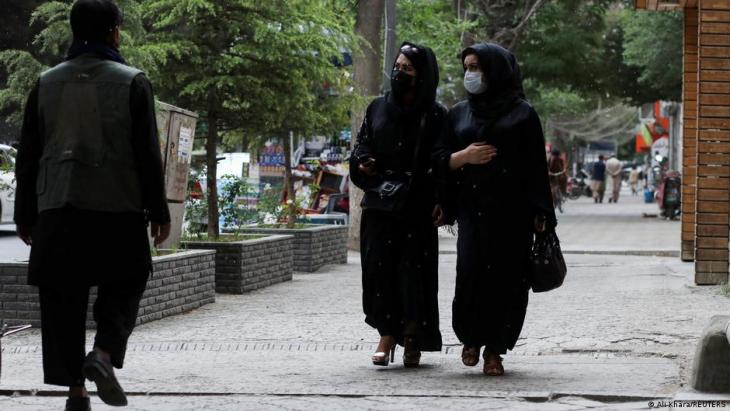 The Taliban have banned Afghan women from entering the capital's public parks and funfairs, just months after ordering access to be segregated by gender.

The new rule, introduced this week, further squeezes women out of an ever-shrinking public space that already sees them banned from travelling without a male escort and forced to wear a hijab or burka whenever out of the home.

Schools for teenage girls have also been shut for over a year across most of the country.

"For the past 15 months, we tried our best to arrange and sort it out – and even specified the days," said Mohammad Akif Sadeq Mohajir, spokesman for the Ministry for the Prevention of Vice and Promotion of Virtue. "But still, in some places – in fact, we must say in many places – the rules were violated," he said late on Wednesday. "There was mixing (of men and women), hijab was not observed, that's why the decision has been taken for now."

The news was met with dismay by women and park operators – who invested heavily in developing the facilities.

"There are no schools, no work... we should at least have a place to have fun," said one mother, who asked to be identified only as Wahida, as she watched her children play in a park through the window of an adjoining restaurant. "We are just bored and fed up with being at home all day, our minds are tired," she complained.

At the next table, Raihana, 21, who is studying Islamic law at university, shared her disappointment after arriving at the park to spend the day with her sisters. "We were very excited... we are tired of staying at home," she said. "Obviously, in Islam, it is allowed to go out and visit parks. When you have no freedom in your own country, then what does it mean to live here?"

A few kilometres away, the Ferris wheel and most of the other rides in Zazai Park – which offers a spectacular view of the city – have ground to a sudden halt because of a lack of business. Before this week's ban, it could accommodate hundreds of visitors on days when women brought their children for family gatherings.

On Fridays and public holidays, even more would flock to the park – one of the few attractions in the city.  On Wednesday, only a handful of men wandered nonchalantly through the complex.

Habib Jan Zazai, co-developer of the complex, fears he may have to close down a business that he has poured $11 million into, and which employs more than 250 people. "Without women, the children will not come alone," he said.

He warned such edicts would discourage investment by foreigners or Afghans living abroad, as well as impact revenue collection. "A government is run by taxes. If an investor is not paying tax, then how can they run?"

Mohammad Tamim, 20, sipping tea in the park during a visit from Kandahar, where he teaches at a madrassa, called the ban "bad news". "Every human psychologically needs to be entertained," he said. "Muslims need to be entertained – especially after 20 years of war."    (AFP)

More on this topic
"The Lionesses of Afghanistan": No more 'white saviours', pleaseAfghanistan under the Taliban: Back to the pastTaliban Afghanistan: Afghan girls attend "secret school"
Home
Print
Newsletter
MoreAll Topics

END_OF_DOCUMENT_TOKEN_TO_BE_REPLACED
Social media
and networks
Subscribe to our
newsletter