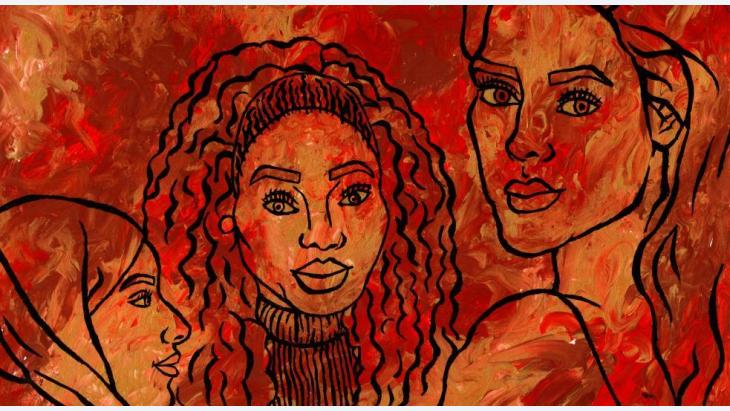 Over the years, Arab women demanding change to the status quo have faced fierce resistance from legislators and decision-makers alike. This merely reflects the fear felt by men faced with losing control of the current gender imbalance. By Hana Bu Hejji

When speaking about women of the Gulf and their role in building family and society, it would be unfair to liken them to the pioneering movements which first appeared in the 1950s.

From before the dawn of formal education, Gulf women looked after themselves and their families economically, performing many roles from their base within the home, behind society’s curtains.

Such a society glorified its men by virtue of their engagement in arduous work outside the house in order to make a living, whilst its women worked silently, fulfilling the stereotypical role of housewife, taking care of the children and the family.

Aside from all this, they did engage in some income generating work that helped raise the family’s standard of living, such as sewing, basic trading and simple cosmetic services typical of the time.

Nevertheless, Gulf society ensured its womenfolk remained in the background, using either traditional values as a pretext, religion, or the claim that nature had bestowed men with certain physical and mental advantages.

This form of social discrimination extended to law-making, where many women’s rights as supposedly full citizens were dropped. In some countries, a system of guardianship was imposed on them for life, as if they were minors who had not reached adulthood and who were unable to make decisions on their own.

As a result, women had no choice but to rise up in order to gain their rights, the first spark of feminist activism being ignited in the mid-20th century.

Bahrain led the Gulf in this by establishing the Bahrain Young Ladies Association in 1955 as the first officially licensed organisation to campaign for women’s rights.

The fierce resistance that women face in their demands for change, both from legislators and decision-makers, reflects the fear felt by men of potentially losing control of the imbalance that currently exists between the sexes.

It is the fear that every gain for women represents a loss for men; it is a far cry from notions of modern social development that emphasise the contribution of everyone according to his or her abilities.

It is also the fear that any move to limit the social potential, be it of women or men, will constitute a loss for society, not just a loss for the women who may be subject to this discrimination.

The next step for Gulf women was to organise themselves institutionally in order to open up their efforts to similar contributions by women across the Arab world, where such endeavours had begun at the end of the 19th century.

Women’s activism took shape more clearly in Bahrain and Kuwait, because these two countries were the first to begin educating girls and because they were influenced by the writings of Arab feminist activists, women and men.

In Bahrain, for example, this left a mark through the establishment of an active class of young women who made social advances at a much greater pace than elsewhere in the Gulf. The first non-governmental school for girls was opened in 1899 by Ms. Zwemer, a vicar’s wife. Despite its missionary nature, a number of girls took places there, long before public education kicked off in 1928.

United Arab Emirates strongman Sheikh Mohammed bin Zayed al-Nahyan, who was formally elected president on 14 May, has led a realignment of the Middle East, creating a new anti- ... END_OF_DOCUMENT_TOKEN_TO_BE_REPLACED

Back in 1995, when The Times asserted Islam was to blame for the poor levels of education among women in the Muslim world, Mohammad Akram Nadwi began scouring ancient Arabic ... END_OF_DOCUMENT_TOKEN_TO_BE_REPLACED

Women's empowerment in the Gulf has become a tool of deflection, rather than a genuine effort to promote women’s full and equal participation in society. By Mira Al-Hussain END_OF_DOCUMENT_TOKEN_TO_BE_REPLACED

Indonesia has become a primary battleground between democratic and autocratic visions of Islam in the 21st century, with Nahdlatul Ulama pitted against Abdullah bin Bayyah, a ... END_OF_DOCUMENT_TOKEN_TO_BE_REPLACED

A straightforward message emerged from last week’s meeting in the Negev desert of the foreign ministers of four Arab countries, Israel and the United States: Israel is key to the ... END_OF_DOCUMENT_TOKEN_TO_BE_REPLACED

Ahead of Ramadan, most Middle Eastern countries have eased restrictions to near pre-pandemic times. However, increases in prices and food shortages due to the war in Ukraine are ... END_OF_DOCUMENT_TOKEN_TO_BE_REPLACED
Author:
Hana Bu Hejji
Date:
Mail:
Send via mail

END_OF_DOCUMENT_TOKEN_TO_BE_REPLACED
Social media
and networks
Subscribe to our
newsletter