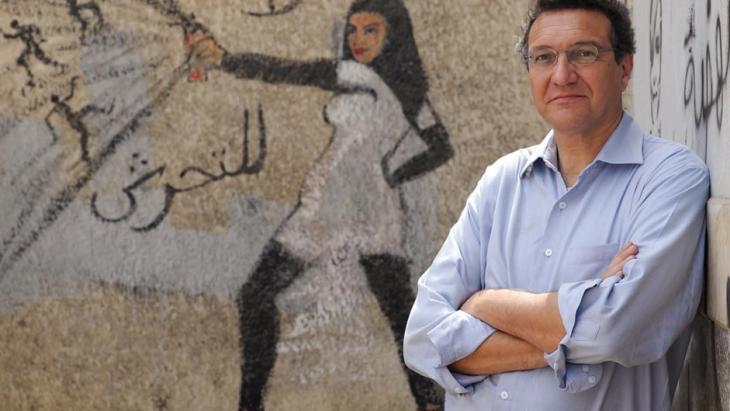 In his new book, the journalist Karim El-Gawhary gives a voice and a face to strong Arab women, while moving beyond the clichés and headscarf debates. Martina Sabra describes the book as multifaceted, revealing, entertaining, emotionally moving, and definitely worth reading

Hadil comes from Syria. Although in her early twenties, she has experienced more than most people have in an entire lifetime. Born into a Christian family, she wanted to earn a Bachelor's degree in English literature from the University of Aleppo. Then, in 2011, the revolution broke out in Syria. Hadil joined the peaceful opposition to the regime of Bashar Al Assad. She distributed leaflets, attended demonstrations, and smuggled medicine.

After being arrested numerous times and suffering severe mistreatment in prison, it became clear to her that she had to leave Syria if she were to survive. In a cloak-and-dagger operation, the student fled first to Lebanon and then to Egypt. Yet, the long arm of the Assad regime managed to find her here as well. Thugs, presumably sent by the Assad regime, kicked down the door of her apartment in Cairo, brutally beat her, and threatened to pour acid on her face. Hadil fled to an Egyptian convent. There, she attempted to reassemble her shattered existence. It was as if "I had aged 20 years in just one," she says, describing her situation to Karim El-Gawhary. She refuses, however, to give up.

Hadil, the young Syrian revolutionary, is one of over two dozen women interviewed in Karim El-Gawhary's book "Women's Power in Arabic." The veteran Cairo-based Middle East correspondent is not only interested in covering the day-to-day political events in the region. 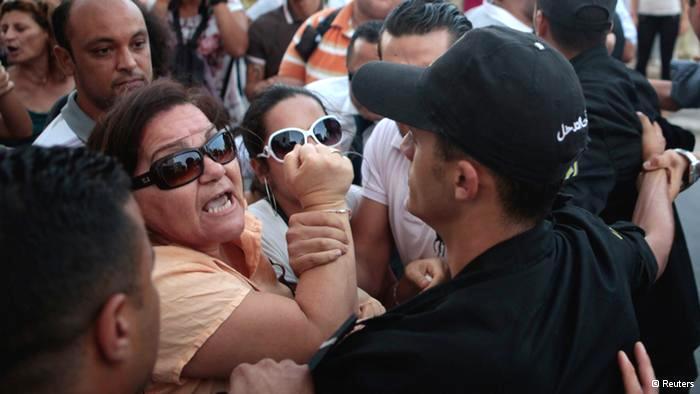 The Arab revolutions, which began in Tunisia in late 2010, gave a strong push to this emancipation movement. Many women went out on to the street for the first time to demonstrate for their dignity, equality, and freedom

He also keeps his eye open for rapid social changes in the Middle East and North Africa. Such transformations particularly stand out through the altered roles and new self-awareness of women in the region.


Whether in Egypt, Libya, Bahrain, Saudi Arabia, Palestine, or Syria, Karim El-Gawhary frequently met courageous women while conducting his research, even in the years before the Arab revolutions broke out. These were women who displayed tenacity through making their presence felt in public life and who promoted human rights by demanding equal participation in the political decision-making process.

The Arab revolutions, which began in Tunisia in late 2010, gave a strong push to this emancipation movement. Many women, both young and old, went out on to the street for the first time to demonstrate for their dignity, equality, and freedom.

Karim El-Gawhary's book introduces readers to impressive fighters and pioneers from different social strata and a variety of professions. It features individuals such as Egypt's first woman judge and a spirited truck driver steering her 30-tonne vehicle through the desert. It also highlights the plight of the activist and blogger Zainab Al Khawaja from Bahrain, who has been repeatedly imprisoned for months at a time on account of her ideals and who has thereby become a spokeswoman for the civil rights movement in the tiny island state in the Arabian Gulf.

Karim El-Gawhary did not base his choice of the women portrayed in the book on whether or not they wore a headscarf. In fact, most of the women featured here do. Yet, as the entrepreneur Magdoulin Obeida from Libya succinctly puts it, "What is important is not what is on your head, but what is in it." 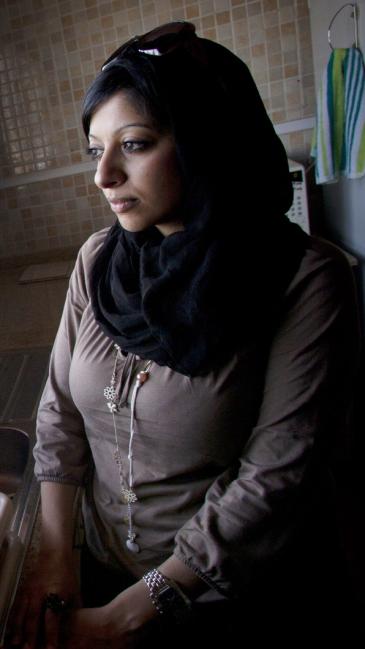 "What is important is not what is on your head, but what is in it." - Pictured: the human rights activist and blogger Zainab Al Khawaja from Bahrain

Although the book mainly offers accounts of "superwomen", it is not only restricted to success stories. It also deals with setbacks, failures, and traumatic experiences of loss. For example, the book reports on the case of two mothers, both of whom lost their sons under ambiguous circumstances. The son of one mother was killed in a football stadium after a game, when the fans of one team brutally attacked the fans of the other. The son of the second mother is sitting in prison on death row awaiting execution for having killed someone on the same day, in the same riot, on the same football field.


Some of the portraits in the book date back a number of years before the start of the Arab revolutions. Other encounters took place in the very first days of the revolutions in Egypt and Libya. The euphoria, spirit, and optimism encompassing the period from late 2010 to early 2011 have long since evaporated.

The growing significance of religious-political movements, counterrevolution, and the rise in politically motivated violence has led to wide-scale scepticism and pessimism. Wherever possible, Karim El-Gawhary picks up on current developments in his narrative or provides readers with addenda.

He offers a detailed portrayal of the increase in sexual violence against women on Tahrir Square in Egypt, and describes how women are defending themselves. He writes about the Egyptian university lecturer who was chosen as dean in the first months of the revolution, but who has since been relieved of her post. Frustrated, she had to acknowledge that the struggle for democracy and equal rights will be very long and difficult.

The book illustrates in an impressive manner the transformation of relations between the sexes and the image of women in the Arab world. At the same time, it notes the many setbacks women face in terms of political participation.

The author does not think much of the claims that the revolutions have failed. "These countries are undergoing a long-term process of transformation. We will be observing it for many years to come and it certainly won't follow a straight line," writes El-Gawhary in conclusion.

"The fact that the dictatorships kept a lid on political conflicts between Islamists and liberals has led to the current clash being all the more intense. This is of key significance for the development of society and this confrontation could not be avoided. On the contrary, it is long overdue. The relationship between religion and the state in society has to be negotiated in a freer political atmosphere. The outcome remains open."

Palme d’Or winner "Boy from Heaven" is a classic crossover film in which cultural elements are mixed together in haphazard and random fashion. Shady Lewis Botros bemoans the ... END_OF_DOCUMENT_TOKEN_TO_BE_REPLACED

In Doha, Arabs from Morocco, Tunisia, Egypt and Algeria are gathering to celebrate the first ever FIFA World Cup to be held on Arab soil. The criticism from Europe? Over the top, ... END_OF_DOCUMENT_TOKEN_TO_BE_REPLACED

November 2022 sees the Arab world firmly in the spotlight with the COP27 in Egypt and the FIFA World Cup in Qatar. Public trust in MENA governments is weak, thanks to their ... END_OF_DOCUMENT_TOKEN_TO_BE_REPLACED

COP27 in Sharm el-Sheikh is turning into a PR disaster for Egypt’s military regime. Instead of praise for the host, the news is full of solidarity for imprisoned activist Alaa ... END_OF_DOCUMENT_TOKEN_TO_BE_REPLACED

END_OF_DOCUMENT_TOKEN_TO_BE_REPLACED
Social media
and networks
Subscribe to our
newsletter