For weeks Palestinians have been demonstrating in Gaza every Friday along the border with Israel. The world is surrounded by images of violence. But there is also a peaceful cry for help, civil protest camps – and many active women. 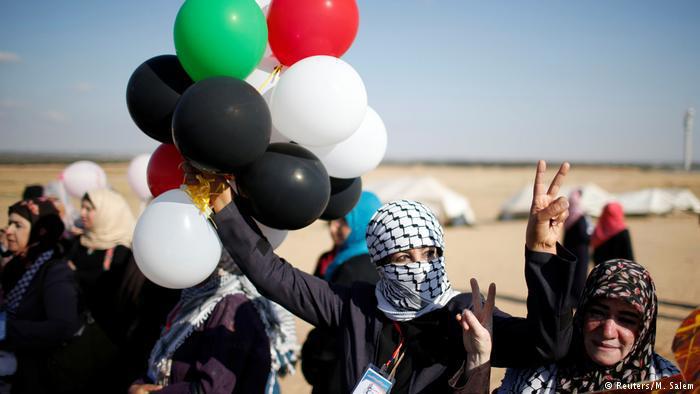 Peaceful protest camps: the camps existed several months before the Friday demonstrations began. The aim of the activists was to draw attention to the catastrophic humanitarian situation in Gaza. The protests on 30 March, Land Day, which reminded Palestinians of Israel's expropriation of land, became a mass movement. Since then, up to 30,000 people have participated in the protests 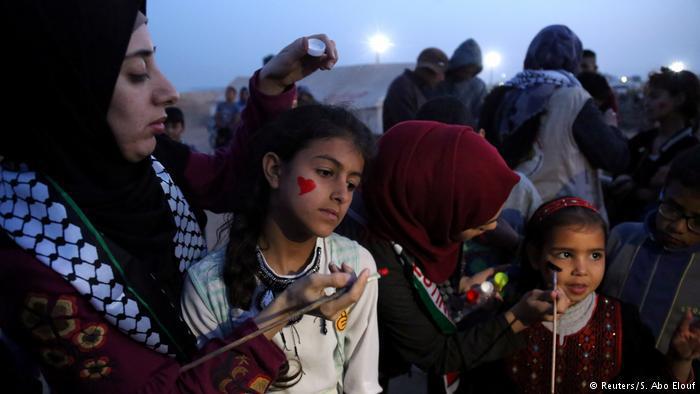 Women, children, life in all its colour: women play an important role within the tent camps. Since the beginning of the movement, several hundred Palestinians have arrived, bringing their entire families. They are part of this civil society movement and its peaceful protests. Some also join in the violence at the border fence 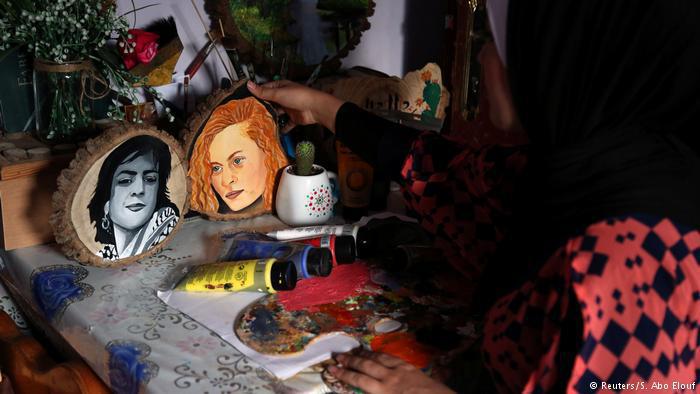 Art and creativity: Palestinian painter Reham al-Emawi portrays resistance fighters. She is one of many artists who are active in the camps. In addition to the desperate humanitarian situation in Gaza, their protests are also directed against Israel denying them the right to return to their homes. Seventy percent of the inhabitants of Gaza are refugees and their descendants 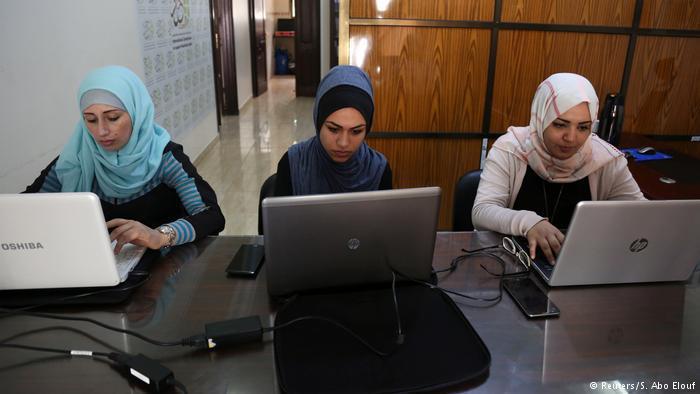 Active on social media: Palestinian women use social media channels to carry their demands into the world – because they themselves are unable to leave the densely populated and poverty-stricken Gaza Strip. Eighty percent of all Palestinians were expelled from their homeland or fled as the the state of Israel was founded in 1948 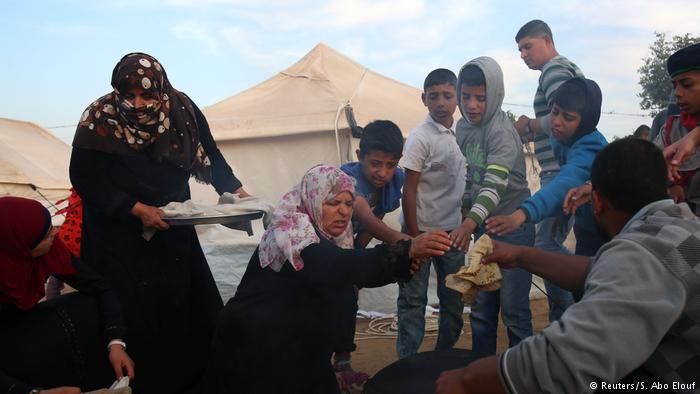 Baking bread for the camps: Israel will not let the refugees return. Since 1993, international talks have been held to negotiate alternatives – such as a Palestinian state. There has been little progress – just two Palestinian governments in the West Bank and Gaza Strip at loggerheads with each other. The population grows restive – the discontent is palpable in the camps where the women provide bread for those present 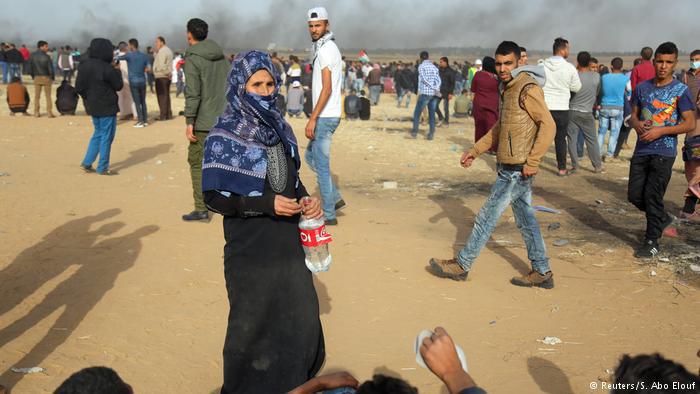 Water for the demonstrators: it is mainly young men without prospects who are drawn to Israel's fence. Israel and the Western media blame Hamas for the protests and the violence. Hamas in turn denounces the violence of Israeli border guards. And so, the hardliners on both sides profit from the situation 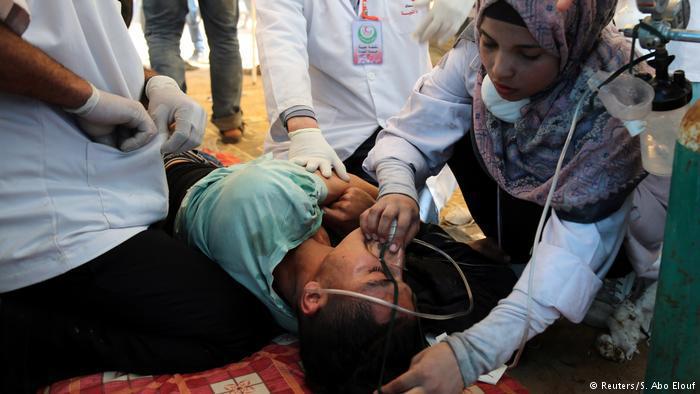 Emergency aid: several dozen Palestinians have been killed by Israeli soldiers and hundreds injured at the border since the beginning of the protests. Medical care is practically non-existent: many hospitals are struggling to cope. Medicine, electricity and clean water are rare. Those injured by tear gas, for example, are dependent on volunteer paramedics 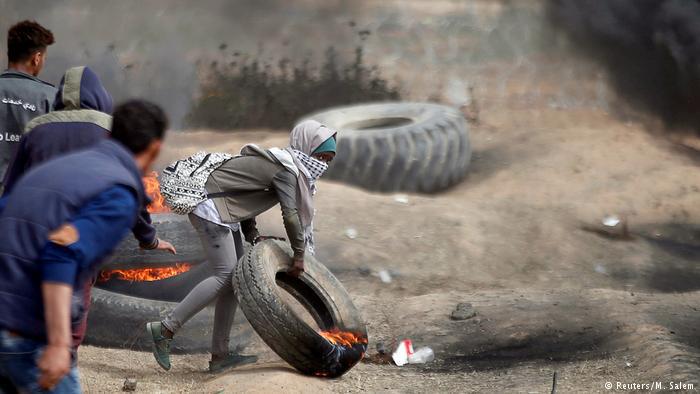 Women are also getting involved in violent protest: "Some say you can't do what men do! Some are afraid that we might get hurt. And others encourage us to take part in the fight," says 18-year-old Aya Abeid to the Reuters news agency 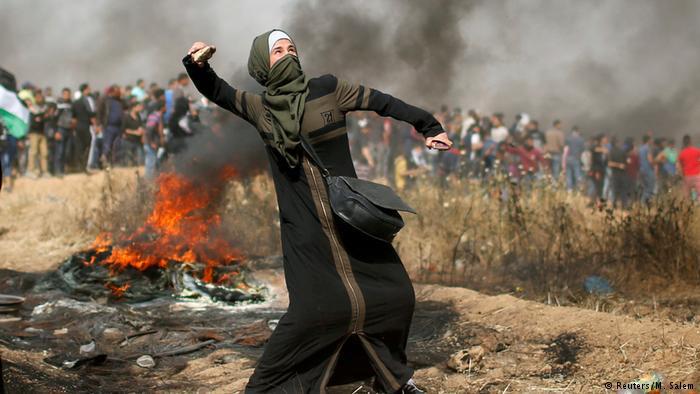 In the front line: the protests, called the "Great March of Return", continued until the 70th anniversary of Israel's founding on 15 May. The Palestinians simultaneously commemorate the Nakba (Arabic "catastrophe"), the expulsion from their homeland. Whether with workshops and plays or with stones and burning car tyres – women are protest too

END_OF_DOCUMENT_TOKEN_TO_BE_REPLACED
Social media
and networks
Subscribe to our
newsletter