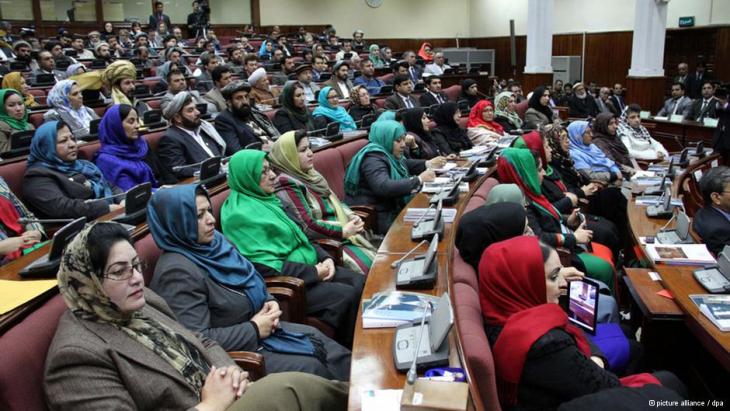 A new law in Afghanistan makes it virtually impossible to prosecute domestic violence against women. Human rights organisations have criticised the law as a massive blow to women's rights in the country. By Waslat Hasrat-Nazimi

The new paragraph seems quite innocuous at first glance: "The following persons shall not be questioned in court as witnesses: defending lawyers, doctors, children and relatives of the accused." Although this doesn't sound unusual, the devil is in the detail.

According to this paragraph, if an Afghan man attacks or abuses his wife, children or sisters, his relatives may not testify against him in a court of law. The bill, which was recently passed by the Afghan parliament, excludes parents, grandparents or siblings from testifying in court. Because most violent acts against Afghan women are committed within family structures and not outside, according to the government, this means that almost all potential witnesses are automatically excluded.

"Those who support this law argue that relatives cannot be objective and that their testimony could lead to acts of revenge," says Samira Hamidi, a member of the Empowerment Center for Women (ECW), a women's rights organisation in Afghanistan. She is not convinced by these arguments."The prosecution of acts of domestic violence will become more difficult as the new law virtually guarantees impunity for perpetrators, thus giving criminals the chance to walk free."

International human rights organisations such as "Human Rights Watch" (HRW) have sharply condemned the law and called on Afghan President Hamid Karzai not to sign it. 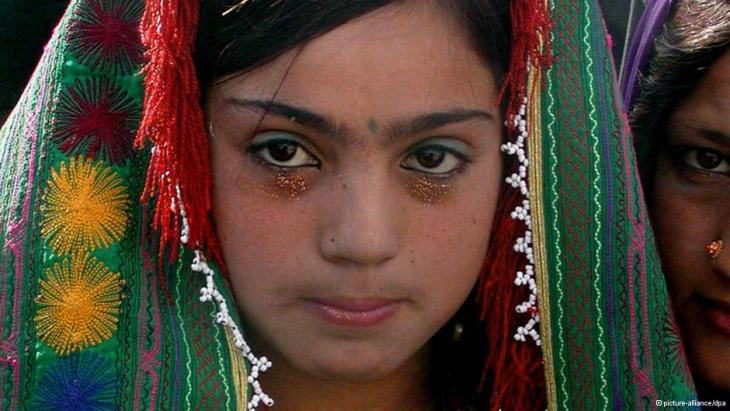 A 12-year-old girl dressed for her wedding: according to a new Afghan law, the forced marriage of underage girls can no longer be prosecuted in the country's courts

The law is part of a new version of the Afghan Penal Code, a project that legal experts and the Afghan Parliament have been working on for six years. Farkhunda Zahra Naderi, a parliamentarian from Kabul, is disappointed by the decision. "This law not only restricts women's rights; it is also a violation of human rights, as it deprives a person of the opportunity to testify as a witness," she says.

The new law has far-reaching consequences for Afghan women, says Heather Barr of HRW. "It makes it impossible to prosecute cases of domestic and sexual violence within the family, forced marriages, child marriages or marriages for the settlement of clan disputes," she says, adding that the legislation is the latest step in the parliament's attempts to curtail women's rights. Barr is of the opinion that the new act literally voids the Law on the Elimination of Violence against Women, which President Karzai signed last year, after it was initially rejected by parliament. Male parliamentarians in particular had argued that the bill infringed on traditional values. However, because it was passed by the president himself following international pressure, it is still legally binding and punishes violence against women.

Farkhunda Zahra Naderi is one of the 68 women MPs in the Afghan parliament, where a quarter of all seats are reserved for women. She says there has been a growing misogynistic tendency among her colleagues in parliament, driven by conservative forces. "We parliamentarians work in an unsafe environment where we are constantly in fear," she says. "The parliament is dominated by a politically hostile mood in which it is impossible to make laws that can ensure the long-term welfare of the Afghan people." 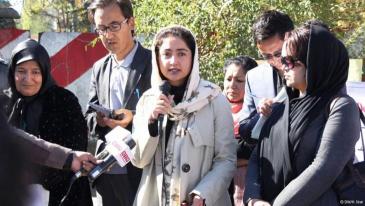 "This is a worrying development and it can be observed not just in parliament, but also in other segments of the society," says Heather Barr, citing examples such as the reduction in women's quotas in Afghan provincial councils from 25 per cent to 20 per cent last year, the resumption of a nationwide debate to reintroduce stoning as a form of punishment and the appointment of former Taliban insurgents as members of the independent Human Rights Commission. "We have also observed the assassination of several female police officers, demonstrating the fragile situation of women in the war-torn country and the risks to their rights," she adds.

Women's rights activists regret this situation, especially in light of the imminent withdrawal of international troops from the country by the end of this year. After all, protection of the rights of Afghan women was one of the official justifications for the military operation. "But the international community has abandoned Afghan women," says Barr, who adds that she would like to see the international community putting more pressure on the Afghan government and only providing further financial assistance on the condition that women's rights are adequately protected.

Women's rights activists fear that the new law could cancel out all of the hard-won gains Afghan women have achieved so far. The decision is now in the hands of President Karzai. He has the final say on the matter.

Home
Print
Newsletter
More on this topic
Forced Marriage in Afghanistan: Suicide as a Final ResortInterview with Fawzia Koofi: ''It Is Not A Matter of Overnight Change''Higher Education in Afghanistan: Education for Progress in AfghanistanWomen in Morocco: Rape victims no longer forced to marry their aggressors
Related Topics
Human rights, Muslim women, Women in the Islamic world
All Topics

Elke Muller is fighting for her daughter Anna, who fell in love with a young Afghan and converted to Islam. The mother spoke to Esther Felden about feeling alienated and her fear ... END_OF_DOCUMENT_TOKEN_TO_BE_REPLACED

Despite ongoing peace negotiations between the United States and the Taliban, the bloody conflict in Afghanistan continues to take a heavy toll on the country’s people. Can talks ... END_OF_DOCUMENT_TOKEN_TO_BE_REPLACED

Within eyeshot of the Bosnian-Croatian border, thousands of refugees are camping in squalor on a former garbage site. Their supplies are scarce. ... END_OF_DOCUMENT_TOKEN_TO_BE_REPLACED

Under the tutelage of Pakistan's military, the Taliban brought peace to Afghanistan the last time it ruled the country. But it was the peace of the graveyard, which it could ... END_OF_DOCUMENT_TOKEN_TO_BE_REPLACED

In "What We Left Unfinished", Afghan-Lebanese-American filmmaker Mariam Ghani discusses the forgotten era of Afghan Communism and its ties to arts, culture and propaganda. ... END_OF_DOCUMENT_TOKEN_TO_BE_REPLACED

Threatened with death by the Taliban, director Hassan Fazili fled to Europe with his family, filming their odyssey on his mobile phone. Itʹs not the first time that the refugee ... END_OF_DOCUMENT_TOKEN_TO_BE_REPLACED