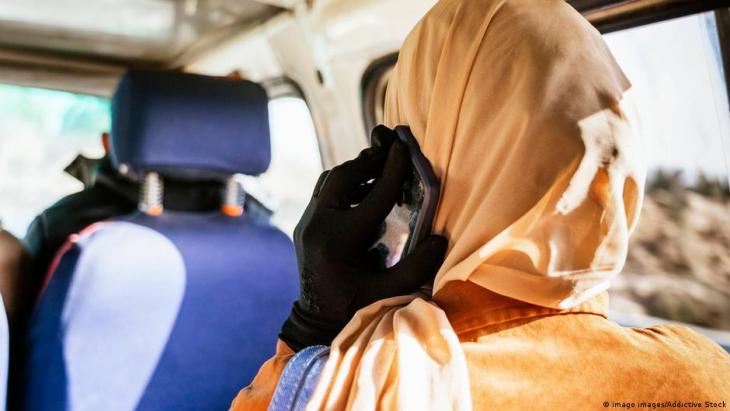 Women's rights in Egypt
We need to talk about abortion

Abortions are illegal in Egypt unless they are necessary to save a married woman's life. But that doesn't stop local women from having one. Egyptian society needs to acknowledge this, activists say. By Diana Hodali

The memory of that day is still very painful for Noura. She was in Cairo's City Stars Mall when she suddenly felt cramps, accompanied by heavy bleeding: "I sat down on the toilet. I felt something heavy flowing from my uterus. I put my hand under me to catch the blood."

Noura is not using her real name here. She had an unplanned pregnancy at the age of 23 while in an extramarital relationship with a man called Khaled. Once they realised she was pregnant, her boyfriend obtained abortion pills through friends. "It was too early for me to get married and become a mother," Noura remembers. Since abortions are forbidden in Egypt and punishable by law, she could only talk about it with her boyfriend and her roommate.

She witnessed the abortion of her embryo sitting on the shopping mall's toilet. "It was an incredibly brutal moment," she says, one she will never forget.

Educating about a taboo topic

Experiences like Noura's are what prompted feminist activist Ghadeer Ahmed Eldamaty to write them down. In her book "Abortion Tales – Women between Family, Love and Medicine", published in Arabic in late December 2022, she explains the circumstances in Egypt, describes the legal and medical situation and also lets numerous women like Noura speak openly. 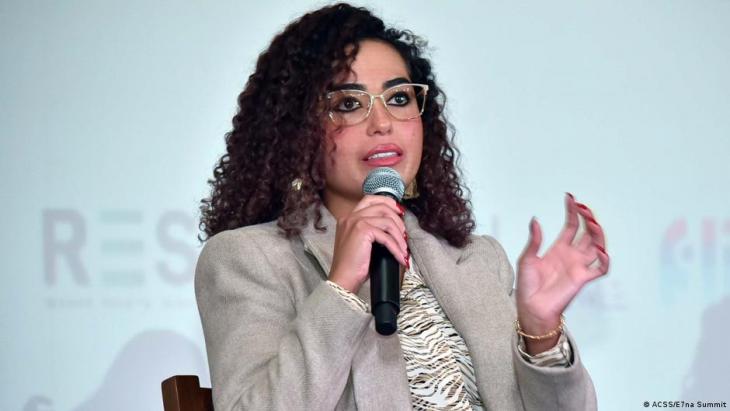 Committed to abortion rights: Ghadeer Ahmed Eldamaty, now 32, demonstrated against the former regime in Cairo's Tahrir Square back in 2011. Women's rights were especially important to her, and over the years her interest in the issue of abortion grew. "I want other women who have gone through an abortion, or are still facing one, to know that they are not alone," she says. "Motherhood is emphasised in our society, yet the topic of abortion is completely avoided. It is forbidden"

"I want other women who have gone through an abortion, or are still facing one, to know that they are not alone," she says. "Motherhood is emphasised in our society, yet the topic of abortion is completely avoided. It is forbidden."

Eldamaty, now 32, demonstrated against the former regime in Cairo's Tahrir Square back in 2011. Women's rights were especially important to her, and over the years her interest in the issue of abortion grew.

The Egyptian Initiative for Personal Rights (EIPR) and the Alliance for Realizing Sexual and Reproductive Justice describe Egypt as being one of the most restrictive countries in the world when it comes to abortion.

Egyptian law does not allow abortion, nor does it allow survivors of rape or incest to terminate an unwanted pregnancy. Only danger to the life of the expectant mother or foetus is a legal justification for terminating the pregnancy – and even this is only if the woman is married.

Articles 260 to 264 of the penal code stipulate penalties for women, doctors, midwives and pharmacists who perform or assist in illegal abortions or who sell abortion-inducing drugs. In Egypt, abortions were first criminalised in 1883 during the era of Muhammad Tawfiq Pasha, following the French criminal code of that time. 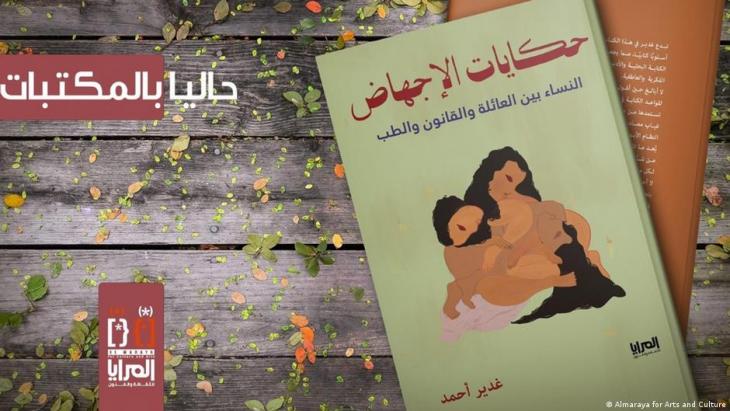 In her book "Abortion Stories – Women between Family, Love and Medicine" (published in Arabic by Almaraya for Arts and Culture in December 2022), feminist and activist Ghadeer Ahmed Eldamaty has written down the experiences of affected women. Eldamaty educates about abortion in Egypt, describes the legal and medical situation and lets numerous women like Noura speak about their personal experiences. Noura had to experience the abortion of her embryo after taking a pill on the toilet in the City Stars Mall in Cairo, a traumatic experience

"These laws reflect the attitude toward women's bodies. Women have no say about whether they want to get pregnant or not, or whether they want to have an abortion," says activist Azza Soliman. She is a lawyer, feminist and chair of the board of trustees of the Center for Egyptian Women's Legal Assistance (CEWLA). Soliman has been fighting for women's rights for years and was arrested for this in 2016.

However, the fact that abortions are banned in Egypt does not prevent women from having one, whether they are married or not. Research by the World Health Organization has shown that abortion bans or restrictions do not reduce the number of procedures.

Rather, they lead to more women undergoing dubious or dangerous procedures that can endanger their lives. "If something happens to a woman or there are medical errors, you can't take action against the doctor," Eldamaty says. There is also no follow-up care, she adds. Women are left alone with their pain and the possible consequences. In addition, "abortion is only possible if you have the financial means. They are often very expensive," she explains.

According to WHO figures, about 39,000 women worldwide die each year as a result of unprofessional abortions. About 60% of these happen on the African continent, and 30% on the Asian continent. Reliable statistics on unsafe abortions in Egypt are not available.

"Unreliable statistics on unsafe abortion in nations where access to safe abortion is limited or non-existent prevents adequate research on the effects of abortion laws on women's health in the Middle East and North Africa area," says Washington-based gender studies expert Habiba Abdelaal. 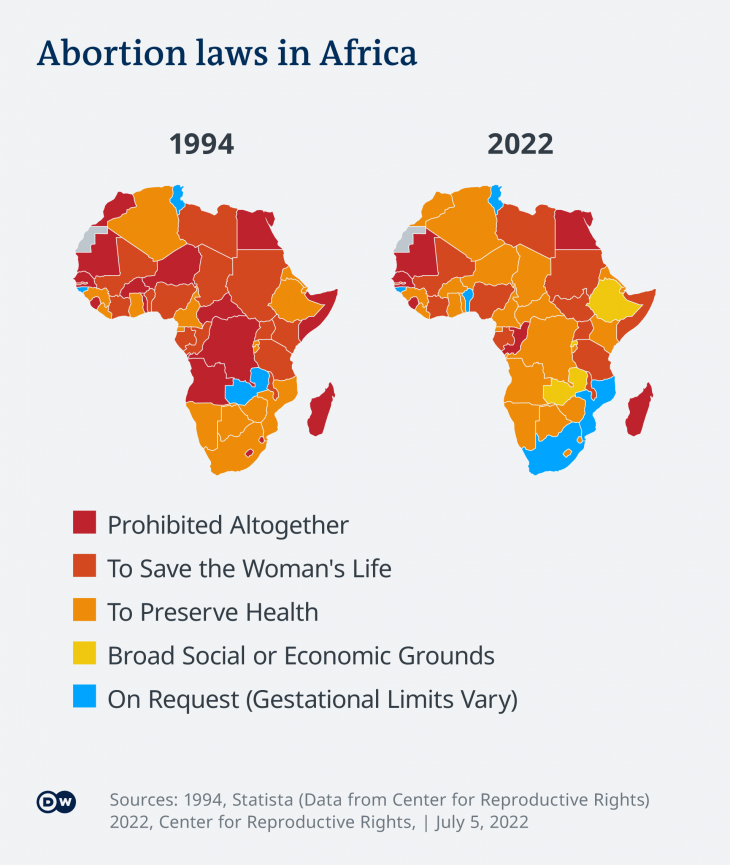 Abortion bans do not prevent abortion, they make it more dangerous: according to WHO figures, about 39,000 women worldwide die each year as a result of unprofessional abortions. About 60% of these happen on the African continent, and 30% on the Asian continent. Reliable statistics on unsafe abortions in Egypt are not available or published. Across the MENA region, abortions are only permitted if the life of the pregnant woman is in danger. Some countries, including Bahrain, Iraq, Jordan, Kuwait, Libya, Morocco and Oman, for example, also allow abortions if there is a risk to the physical health of the pregnant woman

In 1990, 28 September was proclaimed as Safe Abortion Day. It is the international day of action for the right to safe and legal access to abortion. Ghadeer Ahmed Eldamaty says that in the 1990s, the issue of sexual health and also abortion was taken up by several organisations in Egypt. But that has changed now, she says. Abdelaal agrees.

"Abortion is rarely at the top of local women's movements' agendas," she explains. "This is probably due to a fear of retribution from conservative social groups that often attempt to regulate and constrain women and girls to fit stereotyped gender roles in society." There are also frequent attempts to justify abortion bans on religious grounds, she adds.

CEWLA's Soliman hopes that in the future the issue of abortion will be discussed more and in a wider context. "On a legal level, it is clear that the law needs to be changed," she said. "Abortions should not be banned. But we also need to talk more about women's sexual and reproductive rights on the medical and social level, and educate about the topic."

After her traumatic abortion, Noura had to pretend that everything was fine. The fear of social stigma or possible punishment was too great. A short time later, Khaled and she broke up.

Food prices doubled, salaries halved, banks restricting withdrawals: Egyptians now have the same problems as the Lebanese. But if things get worse here, the fallout will be far ... END_OF_DOCUMENT_TOKEN_TO_BE_REPLACED

Giessen, Eichsfeld, Kusel, Berlin – cars bearing old German number plates are the latest trend on the streets of Cairo. Many Egyptians regard the discarded plates as chic. What ... END_OF_DOCUMENT_TOKEN_TO_BE_REPLACED

Egyptian Sufis have been on the defensive against the country's Islamists for decades. Meanwhile, interest in mysticism is growing among the young members of Cairo’s middle and ... END_OF_DOCUMENT_TOKEN_TO_BE_REPLACED

Chinese President Xi Jinping's visit to Saudi Arabia in December 2022 may have rattled Washington, but it simply highlighted the Arabs’ desire to diversify their foreign relations ... END_OF_DOCUMENT_TOKEN_TO_BE_REPLACED

Asmaa al-Atawna's debut novel "Missing Picture" has been published in German translation (Keine Luft zum Atmen – Mein Weg in die Freiheit). In it, she describes life in Gaza from ... END_OF_DOCUMENT_TOKEN_TO_BE_REPLACED

Where are the measures to deal with the looming challenges facing the Arab world? In this commentary, Marwan Muasher warns that the region is in grave danger of falling behind ... END_OF_DOCUMENT_TOKEN_TO_BE_REPLACED
Author:
Diana Hodali
Date:
Mail:
Send via mail

END_OF_DOCUMENT_TOKEN_TO_BE_REPLACED
Social media
and networks
Subscribe to our
newsletter