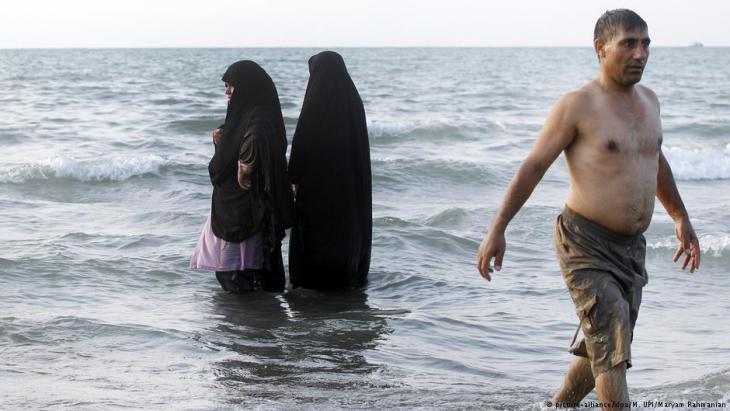 Women's rights in Iran
Farewell compulsory veiling? Time to go with the flow

After the Iranian Revolution in 1979, the Islamic regime began to force women to adopt Islamic dress. Resistance to the rule has never ceased, though it has changed. And suddenly compulsory veiling in the theocracy no longer seems to be on solid ground. An abridged version of the original article by Nasrin Bassiri

These are not the words of a member of Iran′s women′s movement, nor of a regime critic or reform politician. They were spoken recently by the 73-year-old Ayatollah Ahmad Alamolhoda, the representative of Iran′s supreme religious leader Ayatollah Ali Khamenei for the holy city of Mashhad and member of the Assembly of Experts, a council of 88 old men who elect, control and are able to depose the supreme leader.

The issue of hijabs has not been brought to the fore by the women′s movement in Iran. The activists are busy campaigning on the more pressing instances of legal discrimination against women: against stoning; for the right to divorce and a woman′s right to keep her children; against domestic violence, the blocking of women from certain professions, quotas of men in universities, unfair inheritance laws, etc. They have written books and articles about these things, organised seminars, spoken at conferences and congresses, explained and demonstrated. They have been arrested for it and organised protests to get the arrested women released. 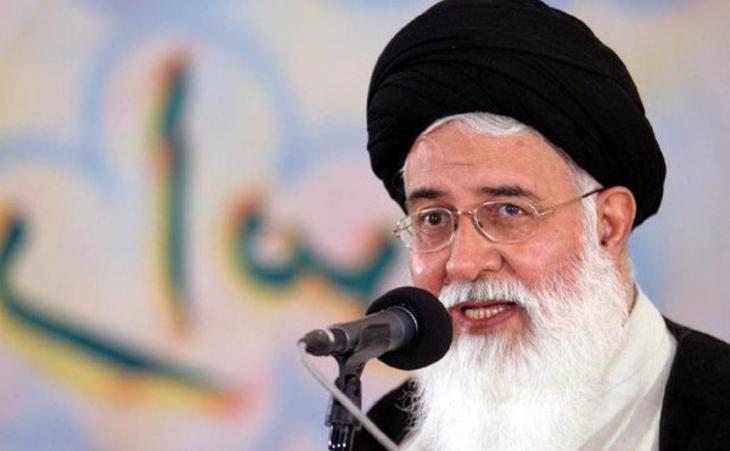 An urgent need to save face: it seems the mullahs would rather relax the ruling on compulsory veiling than risk losing power and authority. After all, when they can no longer arrest and lock up bare-headed women, because there are too many of them – unaffiliated and acting on their own initiative – the government will have no other choice

They have left the issue of Islamic dress to less politically ambitious women from the middle classes. These lone warriors have been defying the will of the government continually and visibly on the streets for almost 40 years.

For a long time, women′s rights activists believed that when the Islamic government set the morality police on women or tried to save them from ″moral ruin″, they were not concerned about a single square metre of fabric. Their aim was to unnerve both women and men, to make them afraid and to secure their own authority. People who feel their powerlessness every day are in no position to defy the will of the government.

But for several years, young women in Iran have been violating the rules on Islamic dress not with bitterness, but with creativity and delight. There are a great number of them, they are not organised and act on their own initiative; they are not vulnerable. They regard their cars as private spaces and take off their headscarves there. On long distance buses, the curtains are pulled and there is loud music and dancing. On underground trains and buses, they suddenly take off their headscarves and are filmed bare-headed.

They are full of life; they break into song in shopping arcades, despite the ban on singing for women, passers-by stop and applaud or give them money. On or under a famous bridge they perform dances while a friend films them; they look joyful. Women calmly stroll around in tight trousers, high heels and with low necklines. Male friends walk with them, filming both them and the surprised faces of passers-by who watch the spectacle with amusement and admire the bravery behind it.

These are neither organised campaigns nor well-known protagonists. Hardly anyone lobbies for the release of those who get arrested for these stunts. They are not regarded as political actions. The people behind them are mostly young girls who want to escape from the laws for half an hour. They do it for the experience and to prove their courage to themselves and their friends.

But unknown Iranian women are not the only ones producing these pictures. Naimeh Eshraghi, a granddaughter of the Islamic Republic′s founder Khomeini, appears in public wearing a lot of make-up, when for decades women have been prosecuted by the morality police for using lipstick or nail varnish. Her daughter Naima Taheri, who is at university in Canada, appeared at a prize-giving there in high heels, skin-tight trousers and a top with see-through sleeves.

Photos have also emerged of Azadeh Namdari, a star presenter on state television and a model woman who has always advocated the strictest form of hijab, in a Swiss park without a headscarf, drinking beer from a bottle. 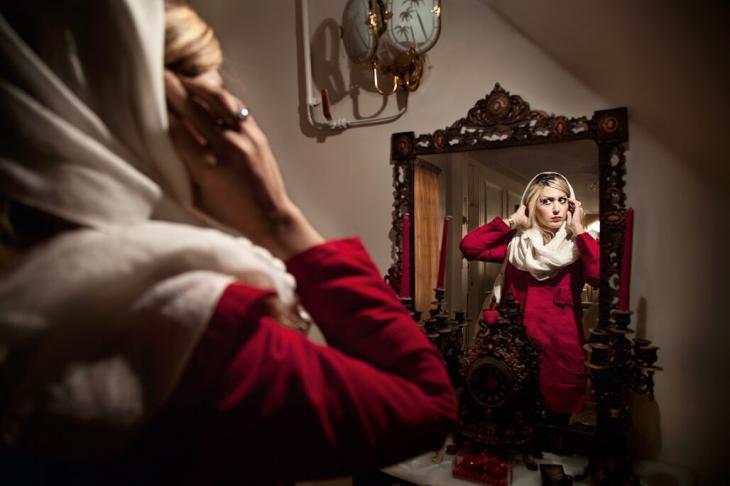 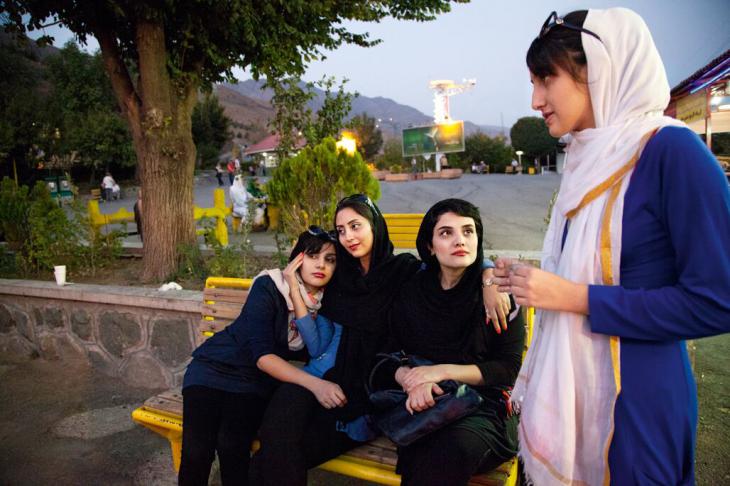 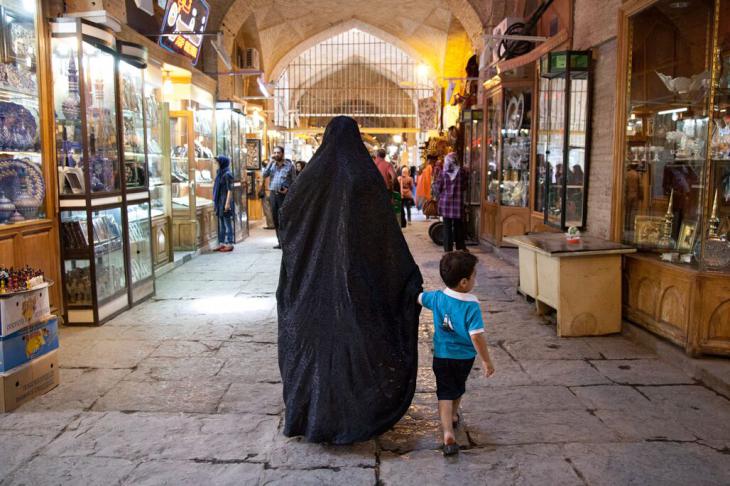 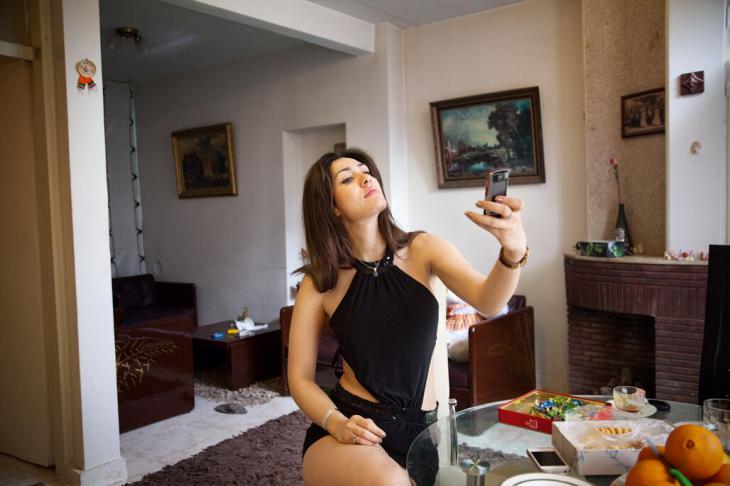 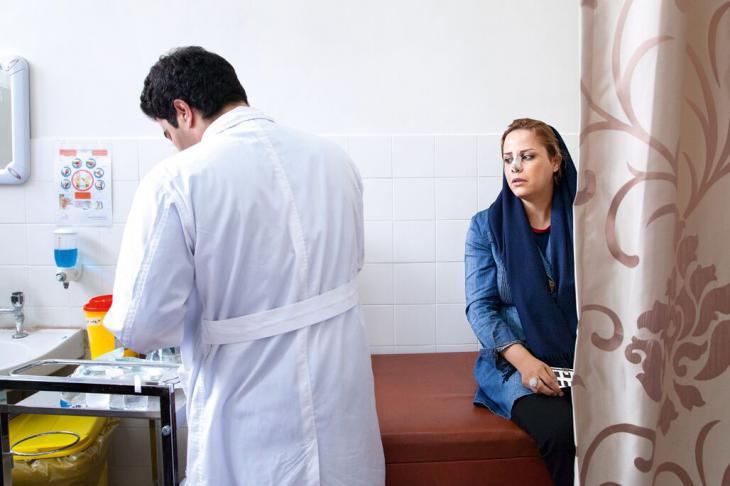 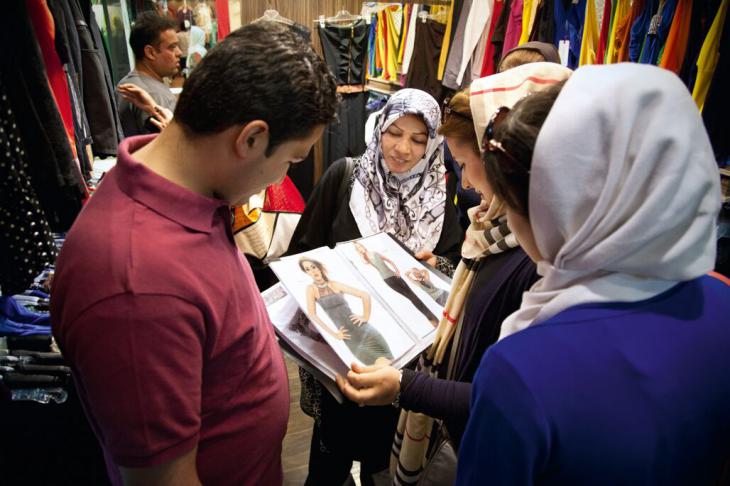 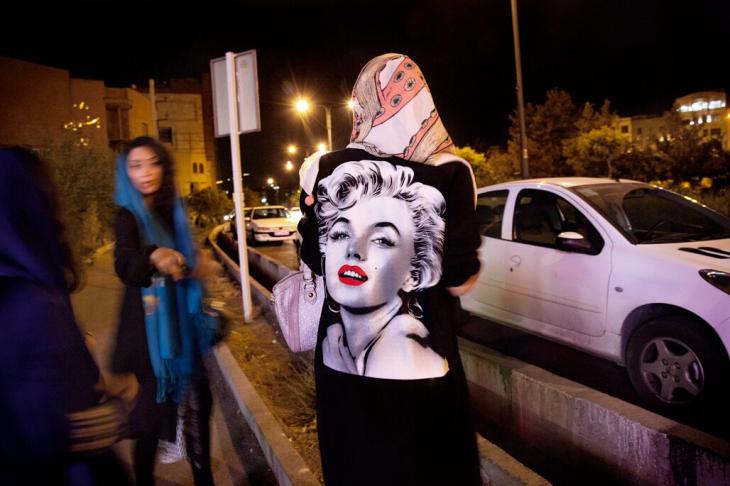 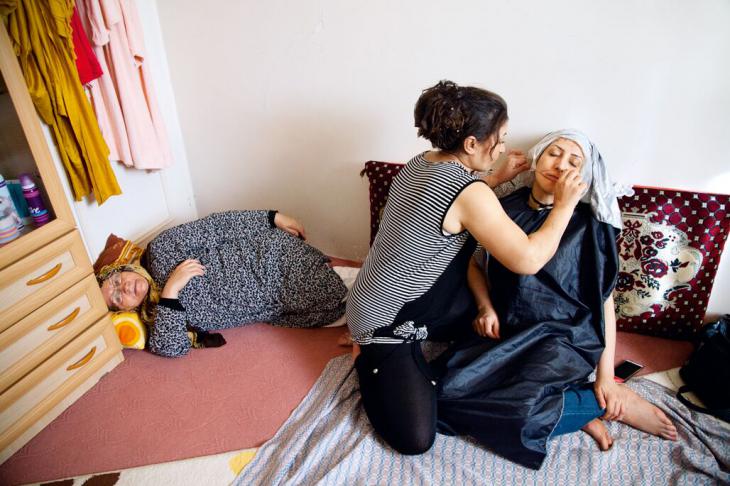 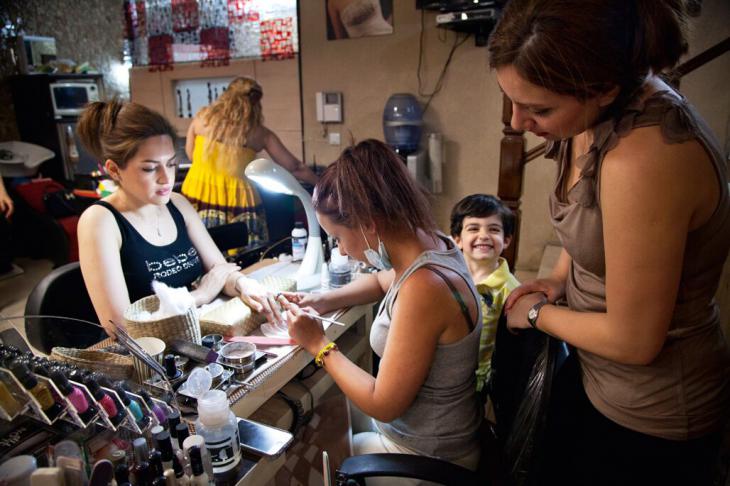 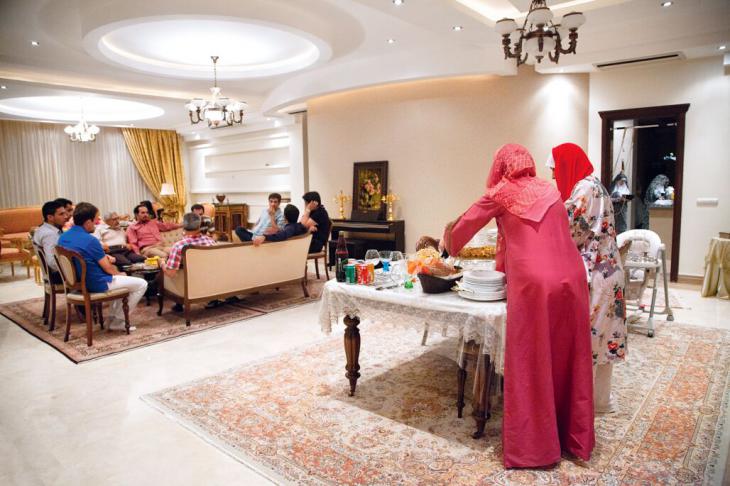 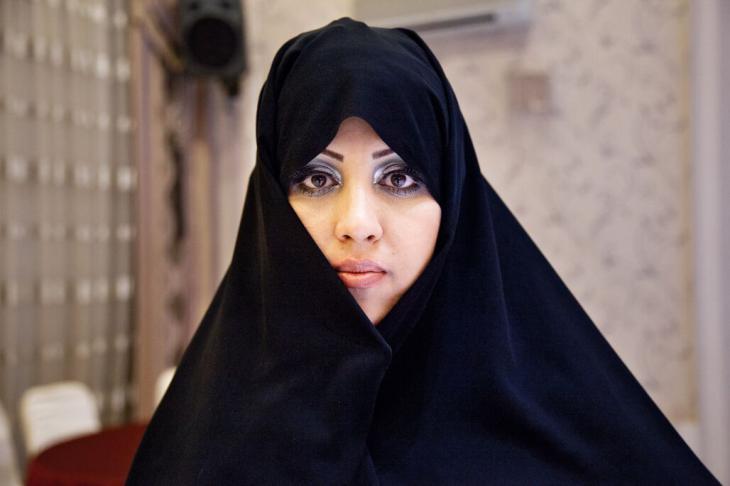 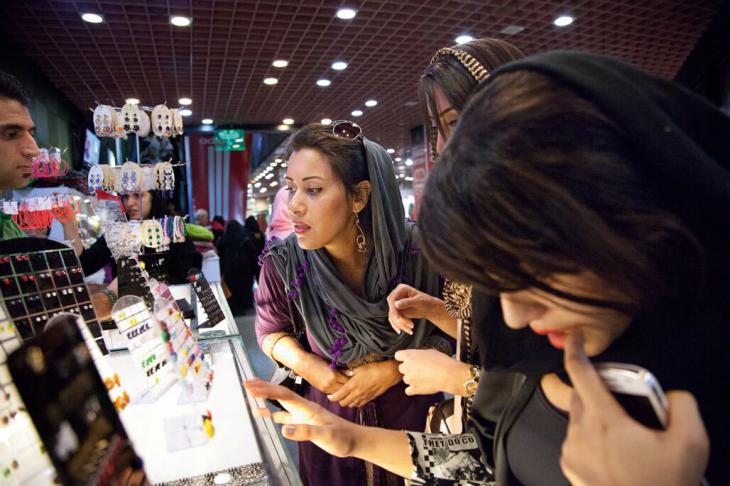 The fact that Alamolhoda, the ultra-conservative cleric, politician and friend of Khamenei, has chosen this moment to reveal that women cannot be forced to adopt the hijab, can be explained by the government′s desperate need to save face.

When they can no longer arrest and lock up bare-headed women because there too many of them – unaffiliated and acting on their own initiative – the government will have no choice but to go with the flow. Otherwise, everyone will see these women getting away with flouting a valid law. A relaxation of the ruling on compulsory veiling is easier to bear than a loss of power and authority.

Short movies nominated for an Oscar often don't get wide public attention. But when one is about an Iranian girl seeking freedom from male domination by taking off her veil, ... END_OF_DOCUMENT_TOKEN_TO_BE_REPLACED

World-famous Iranian film director Jafar Panahi has been incarcerated for several months, even though Iran's Supreme Court overturned the verdict against him. Now, he has gone on ... END_OF_DOCUMENT_TOKEN_TO_BE_REPLACED

Young women are driving forward the protests against the Iranian regime, which have been going on for months. Literature provides clues as to why that should be, and why the ... END_OF_DOCUMENT_TOKEN_TO_BE_REPLACED

Visiting the country of her parents, murdered by the Iranian regime in 1998, German-Iranian artist Parastou Forouhar finds a changed society: hopeful, strong and courageous, ... END_OF_DOCUMENT_TOKEN_TO_BE_REPLACED

Ballet performances are prohibited in Iran. In her film "1001 Nights Apart", director Sarvnaz Alambeigi documents the history of dance in the Islamic Republic. By Fahimeh Farsaie END_OF_DOCUMENT_TOKEN_TO_BE_REPLACED

END_OF_DOCUMENT_TOKEN_TO_BE_REPLACED
Social media
and networks
Subscribe to our
newsletter