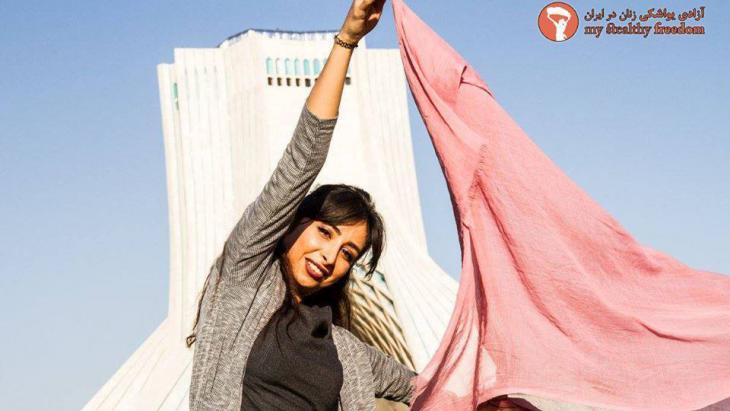 Freedom by stealth – and its public impact

The "My Stealthy Freedom" Internet campaign is designed to make Iranians aware of women’s rights in their homeland. The project’s aim is to free women from their often passive victim roles and inspire them to start their own initiatives. By Iman Aslani

It all started with a picture: in 2014 the Iranian journalist in exile Masoumeh Alinejad-Qomi, better known as Masih Alinejad, shared a photo of herself on Facebook. It showed her jogging, with her hair uncovered. No headscarf.

The picture opened up old wounds for many female Iranian Facebook users. In the comments, they expressed their own longing for the same experience. The resonance was so great that Alinejad decided to post more pictures of her "stealthy freedom" from her time in Iran. There followed, for instance, a photo of Alinejad at the wheel of a car – with no headscarf. Finally she called on female web users to join in. Her Facebook community responded with pictures that contravened the Iranian regime's laws on clothing – pictures that had been taken in secret.

And so the Facebook campaign My Stealthy Freedom, which now has over a million fans, was born. It is a campaign against one of the highly controversial regulations in Iranian society: the rules on clothing for women.

Even stealthy freedom has its opponents

The intention of the campaign was to prompt a public discussion on the exercise of freedom in secret. To give a platform to women who dress revealingly at home and in private and who are persecuted by the police for their modern appearance in public. After years of Islamic rule, the personal freedom of women in Iran should be brought back into the foreground and find its way into the country's official media at last.

"These women only appear in official media as criminals, who are arrested by the morality police," says the campaign’s initiator. "If My Stealthy Freedom makes just one woman aware of her rights, then I will have achieved my aim," adds the journalist and web activist Alinejad.

And within a very short time, her campaign has generated an impassioned debate – a sign that Alinejad has managed to motivate more than just one woman. Traditionally taboo questions and phenomena regarded as self-evident, have suddenly been put under the spotlight and have become the subject of lively discussion. But not everyone has agreed with the campaign’s starting point. Sceptics, particularly male Facebook users, have called it into question. Their criticism boils down to the question: is Iranian women's most significant problem really just a piece of fabric on their heads?

The first pictures from Iran on the Facebook page attracted hostile comments. Women who posted photos of themselves without headscarves on the page should be ashamed, the comments said; the pictures were lewd and the women "whores", wrote one anonymous user. "It came as a real blow to women who were trying to escape oppression by their families and society," says Alinejad.

But increasing numbers of men also offered their solidarity. One initiative by the campaign’s male supporters hit the headlines in mid-2016: they posted pictures of themselves with their hair covered – beside lightly clothed Iranian women. The pictures with the hashtag #meninhijab went round the world. The participants were standing by the women with a symbolic gesture that opposed the compulsory wearing of veils. According to their statement, a man’s honour has nothing to do with the veiling of his wife or sister.

The state as moral guardian

Following the 1979 Islamic Revolution, the Iranian media promoted the Islamic dress rules as a sign of women’s "morality", "dignity" and "purity". In the process, the state’s interpretation of the proper dress for a woman was increasingly linked to the "honour" of her husband, father or brother. This created a collective consciousness for the state dress code and a mechanism of self-monitoring.

The award-winning campaign My Stealthy Freedom therefore calls into question something that has become self-evident to Iranians. Suddenly the Iranian media has started to attach different attributes to the term "veiling". The state is resisting: it is no longer just speaking of "veiling and modesty"; there are even debates being held on the topic of "compulsory veiling". They are intended to prove that the hijab is not forced upon women, but worn of their own free will as part of their independently chosen Islamic identity.

At the weekly Friday prayers in Iran’s mosques, where the country’s most important political and social topics are addressed, preachers in Tehran, Isfahan and Mashhad are speaking out against the "My Stealthy Freedom" campaign. In a Tehran Friday prayer meeting in 2014, the prayer leader Kazem Sedighi said: "in some cities women are taking off their headscarves. Again and again you see them uncovering completely. All forms of unveiling are now finding their way into houses through satellite television programmes and the Internet."

Message to the heart of society

The same year, Iranian state television reported that the campaign initiator Masih Alinejad had been raped in front of her son by three men in London. The TV presenter subsequently compared her on Facebook to an "old whore who has no more customers and is using her campaign to try and recruit young women who are not yet whores". 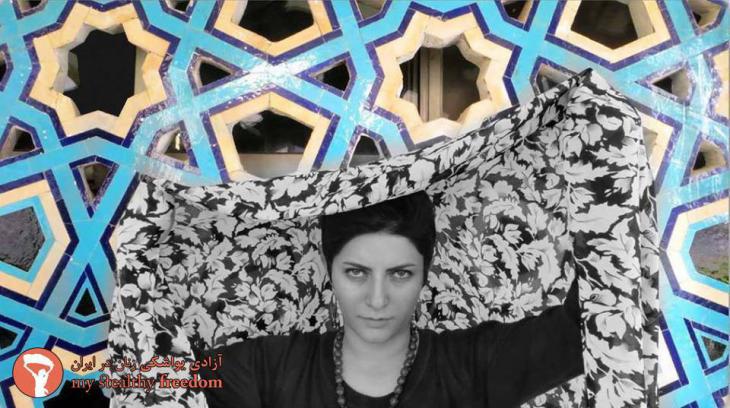 Ever popular: the ongoing stream of images and videos on the campaign’s Facebook page and the discussions on the topic of compulsory veiling show one thing – their message has reached the very heart of society

The discussions that have taken place and the few concessions made by the Iranian regime with regard to women’s rights, are of course not simply attributable to the campaign. The impact of campaigns like "My Stealthy Freedom" and the layers of Iranian society they reach can be measured by their echo. The continuing stream of images and videos on the campaign’s Facebook page and the debates on the topic of compulsory veiling show one thing: their message has reached the very heart of society. The subject of the compulsory hijab as a symbol of female oppression can no longer be trivialised. Videos of violent religious policemen are no longer being ignored.

The discussion is not only being passionately followed by members of the rebellious generation who don’t identify with the Islamists' values, or by powerful opponents of the campaign, who politicise everything to make oppression easier. The moderate wing of the regime now often asks whether taking a hard line on the veil hasn't simply spurred the younger generation on to take the opposite view.

The position taken by the granddaughter of Ayatollah Ruhollah Khomeini, the Islamic Republic’s founder, made headlines in 2012. In an interview with the website Jamaran, Naimeh Eshraghi said: "The hijab was supposed to make society safer, but it has done the opposite."

Stricter than the Prophet

The devout, veiled Muslim woman criticised the violent actions of the security forces against women whose dress did not quite conform to the government’s ideas. In her opinion, even the Prophet Muhammad was not as strict as the Iranian regime in enforcing the commandment for women to veil themselves.

So the problem of compulsory veiling in Iran is a long way from being solved. And it will be a common thread running through all the initiatives coming out of My Stealthy Freedom. The community remains loyal to the campaign and is joining in. The "men in hijabs" idea came among other things from the users themselves. The campaign has now grown beyond the Persian-speaking world and into the focus of the international media. The voices of Iranian women and their male supporters, their demands and interest have thus achieved the attention Alinejad desired.

But, says Alinejad, the greatest endorsement of her work has come from Iranian women writing to her and telling her proudly that their husbands are standing up for women’s rights.

Home
Print
Newsletter
More on this topic
Women′s rights in Iran: "Now it's the men's turn"The headscarf in the colonial period: Remove your veils!Iran′s image in the West: Sheer incredulity
Related Topics
Democracy and civil society, Iranian clerics, Media in Iran, New media in the Muslim world, Sexism and violence against women, Women in the Islamic world
All Topics

On the 10th anniversary of the Arab Spring we can’t quite escape that substance called remembrance. Yet, eschewing facile modes of nostalgic remembrance and/or tragic lamentation ... END_OF_DOCUMENT_TOKEN_TO_BE_REPLACED

After a period of relative calm, the conflict in Syria is reigniting the tensions between Sunni and Shia Muslims in Pakistan: groups from both sects are involved in the clashes in ... END_OF_DOCUMENT_TOKEN_TO_BE_REPLACED

Ten years ago, in February 2011, Yemenis took to the streets for freedom and the rule of law. But instead, the uprising turned into a war that has lasted for years. Impressions ... END_OF_DOCUMENT_TOKEN_TO_BE_REPLACED

Yemen's Arab Spring uprisings led to a raging civil war that has inflicted immense suffering on the population for the past seven years. Will the United States' halt on arms sales ... END_OF_DOCUMENT_TOKEN_TO_BE_REPLACED

END_OF_DOCUMENT_TOKEN_TO_BE_REPLACED
Social media
and networks
Subscribe to our
newsletter