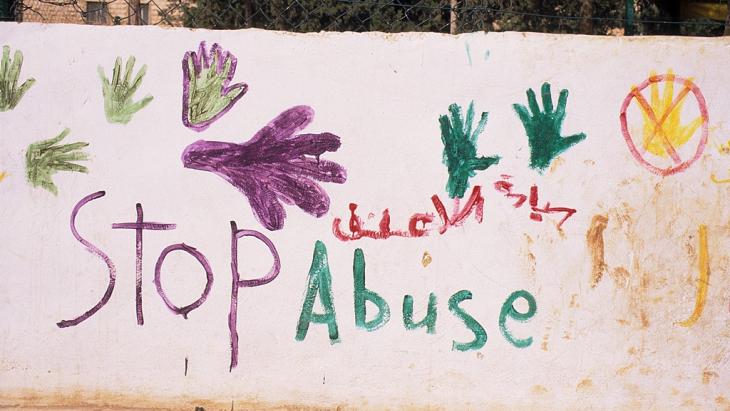 Women's rights in Jordan
The women of Dar Amneh

In Jordan, members of civil society have set up the first shelter for women who are under threat of death from their own families. For one year now, such women have been able to turn to Dar Amneh for help and support. A report by Claudia Mende

Every time Raghda Al Azzeh's cell phone rings, she gets nervous. It might be a woman in urgent need of help. A woman requesting protection from family members who are trying to kill her.

But this time it's only a lawyer who wants to talk to her about a case. The holder of a PhD in social work, who is clad in a beige headscarf and black trouser suit, flops back down into her armchair in relief. Raghda Al Azzeh, in her mid-thirties and single, is the director of Dar Amneh, a women's shelter on the outskirts of Amman, the capital of Jordan. The Ministry of Social Affairs there opened the facility in July 2018, and the first women seeking protection arrived in September.

Dar Amneh is meant to send a clear message that the government is serious about fighting murders in the name of family honour. According to Human Rights Watch, ten to twenty women in Amman still suffer this fate each year despite all the efforts that have been made. Their own brothers or fathers kill them because they have "besmirched" the family's honour. Their alleged misdeeds aren't really crimes at all: they may have given birth to an illegitimate child, or be a victim of rape, or they may simply want to marry a man whom their parents reject. To this day, parts of this patriarchal society marked by Bedouin tribalism still see women as always bearing the blame. Even when they are in fact victims.

Fortunately, information campaigns organised by women's rights activists and non-governmental organisations are slowly having an effect and the number of such crimes is declining. Society has begun to rethink things. More and more people are rejecting these acts of violence.

And now Dar Amneh is offering women protection. "Finally we can do more to help women," says social worker Al Azzeh. "Dar Amneh is for me a gift from heaven. It's like a dream that has finally come true." 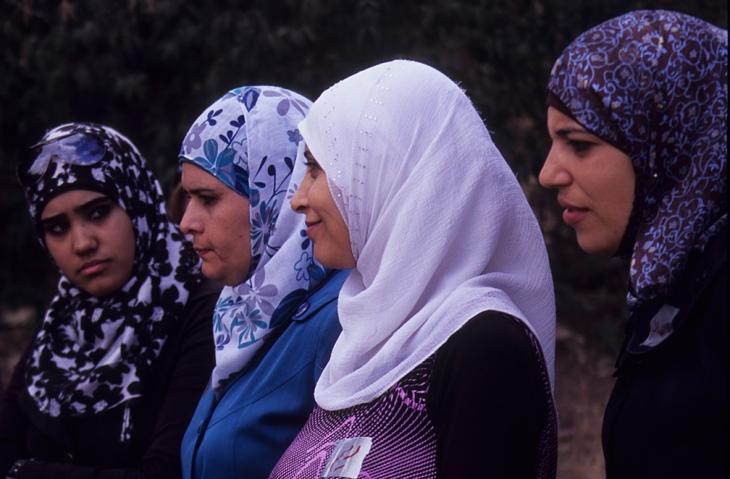 Protection for Jordan's women: Dar Amneh is meant to send a clear message that the government is serious about fighting murders in the name of family honour. A total of 31 women between the ages of 19 and 44 have been admitted to date, 14 of whom have already left Dar Amneh again at their own request. There are currently 17 women living here

When the first woman arrived in September 2018, it was an emotional moment for Al Azzeh, and it still is today every time a new woman shows up on the doorstep, staring in wonder and instantly sensing that this is a good place. A total of 31 women between the ages of 19 and 44 have been admitted to date, 14 of whom have already left Dar Amneh again at their own request. There are currently 17 women living here.

Dar is Arabic for "home" and Amneh means "safe". The house, financed by the American organisation USAID, is surrounded by a high fence and is guarded by plainclothes police – you can never be too sure. Three women share a room, and there is a common room with a kitchen as well as medical care and a play corner for children. As Raghda Al Azzeh makes her way through the house, a hairdresser is showing some women how to cut hair, using a model. The women's faces are narrow and haggard, their laughter sounds cautious. For their own protection, they don't talk to journalists.

Home
Print
Newsletter
More on this topic
Protecting women from violence in Jordan: For a self-determined life Cultural shift in Jordan: A slow awakeningWomen′s rights in the Arab world: No house room for criminals
Related Topics
Gender, Honour killings, Human rights, Muslim women, Sexism and violence against women, Women in the Islamic world
All Topics

After a two-year hiatus, the Arab League re-convened at the beginning of November in Algiers against a backdrop of uncertainty and discord. By Pierre Boussel END_OF_DOCUMENT_TOKEN_TO_BE_REPLACED

In the run-up to the COP27 global climate summit, hosted by Egypt in November, it is worth noting that little rainfall, aggressive heatwaves and worsening drought make the Middle ... END_OF_DOCUMENT_TOKEN_TO_BE_REPLACED

In this essay, renowned Lebanese journalist and writer Hazem Saghieh asks whether the Arab Levant, which stretches from Iraq in the east to Egypt in the west, will remain an ... END_OF_DOCUMENT_TOKEN_TO_BE_REPLACED

With his fist bump greeting for a man he previously called a pariah, US President Biden has paved the way for Saudi Crown Prince Mohammed bin Salman's return to the international ... END_OF_DOCUMENT_TOKEN_TO_BE_REPLACED

The murder of a female student at Mansoura University in the Nile Delta has sparked a long overdue debate on femicide in Egypt. Karim El-Gawhary reports from Cairo END_OF_DOCUMENT_TOKEN_TO_BE_REPLACED

When times are tough, the exchange of ideas and perspectives becomes especially important. It takes dialogue. And at Deutsche Welle, we need distributors and cooperative partners ... END_OF_DOCUMENT_TOKEN_TO_BE_REPLACED
Author:
Claudia Mende
Date:
Mail:
Send via mail

END_OF_DOCUMENT_TOKEN_TO_BE_REPLACED
Social media
and networks
Subscribe to our
newsletter