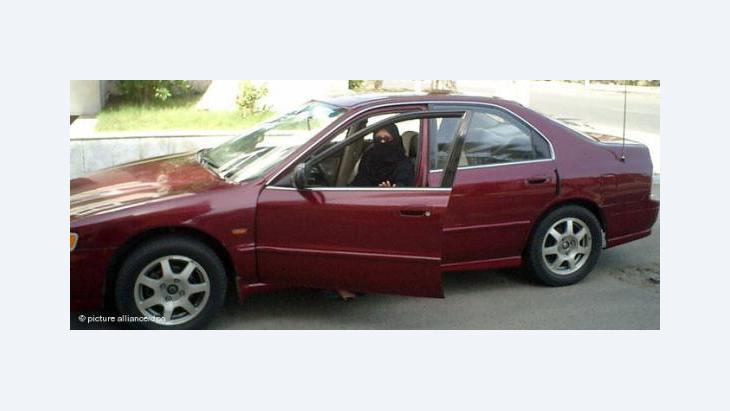 Women's Rights in the Arab World

Are Saudi Women Next?

﻿﻿Nowhere in the world are women's lives more regulated than they are in Saudi Arabia. But, writes Mai Yamani, Saudi women activists are beginning to eloquently demand the removal of restrictions and an end to women's dependency

The unexpected visibility and assertiveness of women in the revolutions unfolding across the Arab world – in Tunisia, Egypt, Libya, Yemen, Bahrain, Syria, and elsewhere – has helped propel what has become variously known as the "Arab awakening" or "Arab Spring." Major changes have occurred in the minds and lives of women, helping them to break through the shackles of the past, and to demand their freedom and dignity.

Since January 2011, images of millions of women demonstrating alongside men have been beamed around the world by television journalists, posted on YouTube, and splashed on the front pages of newspapers. One saw women from all walks of life marching in hope of a better future, for themselves and for their countries.

They appeared prominently – eloquent and outspoken, marching daily, holding caricatures of dictators and chanting calls for democratic change. They walked, bussed, travelled in carts, telephoned and tweeted with compatriots, motivated in part by social demands – above all for their own empowerment. 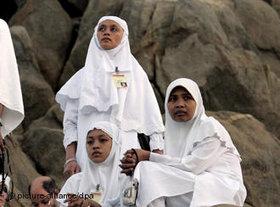 "The rule of law in Saudi Arabia is the rule of misogyny": Saudi women during the pilgrimage to Mecca

​​The contrast between this dynamic space for open protest and Saudi Arabia could hardly be starker. Saudi women find themselves living in a petrified system. Faces of the royal family are seen everywhere; the faces of women are shrouded, forcibly hidden.

Nowhere else in the world do we see modernity experienced as such a problem. Skyscrapers rise out of the desert, yet women are not permitted to ride with men in their lifts. Nor are they allowed to walk in the streets, drive a car, or leave the country without the permission of a male guardian.

Fatima, a young woman from Mecca, sent me an email at the height of the Egyptian revolution: "Forget about the cries for freedom; I can't even give birth without being accompanied to hospital by a mihrim (male guardian)."

She went on, "And the mataw'a (the religious police, known officially as the Committee for the Promotion of Virtue and the Prevention of Vice, and whose leader has ministerial rank) have been given the right to humiliate us in public." Indeed, the mutaw'a saw their wide powers enhanced even more by decrees issued by King Abdullah in March, after helping to suppress protests in the kingdom earlier in the month.

Breaking the silence and apathy 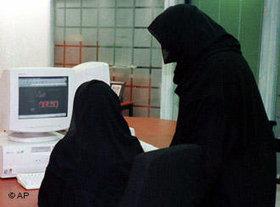 Breaking the law: Wahhabi clerics issued a fatwa that forbids women to access to the Internet without the supervision of a male guardian

​​Yet globalization knows no limits, not even those set by the guardians of Islamic probity. Nine-year-old Saudi girls chat online, disregarding fatwas issued by Wahhabi clerics that forbid them access to the Internet without the supervision of a male guardian. Many women remain secretly glued to satellite television channels, watching their peers in the public squares of Egypt or Yemen, beyond their reach but not beyond their imagination.

On May 21, a brave woman named Manal al Sharif broke the silence and apathy, daring to defy the ban on women driving. For the next week, she sat in a Saudi prison. But, within two days of her detention, 500,000 viewers had watched the YouTube video of her excursion. Thousands of Saudi women, frustrated and humiliated by the ban, staged a "driving day" on June 17.

Saudi Arabia is the only country in the world that forbids women to drive cars. The system of confinement that the ban represents is justified neither by Islamic texts, nor by the nature of the diverse society that the Al Saud and their Wahhabi partners' rule. Indeed, it is far removed even from the rest of the Arab world – which has become glaringly obvious in the context of massive social upheaval almost everywhere else in the region. 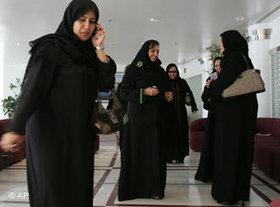 Saudi business women on their way to work. "The system of confinement is justified neither by Islamic texts, nor by the nature of the diverse society that the Al Saud and their Wahhabi partners' rule," writes Mai Yamani

​​Enforced segregation is mirrored in every aspect of Saudi life. Religious education constitutes up to 50% of students' curriculum. As a result, Wahhabi dogma penetrates every home in the country. Textbooks – pink for girls, blue for boys, each with different contents – emphasize the rules prescribed by Imam Muhammad bin Abdul Wahhab, an eighteenth-century cleric and the founder of Wahhabism.

The Saudi judicial system is one of the most formidable obstacles to women's aspirations, relying on Islamic interpretations that protect a defensive patriarchal system. Indeed, not only do judges' decisions support the system, but the reverse is also true: patriarchy has become the driving force of the law.

Thus, Saudi women are barred from the legal profession on the basis of a Wahhabi stricture that "a woman is lacking in mind and religion." In other words, the rule of law in Saudi Arabia is the rule of misogyny – the comprehensive legal exclusion of women from the public sphere.

Saudi rulers have announced that demonstrations are haram – a sin punishable by jail and flogging. Now some clerics have pronounced driving by women to be foreign-inspired haram, punishable in the same way. Yet, despite such threats, thousands of Saudi women joined "We are all Manal al Sharif" on Facebook, and countless other videos of women driving have appeared on YouTube since her arrest.

Like Mamal, they, too, have been detained, and the government appears determined to prosecute them. But Wajeha al Huwaider, Bahia al Mansour, Rasha al Maliki, and many other activists are nonetheless insisting that driving a car is their legitimate right, and are eloquently demanding the removal of restrictions and an end to women's dependency.

Rosa Parks' revolutionary bravery in refusing to move to the back of a Montgomery, Alabama municipal bus in 1955 helped spark the American civil rights movement. We shall soon find out whether Manal al Sharif's defiance of the Saudi regime's systemic confinement of women produces a similar effect.

Home
Print
Newsletter
More on this topic
Saudi Women: Agents of Change Shattering Common StereotypesInterview with Badriya Al-Bishr: ''Anything You Write about Is Made a Scandal, Even Love''
Related Topics
Arab Spring, Arabellion, Christians in the Islamic world, Human rights, Wahhabism
All Topics

U.S. President Biden has announced he will be excluding Saudi Crown Prince Mohammed bin Salman from future talks between Washington and Saudi Arabia. Is this just lip service that ... END_OF_DOCUMENT_TOKEN_TO_BE_REPLACED

Nobel Peace Prize laureate Tawakkol Karman says the time has come to pressure Saudi Arabia and the UAE to withdraw from Yemen so that the country can resume the peace process and ... END_OF_DOCUMENT_TOKEN_TO_BE_REPLACED

After a period of relative calm, the conflict in Syria is reigniting the tensions between Sunni and Shia Muslims in Pakistan: groups from both sects are involved in the clashes in ... END_OF_DOCUMENT_TOKEN_TO_BE_REPLACED

Ten years ago, in February 2011, Yemenis took to the streets for freedom and the rule of law. But instead, the uprising turned into a war that has lasted for years. Impressions ... END_OF_DOCUMENT_TOKEN_TO_BE_REPLACED

Islam scholar and social anthropologist Marie-Christine Heinze is head of an academic exchange project with the University of Sanaa on "Post-conflict Reconstruction in Yemen". In ... END_OF_DOCUMENT_TOKEN_TO_BE_REPLACED

Yemen's Arab Spring uprisings led to a raging civil war that has inflicted immense suffering on the population for the past seven years. Will the United States' halt on arms sales ... END_OF_DOCUMENT_TOKEN_TO_BE_REPLACED
Author:
Mai Yamani
Date:
Mail:
Send via mail

END_OF_DOCUMENT_TOKEN_TO_BE_REPLACED
Social media
and networks
Subscribe to our
newsletter