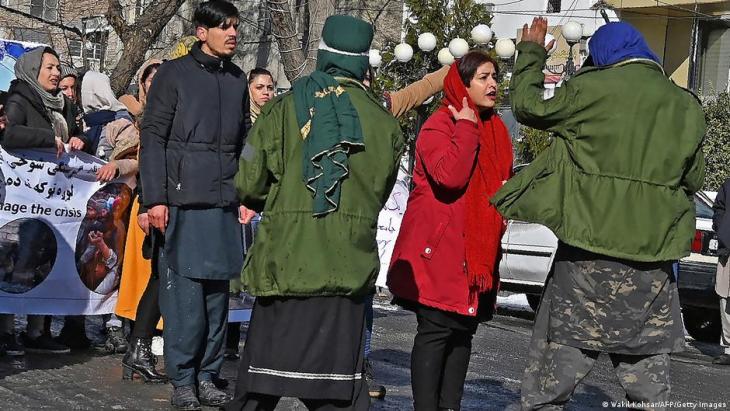 Restrictions imposed by the Taliban after their takeover mostly targeted urban women. Now, the expanded rules could affect all women in Afghanistan. By Monir Ghaedi

Since the Taliban swept back to power in Afghanistan in August, they have been enforcing their fundamentalist interpretation of Islam. In spite of trying to rebrand as more moderate, the group has imposed a slew of restrictions that revoke the liberties that Afghan women have won through a history of struggle and activism, and unravel the gains made over the past two decades.

Following al-Qaida's September 11, 2001, attacks in New York and Washington, DC, the United States invaded Afghanistan. The justifications for the war placed prominent attention on the Taliban's misogyny. According to the administration of then US President George W. Bush, the war on terror in Afghanistan was "also a fight for women's rights and dignity".

That drew attention to the plight of Afghan women, which translated to international aid and funding for social programmes and NGOs focused on improving women's lives. This enabled women in urban areas, particularly in the capital, Kabul, to participate in public life in ways that were impossible under the Taliban regime. 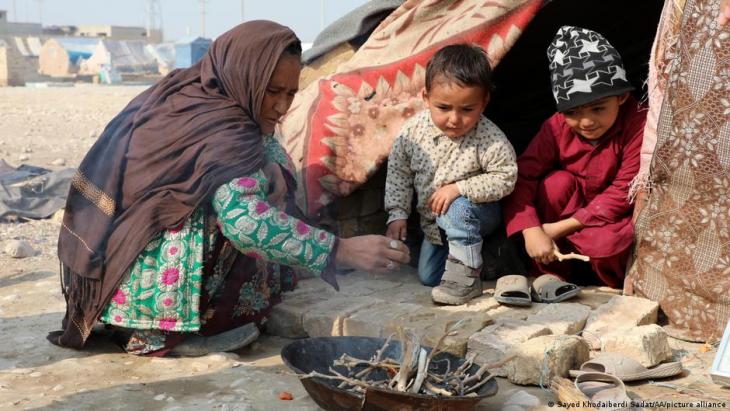 After the US invasion of Afghanistan, the administration of President George W. Bush stressed that the war on terror in Afghanistan was "also a fight for women's rights and dignity". "That drew attention to the plight of Afghan women, which translated to international aid and funding for social programmes and NGOs focused on improving women's lives," writes Monir Ghaedi. Pictured here: an Afghan woman and two children watch a small fire outside a tent

But those changes failed to reach the countryside, where, according to data from the World Bank, about 70 per cent of Afghans live. In the two-decade war, villages across Afghanistan have been scenes of countless clashes between Taliban-aligned groups and NATO and national forces. Rural women constantly suffered night raids, airstrikes and displacement, without getting the chance to benefit from the expanded opportunities for their counterparts in the cities.

A UN report published in July quotes rural women who say the 2020 withdrawal agreement between the United States and the Taliban has meant less violence in their areas, greater freedom of movement and reduced anxiety.

The first restrictions that the Taliban introduced once they regained power mostly targeted urban and middle-class women. But they are expanding into a long list of rules, which will affect Afghanistan's entire female population.

Here are some of the restrictions that the Taliban have imposed on women so far:

Afghan women have been banned from travelling more than 72 kilometres (45 miles) without a male relative since 26 December. The Taliban Ministry for Propagation of Virtue and the Prevention of Vice made it illegal for drivers to give rides to women travelling alone. A senior member of Human Rights Watch told the AFP news agency that the decree prevents women from "being able to depart if they are facing domestic violence".

In November, the Taliban banned women from appearing on TV shows and in films and ordered female journalists and presenters to wear headscarves.

According to a report released by Reporters Without Borders (RSF) in August, most female employees of media organisations stopped working after the Taliban takeover. 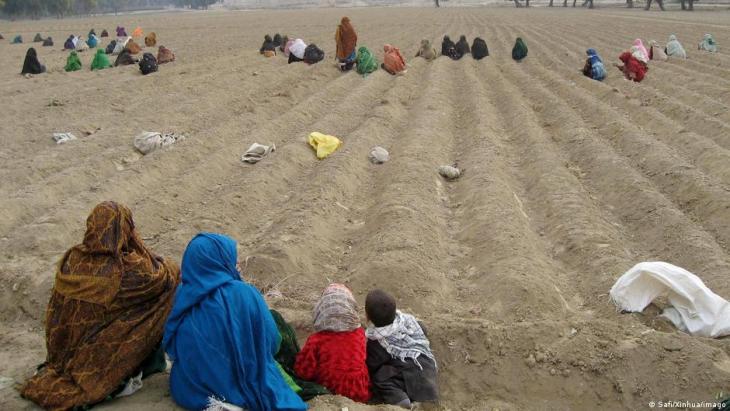 According to Monir Ghaedi, the changes that were made during the years of US occupation mainly benefitted women in urban areas: "But those changes failed to reach the countryside, where, according to data from the World Bank, about 70 per cent of Afghans live." Pictured here: Afghan women and children sit in a field

Established in 2001, the Women's Affairs Ministry was abolished by the Taliban in September. Its office now houses the Propagation of Virtue and the Prevention of Vice Ministry. 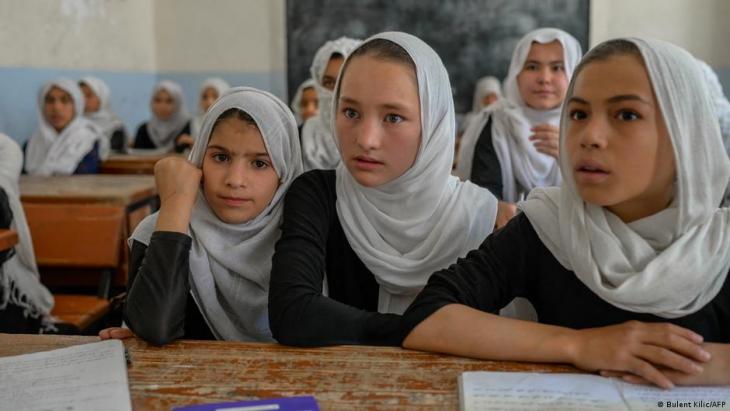 In early July, as the Taliban were seizing territory from government forces across Afghanistan, the group's fighters stormed into bank offices in the southern city of Kandahar and ordered women working there to leave.

After taking full control of Afghanistan, the group continued to eliminate women from workplaces. In September, one of the Taliban's senior figures told the Reuters news agency that Afghan women should not work alongside men. That statement was followed by another decree issued by the interim mayor ordering female employees of Kabul's city government to stay at home.

Women accounted for 20 per cent of the country's workforce in 2020, according to a report released by the UN Development Programme in December, and a growing number of them ran small businesses.

In September, the Taliban's education minister announced that gender segregation and Islamic dress code will be mandatory for universities.

All female students, teachers and staff must wear an Islamic abaya robe and niqab that covers the hair, body and most of the face, according to the regulations issued by the Education Ministry.

Afghan women have protested these restrictions multiple times, despite being assaulted with rifle butts, tear gas and metal clubs.

The notorious U.S. prison camp is 20 years old. Over the years, several plans to close it have been rejected. For the detainees, little has changed in the last two decades. Oliver ... END_OF_DOCUMENT_TOKEN_TO_BE_REPLACED

After coming to power, the Islamist group imposed a ban on girls' education, prompting some Afghans to set up an underground school. Hussain Sirat and Ahmad Hakimi spoke to some ... END_OF_DOCUMENT_TOKEN_TO_BE_REPLACED

As the Western world emerges from a holiday season made less festive by COVID-19, millions of children in Afghanistan are starting 2022 facing the prospect of famine, illness, and ... END_OF_DOCUMENT_TOKEN_TO_BE_REPLACED

Each year, thousands of people travel to the Turkish city of Konya to attend a week-long series of events and ceremonies that mark the death of the 13th-century Islamic poet, ... END_OF_DOCUMENT_TOKEN_TO_BE_REPLACED

Their exhausting escape from the Taliban took them from Kabul to Qatar, though European cities and U.S. military bases. But now this Afghan family has finally arrived in a small ... END_OF_DOCUMENT_TOKEN_TO_BE_REPLACED

The Pakistani Taliban, known by the acronym TTP, are regrouping and reorganising, with their leadership headquartered in neighbouring Afghanistan, according to a U.N. report from ... END_OF_DOCUMENT_TOKEN_TO_BE_REPLACED
Author:
Monir Ghaedi
Date:
Mail:
Send via mail

END_OF_DOCUMENT_TOKEN_TO_BE_REPLACED
Social media
and networks
Subscribe to our
newsletter