Partial Successes for the Women's Rights Movement in Morocco

Goals towards achieving greater gender equality are far from being fully realized in EU countries and in predominantly Muslim states bordering on the Mediterranean. So concluded a conference of women's rights groups. Yet, there were also positive developments noted. One of these is the new Family Law in Morocco, as Monika Hoegen reports 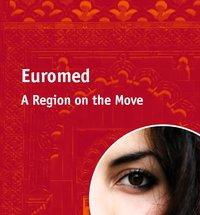 Since 2004, a new personal status law exists in Morocco, which, in practice, still encounters numerous hurdles

​​In 2004, Morocco instituted a new Family Law. This was akin to a minor revolution in the Kingdom, in which, until then, all rules pertaining to the family, marital status, inheritance, marriage, divorce, and children were regarded as God given. This was a sphere where things could only be altered – if at all – by the King.

In order to change these attitudes, women, in particular, had to fight a long and tough battle, says Rabea Naciri from the Democratic Association of Moroccan Women. The group played a decisive role in bringing the new law to fruition.

"Many Moroccans, politicians, and conservatives acted as if the Family Law, the law on personal status, were something holy. It took 20 years until things could change – 20 years of the women's movement."

Finally, women have achieved some success. In 2004, the so-called marriage guardianship regulations were abolished. Until then, a woman couldn't even sign her own marriage certificate. Instead, a marriage contract was only accepted if the woman was represented by a guardian, such as her father. Today, such representation is no longer necessary.

Despite this, many women were at first anxious and hesitated to make use of the new law, recalls activist Rabea Naciri.

"Even back in 2004 and 2005, there was hardly a woman who dared to make use of this law. Women were simply not prepared to marry without being represented by their fathers," claims Naciri.

Yet, statistics for 2007 from the Ministry of Justice show that there are now many women getting married without having their fathers act as guarantors, says the women's activist.

"A law can change the way things are done. It just isn't true when someone says to us, ‘No, a law is not important, but rather it's tradition and mentality that count.' Things aren't so simple. Laws can alter traditions and we see this quite clearly in Morocco."

Shift in attitudes in Moroccan society

Women in Morocco, continues Naciri, today feel more and more like full-fledged citizens and also have an ever-greater awareness of their political rights. The new Family Law has decisively contributed to a shift in attitudes in Moroccan society – and not only among men, but, above all, in women too, asserts Naciri.

In 2004, King Mohammed VI held a speech in the Moroccan Parliament signaling the introduction of the new family and women's rights law, the Moudawwana

​​"Today in Morocco, women support equality. This wasn't the case ten years ago. Back then, women talked the same way as men about issues that affected women. They said exactly the same things as men when discussing their own rights. In effect, they held the same views as men."

This is not the case today. Women have different views than men when it concerns special rights, especially family rights, the question of violence, and so on, reports Naciri.

The Family Law is not God given

Even otherwise more reserved, modest, or uneducated women now express themselves openly. In addition, new women's organizations have been established. One, for instance, supports the right of women to own property.

The Ministry of Justice is even cooperating with NGOs, says Naciri. Despite this, there are still hurdles on the path to greater legal and political equality for women in Morocco.

"In practice, many things remain difficult – and in many aspects of life. For example, there is the issue of marriage with minors, which many judges permit. And then there is the matter of consent to polygamy."

A further difficulty is also the conjugal right of residence, as a new law states that in the case of a divorce, the mother can remain in the conjugal home with her children or has the right to other living quarters, says Naciri. Yet, the country's judicial administration has still not managed to enforce this right.

Nonetheless, even though many men in Morocco are still opposed to equal opportunity for women, they simply can't say it as openly as in the past, nor can they seek justification in a supposed God-given family law.

Other once taboo subjects are also being discussed in the country. This includes the issue of abortion, on which a medical conference was recently held in Morocco. This was something of a minor sensation, says the activist Naciri, and it marked a further milestone in the struggle by Morocco's women's movement.

END_OF_DOCUMENT_TOKEN_TO_BE_REPLACED
Social media
and networks
Subscribe to our
newsletter