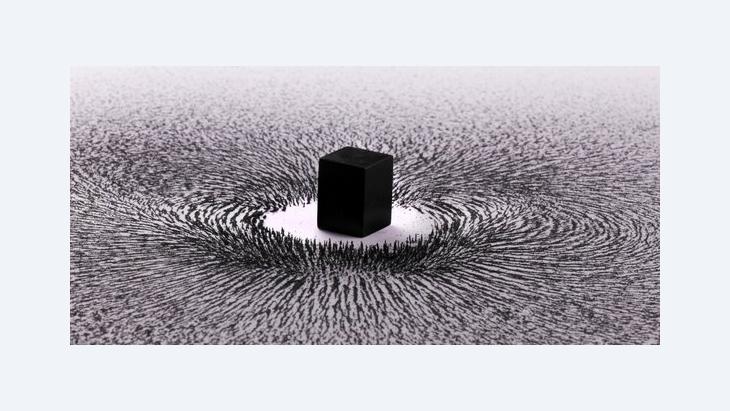 Over the past 18 months, the British Museum has organized three exhibitions on the subject of faith. The final exhibition in this series takes a closer look at both the personal and practical aspects of the Hajj and seeks to give visitors a sense of the experience of the Hajj and what the pilgrimage means. By Susannah Tarbush

The exhibition entitled "Hajj: Journey to the heart of Islam", which runs at the British Museum in London until 15 April, is the first-ever major exhibition to focus on the annual Muslim pilgrimage. Mounted in the museum's iconic Round Reading Room, the exhibition brings together an extraordinary array of 209 items from the British Museum and 39 institutions in the Arab world, Europe, Mali, Malaysia, the USA and Australia.

This ground-breaking exhibition is accompanied by a magnificent 288-page book edited by Venetia Porter, the British Museum's curator of Islamic and Modern Middle Eastern art and co-curator of the exhibition, and her colleague Qaisra Khan.

"Our key purpose in this exhibition is to try to allow everybody – Muslims and especially non-Muslims – to get some sense of what the experience of Hajj is and above all what it means," says the museum's director Neil MacGregor.

The exhibition aims "to present what is a supreme theological, religious experience – and what is arguably the greatest logistical challenge that exists on the planet once a year as nearly three million people gather in the same place to perform the same rituals at the same time. We have tried to show both those elements: the intensely personal religious aspect of the Hajj and the practical side." 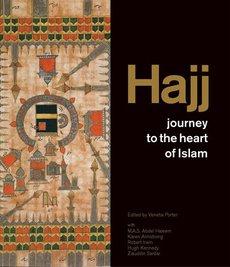 The British Museum has published a magnificent 288-page book on the exhibition "Hajj: Journey to heart of Islam", which runs until 15 April 2012

​​The challenges in mounting the exhibition were considerable. As MacGregor says, the Hajj is "one of the five pillars of Islam that non-Muslims can neither watch nor take part in." Religious and political sensitivities had to be considered, and the cooperation of the authorities in Saudi Arabia – home to the holy cities of Mecca and Medina – was essential. The museum's partner in the exhibition is the Riyadh-based King Abdulaziz Public Library, and the exhibition is sponsored by HSBC's Islamic banking arm, HSBC Amanah.

The exhibits include manuscripts, paintings, archaeological finds, tiles, photographs, Hajj certificates, pilgrim guides, archive film footage and objects taken by pilgrims on the Hajj or brought home as souvenirs. Among the sumptuous textiles are examples of the coverings, panels and curtains made annually for the Kaaba in Mecca.

One particularly eye-catching item is a splendid nineteenth century mahmal – the ceremonial palanquin carried on a camel which was the centrepiece of the pilgrim caravan from Cairo. The rich red silk of the mahmal, embroidered in silver and gold thread, is hung from a wooden frame.

﻿Relating stories about the Hajj 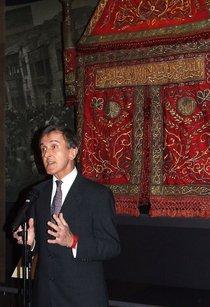 According to museum director Neil MacGregor, the key purpose in organizing the exhibition was to try to allow everybody to get some sense of what the experience of Hajj is and above all what it means"

Among the earliest items on show is a rare eighth-century Arabian Koran. However, alongside the historical material, Porter was keen to include modern art such as Saudi artist Ahmed Mater's striking 2011 composition "Magnetism". The work takes the form of a black cuboid magnet, representing the Kaaba, surrounded by a mass of swirling iron filings symbolizing crowds of circumambulating pilgrims.

Once it had been decided which objects would be shown in the exhibition "it was a matter of working out all the different types of stories we wanted to tell," says Porter. "Wonderful things emerged; for example I didn't know that Thomas Cook arranged the pilgrimage ships in the mid-nineteenth century. There are lots of different kinds of stories that we're able to tell in this exhibition."

Some of these stories are accounts of the Hajj by pilgrims from different times and places. Thanks to an Arts and Humanities Research Council (AHRC) grant, the museum was able to collaborate with Leeds University to collect oral histories of British Muslims' experiences of the Hajj.

Porter is struck by the similarities between the chronicles of early travellers to Mecca – such as Ibn Battuta in the fourteenth century and Ibn Jubayr in the fifteenth century – and the voices of Hajj pilgrims today. "There is that same sense of wonderment when they are standing before the Kaaba. The journey may have changed, but the reason for going, and the reactions to it, haven't changed."

﻿All roads lead to Mecca 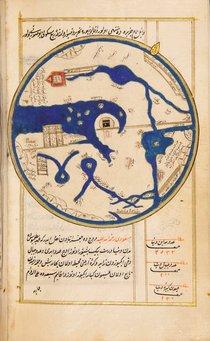 According to Neil MacGregor, "it has become very clear for all of us in recent years that we can't understand our world today unless we think about the relationship of faith and society"

​​The modes of travel and routes of the Hajj have been transformed over time. The exhibition focuses on five routes. The first is the Arabian Route from Kufa to Mecca, named Darb Zubayda after the famous Queen Zubayda (died 831), wife of the great caliph Harun al-Rashid. Zubayda so loved the pilgrimage that she made sure wells were dug and rest stations constructed to care for the pilgrims on their arduous journey.

The African route ran from Timbuktu in Mali, via Ghadames and Cairo. In 1324 Emperor Mansa Musa set off with a retinue of 8,000 including 500 slaves, and carried so much gold that the price of gold slumped in Egypt.

The Ottoman Route began in Istanbul and passed through Damascus. The ancient Indian Ocean maritime routes to Jeddah declined with the advent of mass air travel. One present-day route highlighted by the exhibition is the British route, by air from London to Jeddah.

The holding of the Hajj exhibition accords with MacGregor's view that "it has become very clear for all of us in recent years that we can't understand our world today unless we think about the relationship of faith and society."

MacGregor has over the past year and a half initiated a series of three exhibitions exploring this faith dimension. The first was "Journey through the Afterlife: Ancient Egyptian Book of the Dead". It was followed by "Treasures of Heaven: Saints, relics and devotion in medieval Europe". 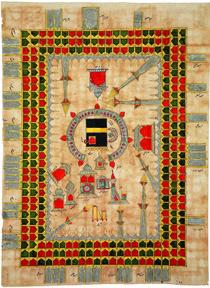 This Hajj certificate is one of the exhibits at the exhibition, which includes manuscripts, paintings, archaeological finds, photos, film footage and objects relating to the Hajj

​​"Hajj: Journey to the heart of Islam", is the third and final exhibition. Speaking on BBC radio, Mehdi Hasan, senior political editor of the New Statesman magazine, praised the exhibition as "bridge building in an era where there's so much misinformation, misunderstanding and misrepresentation of Muslims in the West." He added: "If it goes some way towards showing here is an amazing spiritual, geographic, theological, historical experience – nothing to do with terrorism, bombs, politics or Middle East wars – that's a good thing."

But Hasan shared the concern of some other critics who, while giving the exhibition a generally high rating, felt that the close Saudi involvement had led to a glossing over of certain aspects of Hajj and the holy places.

For Hasan, the "gaping hole" in the exhibition is the absence both of the politics of Saudi Arabia and of the influence of the austere Wahhabi school of Islam. "Having been on the Hajj, I've seen with my own eyes some of the cultural vandalism that's gone on in Mecca and Medina," Hasan said.

END_OF_DOCUMENT_TOKEN_TO_BE_REPLACED
Social media
and networks
Subscribe to our
newsletter