Yasmina Khadra, a former officer of the Algerian army, has made a name for himself in Germany with a series of detective novels. In his latest book, "The Attack," he deals with the problem of violence in the Middle East. Heribert Becker has read the book

Yasmina Khadra, a former officer of the Algerian army, has made a name for himself with a series of detective novels. In his latest book, "The Attack," he deals with the problem of violence in the Middle East. Heribert Becker has read it 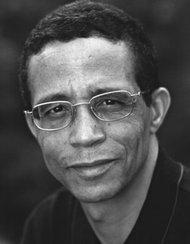 In "The Attack", as in most of his other novels, Yasmina Khadra deals with violence in the Arab world (photo: Brigitte Friedrich)

​​It was only in 1999 that it was revealed that the person behind the female pseudonym Yasmina Khadra ("green jasmine blossom") was a man: the Algerian Mohammed Moulessehoul, born in 1955.

He had been a soldier in the Algerian army since he was a young man, and in 1989 he began to hide his identity behind the two given names of his wife. Moulessehoul took the step after the military authorities required soldiers who were active in the literary field to present their writings to the censors.

At the start of 2000, Khadra, who has always written in French, left the army after 36 years service. At the end of the same year, he went into exile in France, where he still lives.

Khadra wrote his first novel in 1985 and has published more than a dozen since, including a few detective novels, such as The Algiers Trilogy. Many of the books have been translated into 16 languages.

"L'Attentat" was published in 2005, and has now been brought out in English under the title "The Attack". The novel will also be translated into fourteen other languages, and there are plans for a film.

Khadra is perhaps so extraordinarily successful because he tends to take as his subjects current controversial topics from the Arab and Muslim worlds.

"Wolf Dreams" (1999) deals with the development of a young man who finally ends up as a violent participant in the Islamic Resistance.

The action of "The Swallows of Kabul" (2002) takes place in the oppressive atmosphere of Afghanistan under the Taliban.

"The Sirens of Baghdad" (2006) leads the reader through
Iraq following the US-led invasion and during the subsequent civil war, where a young Iraqi causes a devastating catastrophe after he has suffered a variety of humiliations at the hands of the "liberators" and ended up as the booty of the Islamists.

A journey to the roots

Violence—horrifying violence in the Arab world—is also the subject of "The Attack." The first-person narrator, Amin Jaafari, is a Palestinian with Israeli citizenship.

He's a highly successful surgeon who has worked his way to respect and prosperity. He lives with his wife Sihem in Tel Aviv, and doesn't worry his head much about the conflict going on around him. He's a "perfect example of successful integration."

And then a suicide bomber kills seventeen young Israelis in Tel Aviv and dozens of others are injured. Amin simply cannot believe it when it emerges that the bomber is his own wife—a woman who had appeared until now to enjoy the same modern, Western lifestyle as he did.

Amin travels to the Palestinian territories of the West Bank, in an attempt to find out what had brought Sihem to this incomprehensible act. The West Bank is where he comes from and his wife had been there only recently. His journey turns into a journey to his roots, a "journey of initiation."

While Sihem is celebrated as a heroine by the Palestinians, Amin is seen by them as a renegade and a traitor. The description in this part of the book of the situation in which the Palestinians live is remarkable. In Jenin, a resident says, "Compared to what's going on here, hell is a holiday camp."

Among the novel's strong points are the discussions which Amin has with those responsible for the Palestinian resistance. Although he doesn't back off from his position as a protector of life, the arguments of the other side don't fail to have an effect on him.

He learns much about the motives of the Palestinian struggle against Israel. As one Palestinian commander says, "There is no greater catastrophe than the experience of being humiliated. That is an endless misfortune, doctor. It takes away all your taste for life."

Amin begins to understand the people from who he comes, and he begins to have an idea of the motives which drove his wife to her act of violence.

At the end of the novel, Khadra comes full circle, with a horrifying revenge attack by the Israeli army on the Palestinian civilian population. There are a large number of dead—most of them innocent—and Amin himself is seriously wounded: the circle of violence from which it seems no-one can escape is completed.

As part of its advertising for "The Attack," the publisher of the German edition is quoting words of praise from André Glucksmann, and apparently J. M. Coetzee considers Yasmina Khadra to be among "the world's most significant novelists."

That gives a somewhat flattering impression: this novel at least is, in literary terms, mediocre. The narrative is workaday, sometimes melodramatic, and the psychological portrayal of the characters is scarcely less superficial than one expects from a soap opera.

We learn nothing at all of what went on in Sihem's mind. But the lack of literary quality will not interest most readers as much as the up-to-the-minute subject matter. And that applies especially to anyone who wants to make it into a film.

Arabic Literature
"One Only Has to Want to Listen"
For over twenty years the Unionsverlag in Switzerland has been publishing non-European literatures, including a considerable number of Arabic authors. Martin Zähringer read these books and spoke with the director of the publishing house.

END_OF_DOCUMENT_TOKEN_TO_BE_REPLACED
Social media
and networks
Subscribe to our
newsletter