Skip to main content
Yasmina Khadra: "The Sirens of Bagdad"

The Logic of Terrorism 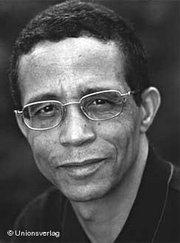 ​​Beirut, Baghdad, and the Iraqi desert village of Kafr Karan – those are the settings of Yasmina Khadra's new novel, The Sirens of Baghdad. Yasmina Khadra is the pseudonym of Mohamed Moulessehoul, who was born in 1956. As a high-ranking officer in the Algerian army, he was not able to reveal his real name until he went into exile in France in 2000.

In his exciting new thriller, he tells the story of a young Iraqi. Beirut is both the final destination for this unnamed first-person narrator and the starting point of the novel. The young man waits for his flight to London in a hotel in the Lebanese capital – with a mission: "it will be the biggest operation in enemy territory ever recorded, with a force a thousand times greater than the attacks on 11 September."

The career of a terrorist

In a series of flashbacks, the reader follows the young man's path to becoming a person full of hatred. He grows up happily in Kafr Karan, but war comes to the village as well. One night, American soldiers searching for weapons drag the villagers out of bed. This raid shakes the narrator to his very core. The honor of his family has been destroyed. For the GIs, who are portrayed as extremely brutal, that is incomprehensible. Two worlds come into conflict here, says Yasmina Khadra: 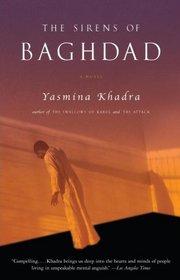 Cover of Yasmina Khadra's "Sirens of Baghdad": "The book expertly evokes an urban atmosphere of paranoia and random destruction," wrote The Guardian

​​"In the Arab world, dignity is the central nerve. One cannot live without dignity. It is the only resource of a poor person. If someone takes that away from him, he is completely lost – for himself and for others."

In search of revenge, the young man goes to Baghdad, where he becomes easy prey for the jihadists.

Young men with no future

How frustration and desperation drive young people into the hands of fundamentalists is a theme that runs through Khadra's work like a leitmotif. In reality, they only dream of having a job, a house, a girlfriend. But they have no future, according to Khadra:

"We have governments that only think about themselves; they lie and deceive us. The young men are full of energy and ambition and do not understand why they cannot participate in shaping their country. When they join the fundamentalists, it is first of all a political act."

Explaining the Arab mentality to the West

Afghanistan, Israel, Iraq – Yasmina Khadra's last three novels are set in international focal points. The writer sees himself as an intermediary and wants to explain the Arab mentality to the West. He has never visited the countries he writes about, however; the settings originate in his imagination. But, says Khadra, his own experiences as a soldier in Algeria can easily be applied to the other countries in the Arab world. A village in the Sahara is not much different from Kafr Karan in Iraq.

Admittedly, his trilogy on terrorism comes across as an explanatory piece at times. The characters deliver their statements like actors reciting their lines.

Subtle characterization and psychological penetration of the figures are not exactly Khadra's strong points. The author focuses more on political aspects. That makes his fascinatingly written books highly topical, however, and explains more than many political analyses. And he is successful – three million books, translated into almost twenty languages.

END_OF_DOCUMENT_TOKEN_TO_BE_REPLACED
Social media
and networks
Subscribe to our
newsletter