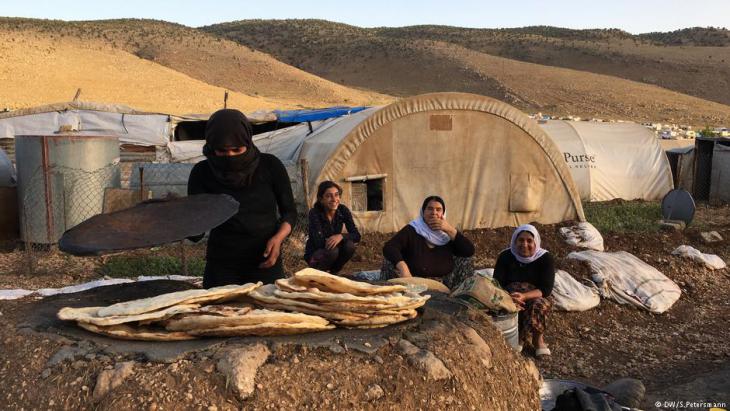 Yazidis mourn their devastated community
Sinjar is not Mosul

Where can Iraq's Yazidis live in the future? Their home, Sinjar, has been liberated, but the Islamic State genocide that began on 3 August 2014, has left an indelible mark on their city. Sandra Petersmann reports

It's as if someone had taken a huge sledgehammer and beaten the hell out of it. Ruins and yet more ruins. Pulverised concrete and smashed bricks as far as the eye can see. There is hardly anything left of Sinjar, once the largest city in the Yazidi homeland in northern Iraq, which bears the same name.

With the backing of massive U.S. airstrikes, Kurdish fighters managed to free Sinjar city from "Islamic State" (IS) tyranny in November 2015. It had been in IS hands for just over a year. But it was above all the U.S. air raids that almost wiped out the unofficial capital of the Yazidi homeland. The fact that the liberation was followed by more Turkish airstrikes has only reinforced deep-rooted fear within the Yazidi community. There is a palpable sense of a lost homeland.

In Sinjar, time seems to have stood still. There is no trace of organised reconstruction in the town. Compare that to Mosul, only 120 kilometres to the west. Iraq's second city was freed from IS terror just a year ago, but a visible building effort is well underway. Sinjar, by contrast, was liberated almost three years ago. The main streets were cleared of rubble. But since then, little else has happened.

Most of the smaller settlements that surround the city are also destroyed and deserted. Herdan is one of those. On the access road to the village, four mass graves have been provisionally sealed off with flimsy green mesh fencing. Three hundred families once lived in Herdan, says village elder Hassan Khalaf. Today there are just 60. 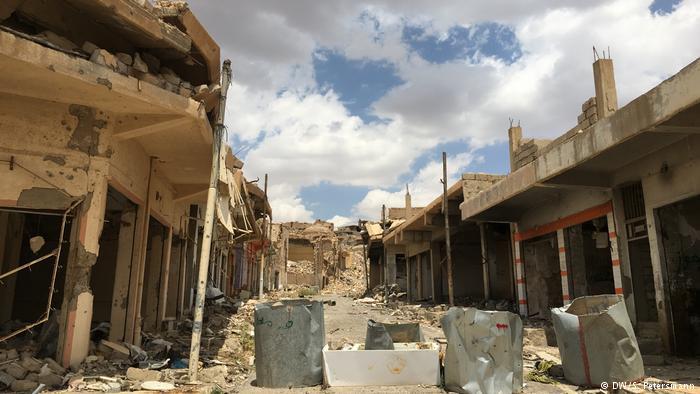 Why live in Sinjar? "There is hardly any electricity here and the water is very bad and bitter," says returnee Baran Kharo. "There are rotting bodies and bones around here, too." Not to mention the ever present threat of blind shells and booby traps. Nearby, two young fighters of the Hashd militia stand guard at an intersection. "We are very scared," she adds

Khalaf has no idea about the whereabouts of two sons, a brother and four nephews. Are they among those buried in the mass graves? Khalaf doesn't know. He points to the junction a short distance beyond the graves that marks the end of the village. That, he says, is where IS fighters took Yazidi villagers to execute them: "They must have taken some 500 people from here."

Why hasn't there been any help for the locals? Why is nobody answering their questions? "Because we Yazidis are only fourth- or fifth-class citizens of Iraq," says Fahad Hamid Omar, the acting mayor of Sinjar. "Because the people who used to be responsible for safety and security here were not interested in the people of Sinjar," he adds after a longer pause.

The stocky man with a crew cut and moustache stands on the flat roof of his official residence, his eyes gazing across the ruins. He is responsible for an estimated 3,500 families. Mayor Fahad has only been in office for a few months and is himself a Yazidi. He wears a simple uniform and repeatedly emphasises that he himself fought against the jihadists. He often uses the inclusive "we" when he talks. We, the Yazidis of Sinjar.

Giessen, Eichsfeld, Kusel, Berlin – cars bearing old German number plates are the latest trend on the streets of Cairo. Many Egyptians regard the discarded plates as chic. What ... END_OF_DOCUMENT_TOKEN_TO_BE_REPLACED

Tunisia has been going through a severe economic and political crisis in recent years. More than one in three young people there are unemployed. For many skilled, qualified and ... END_OF_DOCUMENT_TOKEN_TO_BE_REPLACED

German imams have publicly expressed their solidarity with the women of Afghanistan. In a letter of protest, the clerics say that the Taliban regime's decree barring women from ... END_OF_DOCUMENT_TOKEN_TO_BE_REPLACED

At the end of every year, the team at Qantara.de gives you a run-down of the ten most-read articles on the site over the past 12 months. Here is a quick overview of the stories ... END_OF_DOCUMENT_TOKEN_TO_BE_REPLACED

Social engagement is often motivated by religious factors. A new book explores the background to these community efforts and appraises how effective they are in helping to ... END_OF_DOCUMENT_TOKEN_TO_BE_REPLACED

The government in the Netherlands, one of the last European nations to abolish slavery, has made an historic apology. But some feel that there is still a long way to go. By Ella ... END_OF_DOCUMENT_TOKEN_TO_BE_REPLACED
Author:
Sandra Petersmann
Date:
Mail:
Send via mail

END_OF_DOCUMENT_TOKEN_TO_BE_REPLACED
Social media
and networks
Subscribe to our
newsletter