The foiled Detroit bomb plot showed that terror groups such as al-Qaeda are increasingly using Yemen as a place of retreat. The main reason behind the situation is the country's political instability. Klaus Heymach reports 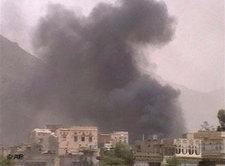 "Economically sidelined and politically gagged": government and rebel forces are fighting each other in northern Yemen

​​The pictures are taboo for Yemeni state media, they show demonstrators on the streets of Aden, people chanting slogans against the government in Sana'a. But everyone can see and hear them on the Internet. Although the soldiers are using live ammunition, more and more people are joining the rallies.

The human rights organisation Human Rights Watch is now calling on the government to refrain from using violence. In a 73-page report, the group documents random arrests, infringements of press freedom and deadly shots at unarmed demonstrators.

Just like Germany, Yemen is marking the 20th anniversary of its unification in 2010. But barely anyone feels like celebrating in the socialist south of the country, the scene of years of protests by disaffected Marxists and those who feel they have lost out after unification. Many people here feel they have been economically sidelined and politically gagged.

The rift between the conservative Islamic tribes in the North and the South, which was initially governed by the British and then by socialists is huge. The Socialists announced they would secede back in 1994, four years after unification – the trigger for a civil war in which the North finally cracked down and the unified Yemen survived.

The Socialist Party has since seen its power erode. Parliamentary party leader Aiderus an-Nagib says his party has little influence on the protests in the south: "We socialists did not start these protests and we cannot stop them." Only the government can do that, says Nagib. 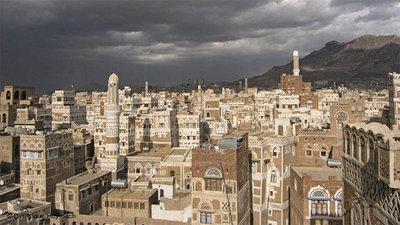 The Yemeni capital Sana'a: the government based here wants to maintain unity under all circumstances – even if that requires using force, say human rights groups

​​Nagib says the government should take action against those who seized land and property from former residents of the south after the civil war. "And it must compensate the more than 200,000 civil servants and soldiers who have not been allowed to go to work since. Otherwise the people will no longer have any faith in this government," he says.

President Ali Abdullah Saleh, who has been in power in Sana'a for three decades, has long ignored these demands. Using money and jobs he succeeded in winning round sheikhs and tribal leaders to hold the country together. But this has become more difficult as the incentives dry up. Yemen is by far the poorest country on the Arabian Peninsular, and the last oil reserves are located in the southern provinces, of all places.

Any economic growth is swallowed up by the country's high population growth. And even ground water reserves are running ominously low. 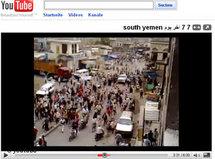 ​​Yemen's Foreign Minister Abu Bakr al-Qirbi was in Berlin in November 2008 to garner support. Germany is one of the most important donor countries for his government. Al-Qirbi offered assurances that the aid would also benefit the south. "In the 20 years since unification, the government has spent pro capita three times as much for the south as for the north," he stressed. "And that's why the separatist claim that the south is being neglected is neither justifiable nor true."

Sana'a is trying to take the sting out of the protests' tail by offering more sovereignty to the provinces and direct elections for governors. But in the eyes of many observers, these cautious reforms are too late in coming. Political adviser Abdulghani al-Iryani says the protests have already taken on a dynamic of their own. He says the international community must now help to restore the missing trust between North and South.

"If we don't succeed in doing that, then the country could implode," warns Iryani. "We can't turn the clock back on unification. The alternative to reforms and national reconciliation is chaos and civil war."

Iryani says this development is dangerous for the entire region. "Hundreds of thousands of Yemenis could storm the borders with Oman, Saudi Arabia and the Emirates. No one can stop them." And the government is not only fighting separatists in the south. Right up in the north, a civil war with Shiite rebels has been smouldering for five years on the border with Saudi Arabia. Islamists affiliated with al-Qaida also keep security forces on their toes. 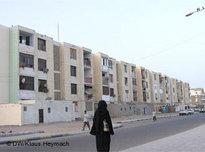 ​​But Yemen's Foreign Minister entertains some confidence nevertheless: wars and crises are nothing new in his country, says al-Qirbi, pointing to the difficult domestic conflicts of the past decades. Chaos and decline were on the cards for Yemen after the revolution of 1962, he says, during the bellicose conflicts between both parts of the country and in the civil war of 1994.

"Yemen has survived all of this, and I think we will also overcome the difficulties we are now facing," says al-Qirbi. No one will allow the unity of the country to be surrendered, he says. "And besides we are convinced that the world has understood that a unified, more stable Yemen is of great significance – not just for the region, but for peace across the world."

Civil War in North Yemen
Uncertain Fronts
At first glance, it appears to be a Shiite-Sunni proxy war between the rivals Saudi Arabia and Iran. Yet, the situation on the ground is far from simple. The civil war in North Yemen is also about power in Sanaa – as well as saving face after five years of fighting. A report by Klaus Heymach

Civil War in Yemen
An Uncertain Peace
Civil war has been waged in Yemen for years, largely unnoticed by the world community. In the northern Yemeni province of Saada, Zaidi Houthi rebels fight against government military forces. The conflict increasingly seems to be turning into a proxy war over regional supremacy, however. By Hanna Labonté

Goethe Institut Yemen
Yemen's Fragile Unity
Yemen was a divided country until 1990. Yet the country's unity is fragile. The Goethe Institut in Sana'a has brought artists from both parts of the country together. Klaus Heymach reports

END_OF_DOCUMENT_TOKEN_TO_BE_REPLACED
Social media
and networks
Subscribe to our
newsletter