The war in Yemen grinds on. Many locals are alive thanks to external aid. But now there is a danger that those organisations too will run out of money. A donor conference takes place this week to try to remedy that. By Diana Hodali 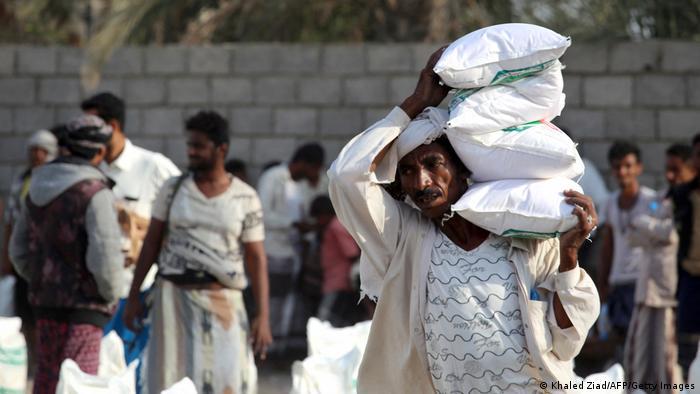 Shortage of aid: the humanitarian crisis in war-torn Yemen is getting worse again. According to the United Nations' World Food Programme (WFP), 13 million people there are in danger of starvation. This is due to the ongoing civil war in Yemen and a shortage of humanitarian aid 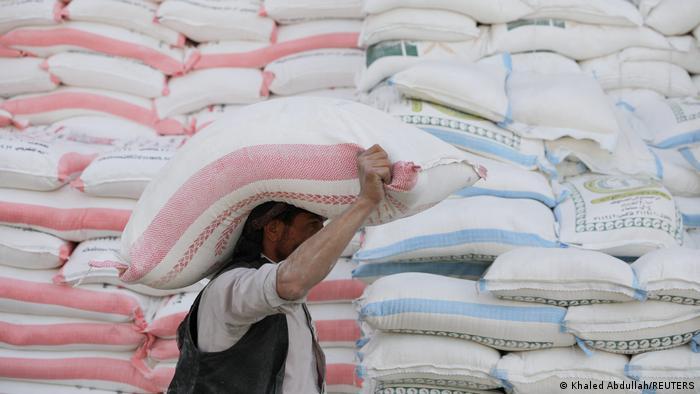 High dependency: since the start of the COVID-19 pandemic, many more people are going hungry. Yemen is one of the most deprived countries, with more than 40% of the population dependent on WFP deliveries 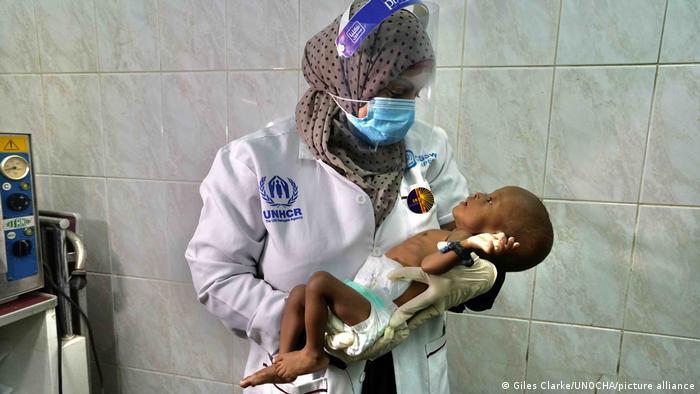 Running out of money: "We’re feeding 13 million people out of a nation of 30 million people and we are running out of money," David Beasley, the head of the WFP, told the Associated Press recently. "So, what am I gonna do for the children in Yemen? Steal it from the children in Ethiopia, or Afghanistan, or Nigeria or in Syria? That’s not right," he said 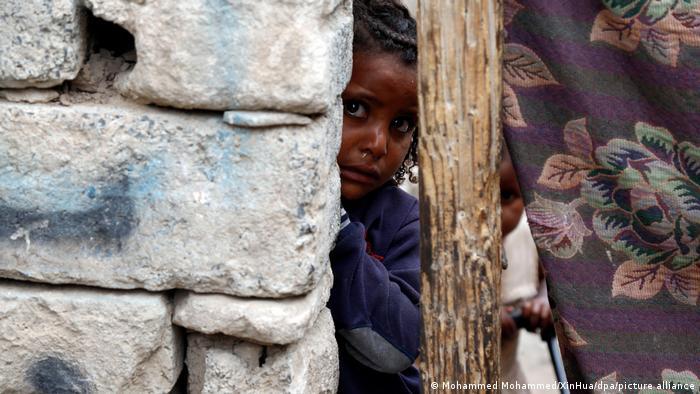 Incomplete aid packages: at the moment only those who could die of starvation are actually receiving their full ration, said Corinne Fleischer, director of the WFP's programme for the Middle East and North Africa. That equals about five million people. And the donations so far only cover 18% of the almost $2 billion (€1.8 billion) that the WFP needs for its work in Yemen 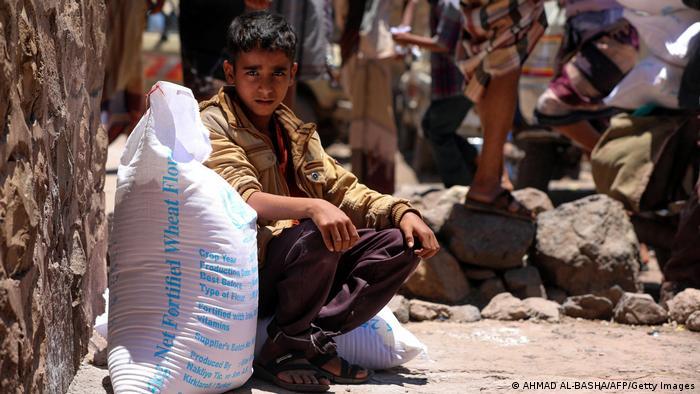 Ukraine war worsens hunger: the Russian invasion of Ukraine threatens to makes things even worse here because the WFP was sourcing around half of its wheat from Ukraine. Even before the war began, prices had risen so much that wheat had to be rationed. The World Bank has also suggested that the Ukraine war will bring about worse famine 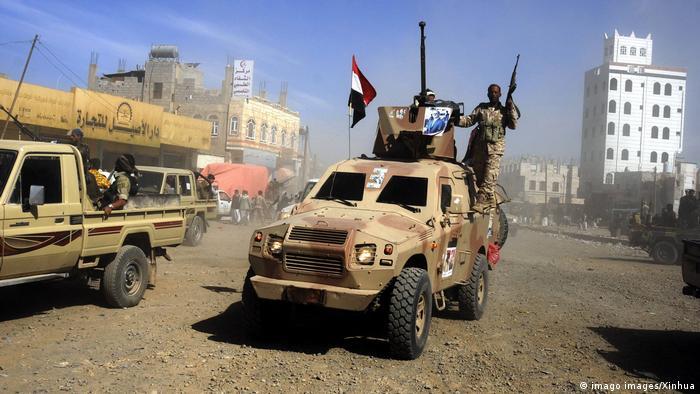 Bloody civil war: a bloody civil war, in which external states have got involved, has been ongoing in Yemen for the past seven years. Since 2015, a Saudi Arabia-led coalition has fought the Iran-supported Houthi rebels, who now control most of the country. This includes the capital, Sanaa 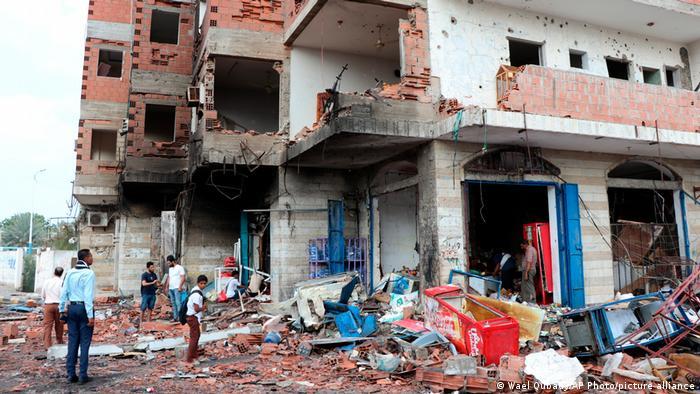 Chaos in Aden: the southern city of Aden has been controlled by separatists since 2020 and has been the base of the internationally recognised government, headed by Abd Rabbu Mansour Hadi, since the Houthis pushed it out of Sanaa. Terrorist groups are active in Aden – this picture shows the aftermath of an attack that killed eight in 2021 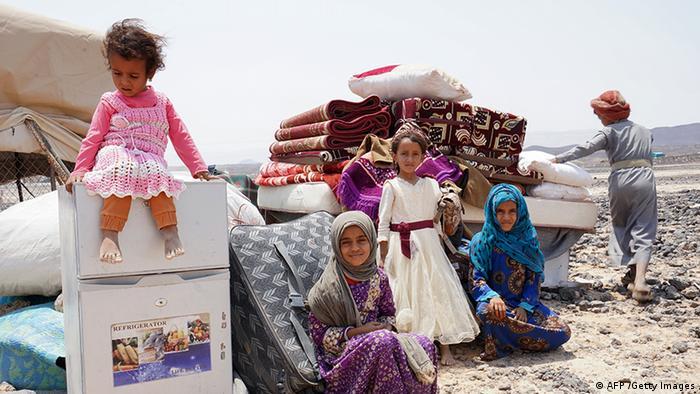 No shelter: the battle for the oil-rich city of Marib was particularly harsh. The city is seen as strategically important and was the last bastion of the officially recognised government in the north. The fighting just goes on here, with the Saudis continually bombing the area. Civilians are forced to keep moving their displaced persons camps because the frontlines keep shifting 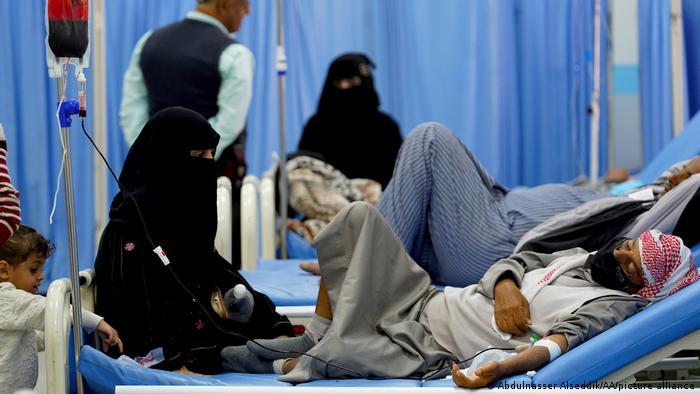 Hospitals full: healthcare in Yemen is even worse than it was before. The ongoing war as well as the COVID-19 pandemic have only made things more dire in the poorest country on the Arabian peninsula 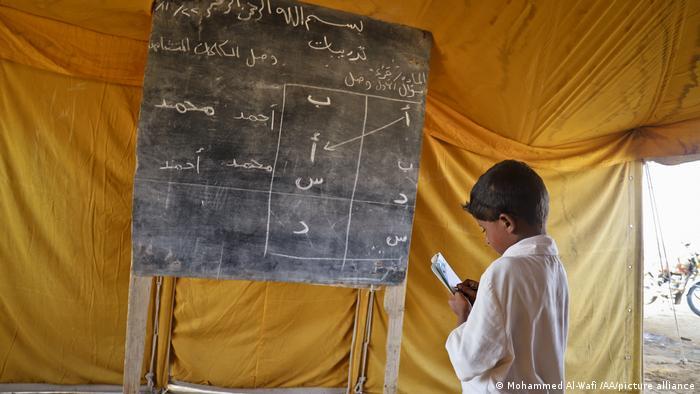 Schools bombed: in a 2021 report, UNICEF said that education has been one of the Yemen war's biggest casualties. More than 2 million school-age girls and boys are not attending classes. That is twice as many children as before the war started. Many schools have been bombed 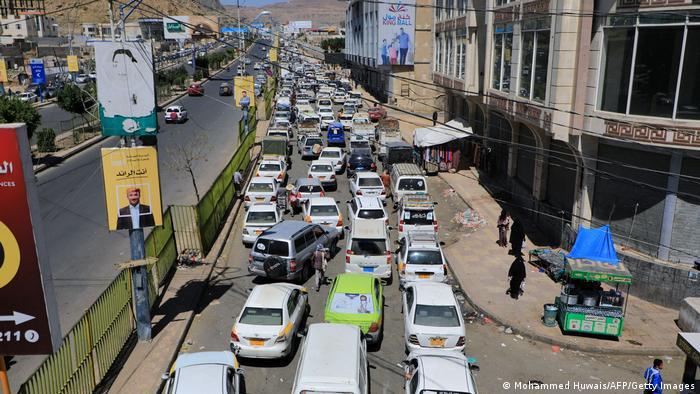 Spiral of misery: electricity, clean water, petrol – there's always something missing in Yemen. The queues at petrol stations just keep getting longer. Without more funding for aid, this downward spiral of misery will only continue

END_OF_DOCUMENT_TOKEN_TO_BE_REPLACED
Social media
and networks
Subscribe to our
newsletter