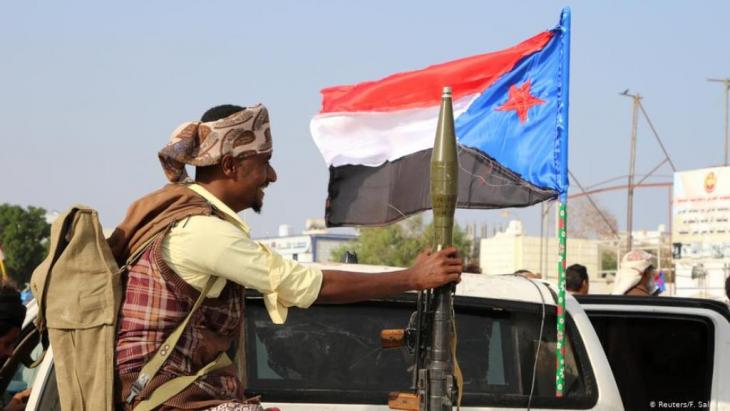 Saudi Arabia has spent the past five years fighting off Iran-backed Shia rebels in a seemingly endless conflict that has cost more than 100,000 lives and left 80% of the population in need of humanitarian assistance. Only by backing UN-led peace talks will it be possible to achieve a political settlement. By Amin Saikal

Despite more than five years of military intervention in Yemen, the Saudi-led coalition’s campaign has failed to save the country from disintegration. The Southern Transitional Council (STC), backed by the United Arab Emirates, now occupies the important port of Aden, and, to the dismay of Saudi Arabia, has declared self-rule over the south. But this de facto partition ultimately may not reduce instability in Yemen and the region.

In fact, Yemen already is effectively divided into three territorial entities. The Saudi-backed government of President Abdu Rabbuh Mansour Hadi, now exiled, and the Iran-backed Houthi rebels control the other two. This has prolonged the fighting – described as “a civil war within a civil war” – with profound geostrategic implications.

The conflict has persisted since early 2015, when the Arab coalition, comprising of Saudi Arabia and eight other countries, including the UAE, launched a massive military intervention. The main architect was Saudi Crown Prince Mohammed bin Salman (MbS), now the kingdom’s de facto ruler. A crucial supporter was the equally forceful Mohammed bin Zayed (MBZ), Crown Prince of the Emirate of Abu Dhabi and Deputy Supreme Commander of the UAE Armed Forces.

MbS’s objective was twofold. One was to strengthen his position within the royal family in order to succeed his father, the ageing King Salman bin Abdulaziz al-Saud. The other was to restore Hadi’s rule, which ended in September 2014, when fighters from the minority Zaidi-Shia Houthis took over Yemen’s capital, Sana’a, and drove him out. 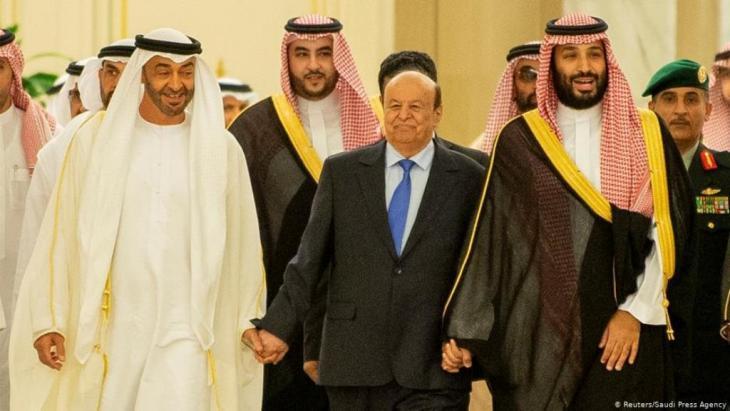 Holding hands with MbZ and MbS: in the war against the Houthi rebels, in which tens of thousands of people have already been killed, head of state Abd-Rabbu Mansour Hadi has the support of the military coalition led by Riyadh. But his power is dwindling rapidly. The situation of the Hadi government is made much more difficult by the declaration of autonomy of the South. In the north of the country, it has been at war for five years with Shia Houthi rebels supported by Iran. A victory against the Houthis seems hopeless

MbS also wanted to demonstrate to Shia Iran that Sunni Saudi Arabia – the site of Islam’s two holiest shrines – would no longer be a passive power and would not tolerate expansion of Iranian influence in the region, especially up to the Saudi border.

MbS’s anti-Iranian aim resonated with MbZ and other allies, who formed a counterweight to the Islamic Republic. U.S. President Barack Obama’s administration was in the process of negotiating the Iran nuclear deal, which was signed in July 2015. While the ongoing talks made Obama hesitant about the Saudi-led intervention, America’s traditional alliance with the kingdom won out, and the U.S. backed the coalition.

For the first time ever, a complete edition of Rumi's "Masnavi" has been published in German in verse. At the Sufi Festival in Hamburg in late November, Marian Brehmer met ... END_OF_DOCUMENT_TOKEN_TO_BE_REPLACED

When is it and when is it not acceptable to display a political banner at the World Cup in Qatar? The answer seems to depend largely on the political message, with fans ... END_OF_DOCUMENT_TOKEN_TO_BE_REPLACED

The Kurds are under attack from two sides: from Turkey, and from Iran. The situation in their territories in northern Iraq is becoming increasingly desperate. Birgit Svensson ... END_OF_DOCUMENT_TOKEN_TO_BE_REPLACED

Iranians do not want an Islam that interferes. They are fed up with a system that manipulates people with simple promises of salvation and anti-Western propaganda. Islamic ... END_OF_DOCUMENT_TOKEN_TO_BE_REPLACED

"The Voice of Dust and Ash" draws us into the life and times of Iranian maestro Mohammad Reza Shajarian with passion and joy, focusing on the man who stood, and still stands, for ... END_OF_DOCUMENT_TOKEN_TO_BE_REPLACED

November 2022 sees the Arab world firmly in the spotlight with the COP27 in Egypt and the FIFA World Cup in Qatar. Public trust in MENA governments is weak, thanks to their ... END_OF_DOCUMENT_TOKEN_TO_BE_REPLACED
Author:
Amin Saikal
Date:
Mail:
Send via mail

END_OF_DOCUMENT_TOKEN_TO_BE_REPLACED
Social media
and networks
Subscribe to our
newsletter