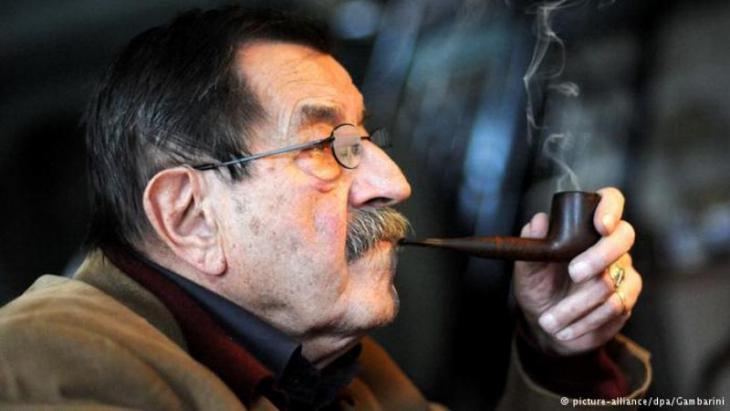 The intervention of a Nobel Laureate

Now and then an Arab author will write a novel that doesn′t meet with the approval of one or two influential people. When that happens, the state reveals its true face – the ugly side to which the general public and the international community don′t usually have access, hidden as it is beneath inches of makeup and artifice. By Wajdi al-Ahdal

My novel Qawarib Jabaliya (″Mountain Boats″) was published in Sanaa in 2002. I had certainly expected a few negative reviews, but what did surprise me was that imams suddenly became well-read literary critics and my novel became the subject of inflamed sermons in mosques.

The Yemeni ministry of culture joined in the fray and brought criminal charges against me. I received a summons to the public prosecutor; the publishing house that had brought out my book was closed down by the authorities and its owner also summonsed, as were several of my friends, who were accused of aiding and abetting the publication of a novel. I received murder threats and armed tribal fighters surrounded my workplace. A smear campaign against me began in the press. Under this threat, I saw no other option but to leave Yemen. It was only thanks to my country′s writers′ association and the wonderful Yemeni scholar Ahmad Jaber Afif, sadly deceased in the meantime, that I escaped the attempts against me by the skin of my teeth.

I was tried in absentia in Yemen while my publisher Abdallatif Abadi and my co-defendant friends watched on from a cage. The court implied that I ran the risk of five years′ imprisonment for “insulting the army”.

I had chosen Damascus as my exile but I wished I could fly back to Sanaa as soon as possible. Yet the Yemeni authorities were merciless. They had already applied to Interpol for an international arrest warrant. If they had their way, I was to be extradited to Yemen as a criminal on the run from justice. 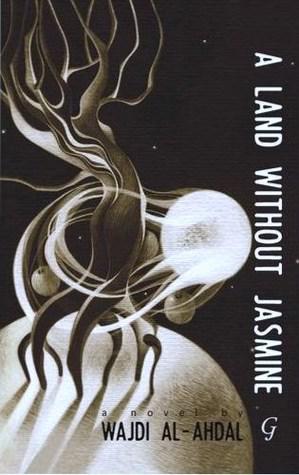 Born in 1973, Wajdi al-Ahdal is a Yemeni novelist, short story writer and playwright. Ahdal has published four novels, four collections of short stories, a play and a film screenplay. Following the publication of "Qawarib Jabaliya" (Mountain Boats) in 2002 he was forced into exile in 2008. In 2010, Ahdal was selected as one of the Beirut39, a group of 39 Arab writers under the age of 40 chosen through a contest organised by Banipal magazine and the Hay Festival

Only those who have been through it themselves know the mental pressure of living in exile. It is very different from choosing to leave one′s country of one′s own accord. Today, I can admit that I considered suicide a number of times in Syria, suffering for the first time from the terrible state of mind that goes by the name of depression. It felt indescribably bitter. I reached zero and did not want to go on living.

Then in December 2002, I received a surprising phone call. It was a message with a probability of one to a million for any exiled writer: my friend Salih al-Baidhani told me that the Nobel laureate Gunter Grass had intervened on my behalf and had been assured I could return to Yemen without fear of further persecution by the judiciary or extremists.

It sounded so incredible that I couldn′t grasp the news to begin with. I was absolutely dazed. But my friend insisted that I go out and buy a ticket back to Sanaa as quickly as I could.

As I put the phone down I was dizzy and felt like in the midst of a raging hurricane. I went up the stairs to my room and had to be careful not to fall over backwards. It was as though someone had fetched me up from the bottom of a deep well and as though the ghosts of life-threatening danger and imprisonment had finally abandoned me. It′s not at all easy to switch from desperation to joy from one moment to the next. I wanted to dance! I wanted to run along the streets and shout out a primal scream.

Hundreds of thoughts raced through my mind and I understood that ″madness″ is nothing other than excessive mental activity and the inability to harness uninterrupted streams of thought. It was several hours before I had myself under control and my situation became clear to me. I still couldn′t sleep until after sunrise and even then only for an hour. I got up, went out to buy newspapers and learned from them that my friend had told the truth.

Gunter Grass had attended a literary symposium in Yemen shortly beforehand. He brought along thirty writers from Germany, Austria and Switzerland, while writers were also in attendance from other Arab countries. Everyone was invited to a reception with the then president Ali Abdallah Saleh. So the delegation went to the president and Ali Abdullah Saleh wanted to bestow a medal on Gunter Grass. The event started off just as usual. The guests sat submissively in the palace of an almighty Oriental ruler, the suits were elegant, the perfume expensive, the furnishings exquisite and everywhere the most wonderful smiles in the world.

By presidential invitation only

Yet in the midst of the quiet celebrations Gunter Grass went against the protocol and burst the bubble of jollity and despotic omnipotence. He raised his hand and declared that he would only accept the president′s honour on condition that the writer of these lines was allowed back to his country and the president ordered that I was not to be prosecuted. The president′s men grew restless. Some claimed the state was not persecuting me at all, others said I was a deviant fraud, had never left the country and was living happily in my village. Others in turn tried to convince Grass that the author on whose behalf he was intervening was not a real writer and that his book was not a proper novel. They tried everything to dissuade the guest of honour from asserting his demand.

Gunter Grass listened to this nonsense for almost half an hour, but he did not budge an inch. Finally, when he was told that I had violated the noble Yemeni customs and traditions, he lost his temper. He responded that he had been accused of the very same thing in the past and that he was certain such allegations were drivel.

Grass knew of course that the hate for me was politically motivated, even though the ruling figures tried to veil their motives and present other reasons. He had experienced for himself, at the beginning of his literary career, that he was declared a traitor to his country merely because of his left-wing politics.

Eventually the president asked for ten minutes to consider the matter. No one knows what actually happened, because Saleh took none of his loyal assistants with him when he left the room. In any case he came back after a while and announced that he would grant the guest′s request. And then Grass accepted the honour. 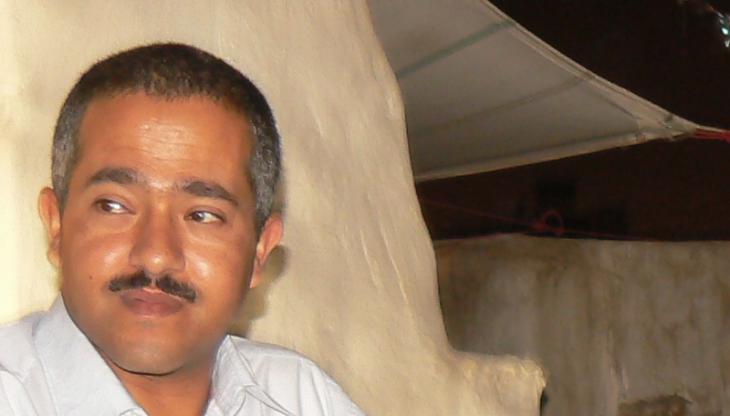 The fateful phone call triggered a rollercoaster of emotions: "I was dizzy and felt like in the midst of a raging hurricane. I went up the stairs to my room and had to be careful not to fall over backwards. It was as though someone had fetched me up from the bottom of a deep well and as though the ghosts of life-threatening danger and imprisonment had finally abandoned me. It′s not at all easy to switch from desperation to joy from one moment to the next. I wanted to dance! I wanted to run along the streets and shout out a primal scream," writes Ahdal

The Yemeni and wider Arabic-language press reported in detail on this noteworthy encounter between Grass and Saleh. Grass apparently said to the president: ″If I were a lawyer and spoke Arabic, I would defend Wajdi al-Ahdal in court.″ That shows how heated the debate that arose in the presidential palace must have been. A Yemeni friend of mine who was present told me later how tense the atmosphere was. Shivers had gone down his back, he said and he was afraid he would not get home in one piece.

A few days previously, Grass had met Jarallah Omar, the vice-chairman of the Yemeni Socialist Party. Omar had alerted him to my plight and Grass had offered to intervene with the president on my behalf. Jarallah welcomed the idea. Grass kept to his word, helping literature and writers to a victory not just in Yemen, but everywhere in the world where authors are under political pressure.

Overjoyed, I flew from Damascus to Sanaa as a thousand suns of hope shone in my heart. We Yemeni writers had won a priceless victory against tyranny. The publishing house was allowed to re-open, my friends were released and we celebrated a party for the freedom of the word in the writers′ association.

Our joy lasted barely two weeks, however. At the end of December 2002 a radical Islamist murdered the socialist Jarallah Omar in Sanaa. Not only I grieved this terrible loss, but thousands of other Yemenis. Yet I suspect I felt more than any other that a man had been murdered partly because he had saved my life.

Home
Print
Newsletter
More on this topic
Interview with the Yemeni author Ali al-Muqri: ″Sex is the origin of all life″Interview with the Yemeni director Sara Ishaq: "Yemen is like a garden that was full of weeds"Non-violent, Anti-terror Campaign in Yemen: Working for Peace and Tolerance
Related Topics
Ali Abdullah Salih, Arabic literature, Democracy and civil society, Dialogue of Cultures | Intercultural Dialogue, Freedom of the press, Human rights, Literature
All Topics

Germany’s electorate includes some 7.4 million citizens with international roots, while many more millions of residents from abroad aren’t allowed to vote. Both groups are often ... END_OF_DOCUMENT_TOKEN_TO_BE_REPLACED

No other Western poet was arguably so well-versed in the Koran or so fascinated by Islam as Germany's national hero, Goethe. In a new publication that examines all Goethe's ... END_OF_DOCUMENT_TOKEN_TO_BE_REPLACED

Migrants are often maligned as being responsible for Europe's problems. Yet their integration is in Europe's interest. Michael Thaidigsmann believes that a long-term vision is ... END_OF_DOCUMENT_TOKEN_TO_BE_REPLACED

How could the Afghan government and its institutions collapse so quickly? That things were going wrong in Afghanistan had been obvious for a long time, yet the West preferred to ... END_OF_DOCUMENT_TOKEN_TO_BE_REPLACED

Shida Bazyar's new novel is the literary surprise of the year. It tackles the pressing issues of our time, and yet it is timeless. This is a story of friendship, marginalisation ... END_OF_DOCUMENT_TOKEN_TO_BE_REPLACED

The swift fall of Kabul recalls the ignominious fall of Saigon in 1975. Beyond the local consequences – widespread reprisals, harsh repression of women and girls, and massive ... END_OF_DOCUMENT_TOKEN_TO_BE_REPLACED

Comments for this article: The intervention of a Nobel Laureate

END_OF_DOCUMENT_TOKEN_TO_BE_REPLACED
Social media
and networks
Subscribe to our
newsletter