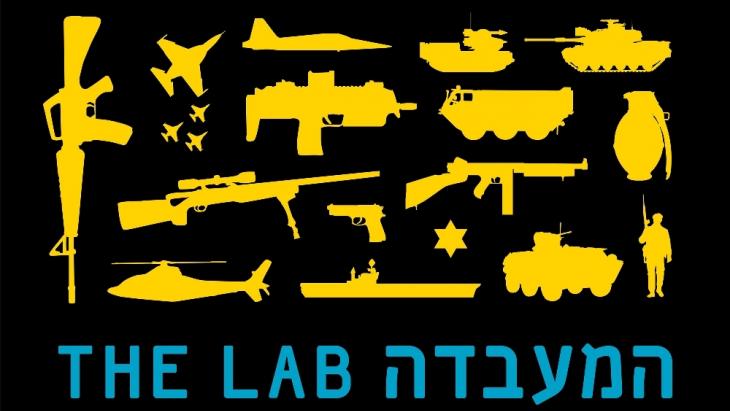 Is the Middle East conflict one of the fundaments of the successful Israeli weapons industry? This is the question posed by director Yotam Feldman in his film "The Lab" – which reveals some surprising connections. By Kersten Knipp

General Binyamin Ben Elieser strolls casually through the trade fair site. Now and again, the former Israeli defence minister stops to look at a stand. The arms fair is well attended. It is especially popular with the many international visitors.

Could I ask you a question, says journalist Yotam Feldman. Yes of course, the general replies. Feldman, director of the film "The Lab" wants to know why there's such a huge demand for Israeli weapons. Israel has one of the most technologically advanced arsenals in the world, says Ben Elieser. People prefer to buy things that have already been tested. "And when Israel sells weapons, then they've already been tested. We can say: We've been using these weapons for 10, 15 years. That's why the demand is enormous." Feldman then asks if this demand also promotes economic growth. "It earns Israel billions of dollars," comes the response.

The weapons are for the most part deployed in armed clashes with Palestinians. The film thus portrays the Gaza Strip and West Bank as a kind of "laboratory" where Israeli weapons are put through their paces and developed. 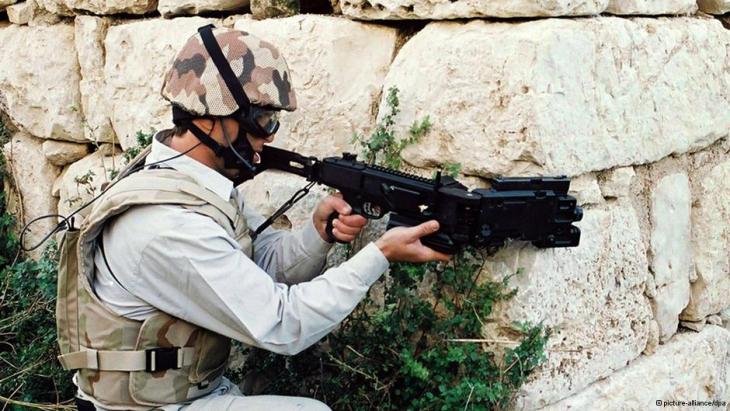 An export success for the Israeli arms industry: the CornerShot – a weapon that can shoot around corners

Private arms companies such as "Israel Weapon Industries", a firm that used to belong to the public armaments concern "Israel Military Industries", promotes products on its website with the claim that all the weapons have been tried and tested in battle.

Finding interview partners was not a problem encountered by Yotam Feldman during the making of his film. Former members of the military, arms manufacturers and security consultants: All were ready and willing to give him information. In an interview with DW, Feldman explains that he approached the project with total sincerity. His interviewees were made fully aware of the issues pursued by the film right from the outset, he says. "And those people who appear in the film wanted to communicate their world view. The film gave them the opportunity to do that."

Israeli weapons exports have experienced continual growth since Sunni terrorists attacked the World Trade Center in New York and other targets in the US in September 2001. In the year 2012, Israel sold weapons to the tune of some 7.4 billion US dollars. This puts the nation sixth on the global table of weapons exporters after the US, Britain, Russia, China and Germany. There are definite reasons for the boom since the start of the new millennium: Following the 9/11 attacks the global war on terror began, a campaign that reached its provisional climax the very same year with the war in Afghanistan, and in 2003 with the Iraq war. 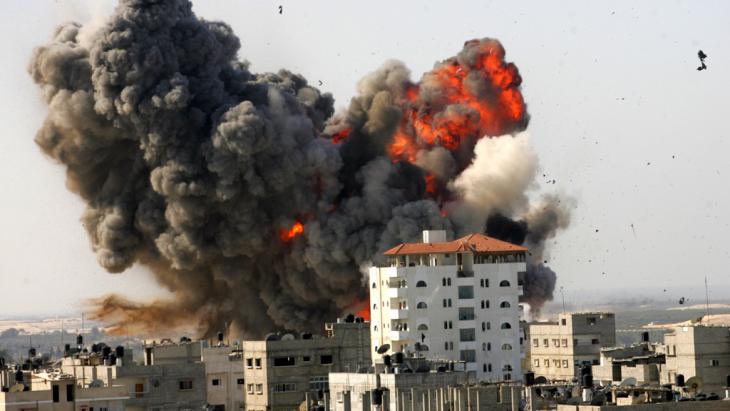 Asymmetric warfare: Yotam Feldman's film portrays the Gaza Strip and West Bank as a kind of "laboratory" where Israeli weapons are put through their paces and developed. Pictured: Israeli strike on Gaza in 2009

Both campaigns presented the military with huge strategic challenges: It perceived itself to be involved in what is known as asymmetric warfare – urban warfare in which soldiers faced off irregular troops, for example. This required new battle techniques and weaponry. It was a service Israel was able to provide.

Israel, explains the Israeli economist Shir Hever in conversation with DW, does not specialise in the manufacture of conventional weapons such as might be useful in traditional conflicts. This is because over the past 40 years, the nation's army has not been waging a conventional war, he says. Instead, Israel has developed armaments for asymmetric warfare: drones, surveillance technology, biometric data processing. "The governments of other countries also need this kind of technology," says Hever. 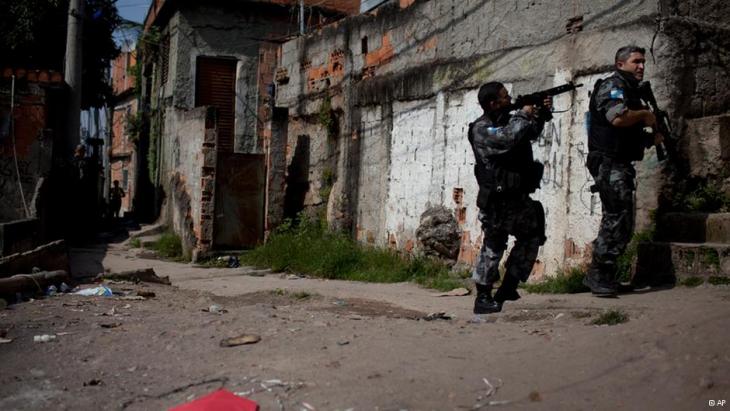 Gaza by Sugarloaf Mountain? Brazilian military police are deploying Israeli weapons and know-how in their favela crackdowns. Pictured: deployment in the "Complexo do Alemão"

As a result, military leaders from all over the world come to Israel. The German armed forces, for example, leased unarmed "Heron" drones from the Israeli air force. They were deployed for air reconnaissance missions in Afghanistan. But Israel's strength not only lies in its new weapons, but also in new warfare techniques. And the Israeli military proved just how successful it is in this regard during the Gaza War in December and January 2008/09. When the fighting came to an end, some 1,200 Palestinians had been killed and just 11 Israeli soldiers.

Figures like these make an impression – on Brazil, for example. Special units in the South American nation are also deploying Israeli weapons and know-how in their favela crackdowns. The "Complexo do Alemão", a favela in the north of Rio de Janeiro, is known in military police circles as the "Gaza Strip".

A private Israeli security consultant whom Feldman is allowed to accompany to Rio also sees similarities: "We've got the same situation in places like Gaza. We've got the same system," he explains to the Brazilian police. The former military commander doesn't dwell on the differences between the two places.

Back in Israel, Feldman refocuses on the Israeli-Palestinian conflict. As far as prospects for a solution are concerned, he is cautious. At the end of the film, he says a new round of violence is highly probable. Which will, in itself, provide Israel with yet another opportunity to gain new experiences with new weapons and technologies.

Yazan Khalili is spokesman for The Question of Funding, a collective of artists taking part in the leading German contemporary art festival Documenta 15. Here, he responds to ... END_OF_DOCUMENT_TOKEN_TO_BE_REPLACED

When times are tough, the exchange of ideas and perspectives becomes especially important. It takes dialogue. And at Deutsche Welle, we need distributors and cooperative partners ... END_OF_DOCUMENT_TOKEN_TO_BE_REPLACED

Every week, Jewish, Christian and Muslim youths meet to sing together. And they do so in the middle of a city where Israelis and Palestinians are often at loggerheads. Anja Koch ... END_OF_DOCUMENT_TOKEN_TO_BE_REPLACED

A law has been passed by the Iraqi parliament that criminalises any contact with Israel. In the midst of heated debates on the subject, one crucial aspect has been forgotten: the ... END_OF_DOCUMENT_TOKEN_TO_BE_REPLACED

Analyst Iyad El-Baghdadi examines the ongoing tensions between the United States and the two Gulf states – Saudi Arabia and the UAE – and their geopolitical implications in ... END_OF_DOCUMENT_TOKEN_TO_BE_REPLACED

What do we mean when we talk about Palestinian literature: an exploration using the example of Adania Shibli’s slender novel "Minor Detail". By Miryam Schellbach END_OF_DOCUMENT_TOKEN_TO_BE_REPLACED

Comments for this article: Palestinians as Guinea Pigs?

Where can i watch the full film?!

END_OF_DOCUMENT_TOKEN_TO_BE_REPLACED
Social media
and networks
Subscribe to our
newsletter