In the U.S. capital protests against police violence continue following the death of George Floyd. Many young people in particular are demonstrating and demanding justice. Carla Bleike reports from Washington 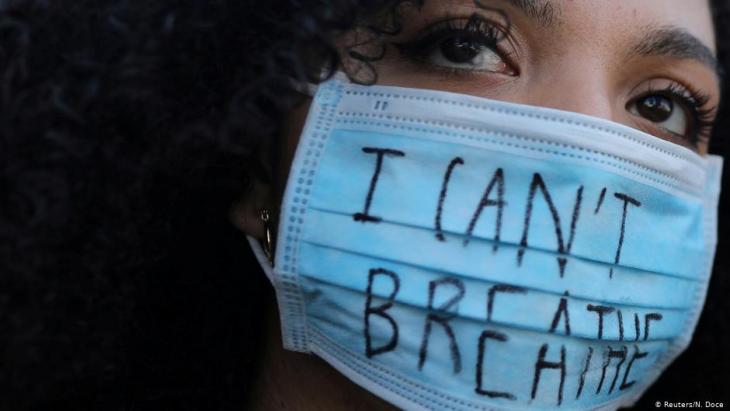 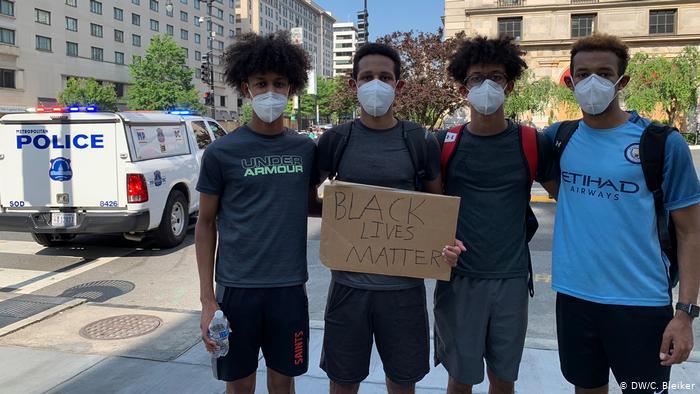 Nathan (16), Sammy (17), Matthew (15), Noel (18): the high school students are part of a "great movement" for the first time, says Noel. "Before we were too young. But now that we understand what is happening, we are here to do what we can for our community." Sammy says, "We want to make America a better place for black people" 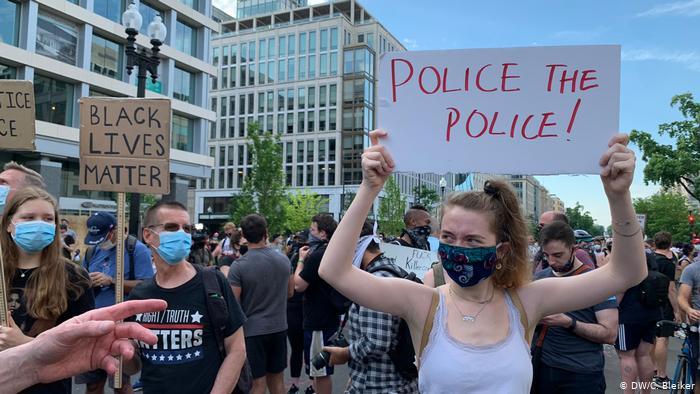 Celeste, 21: "Black lives matter," cries the student. "But here they don't." She wants police officers to be monitored more closely: "Police the police", as her poster says. "The demonstrators were treated terribly, that was police violence", says Celeste 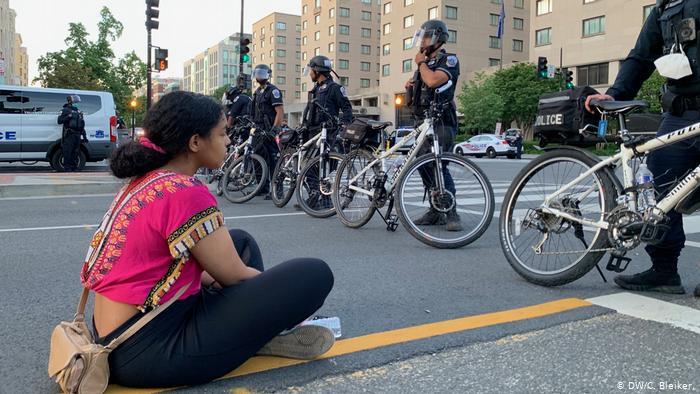 Deborah, 18: "I want justice for George Floyd, Breonna Taylor and for all those who are killed by the police every day. There are no consequences, nothing happens", says the high school student. Can she and the other protesters bring about change? "We must! We have no other choice" 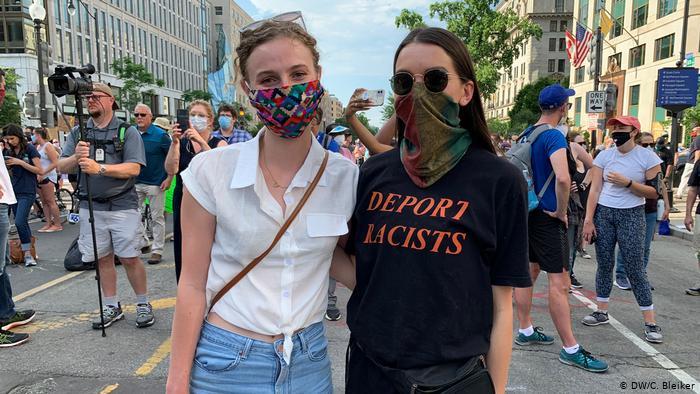 Addie (23), Mary (24): "We stand up for human rights around the world, but we can't do that when we have so many human rights violations in our own country," says Addie, who works for a think tank. "It's not enough to be neutral," adds Mary, a legal intern. "Silence is an act of betrayal" 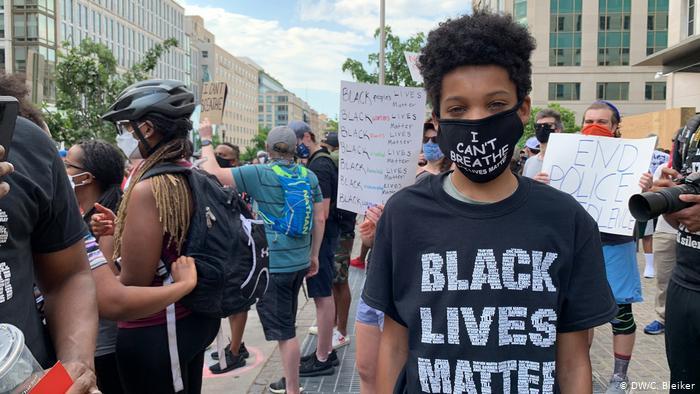 West, 12: "I am here to represent George Floyd, my country and my culture," says the schoolboy, who is demonstrating together with his father. What happened to Floyd "was really sad" 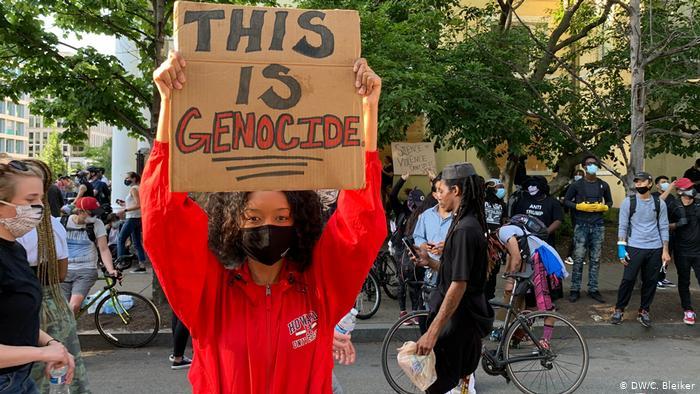 Mya, 21: "This form of oppression, the murder of black people, has existed in our society for more than 400 years," says the student. "Enough is enough. We are tired. But we were already tired in the case of Trayvon Martin and Eric Garner. Now I am finally at an age where I can get involved. I have to make sure my vote counts" 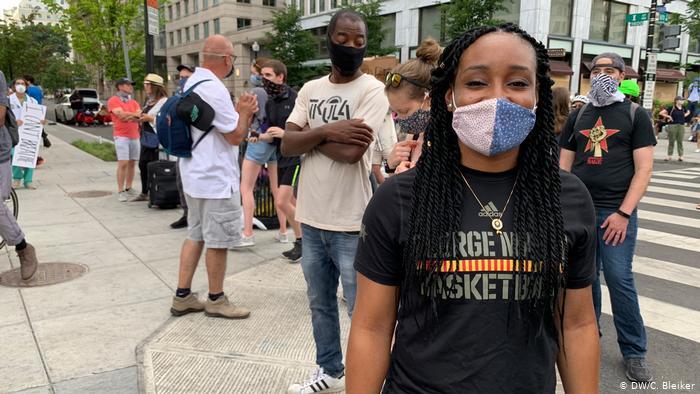 Kayla, 21: "History repeats itself and it is time for a change," says the student. "We deserve to finally be heard, we have waited long enough. The military shouldn't be here – the government should make us feel safer. Instead, we have to take matters into our own hands" 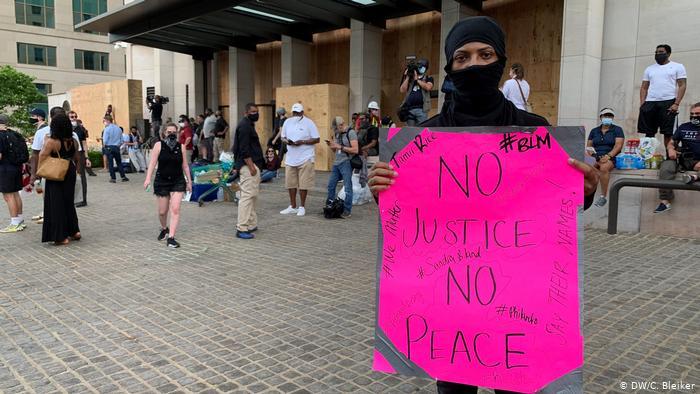 Bryan, 25: "I'm sick of watching my people die. It makes me sick," says the student, who also works in the House of Representatives, in tears. "The first thing we have to do is vote Trump out. There is no reason for a president to promote violence and the killing of his own citizens"

END_OF_DOCUMENT_TOKEN_TO_BE_REPLACED
Social media
and networks
Subscribe to our
newsletter