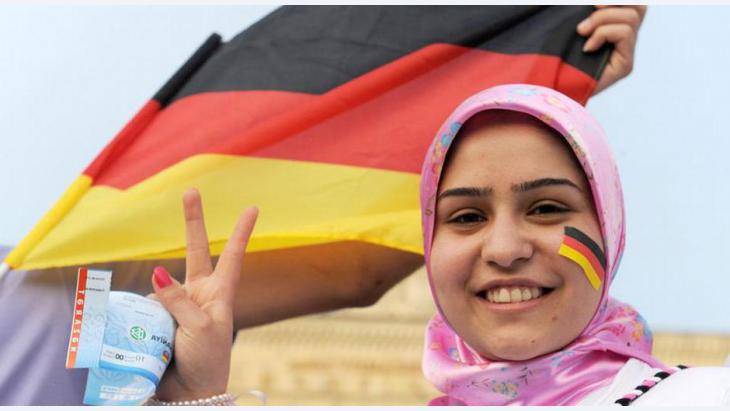 Young Islam Conference
Headscarves not an issue for young people

Germany's Young Islam Conference has existed for five years, holding its national congress in Berlin recently. Participants say they are working towards a diverse and tolerant Germany. By Bettina Marx

From the perspective of the Young Islam Conference, the timing couldn't be better. On the very day when 100 members of the organization met for their annual national congress in Berlin, Germany's constitutional court struck down the existing absolute ban on head coverings in state schools as incompatible with religious freedom. Teachers at state schools are now allowed to wear headscarves during lessons, unless those schools can demonstrate that this poses a specific risk or danger to the harmonious environment.

For Esra Kücük, head of the Young Islam Conference, this is good news. She's very pleased with the judges' verdict. "We have a number of trainee teachers among us who wear headscarves and had been concerned about whether they'd even be allowed to work," she says. These young women can now complete their training in the certainty that they won't be prevented from working when they have finished. "What we're seeing is a modern immigration country that is catching up and correcting past mistakes. It's a retroactive integration process," says Kücük.

The judges' decision merely reproduces something no longer questioned in broader society, she explains: greater openness and tolerance towards the Muslim minority.

Young people in Germany are open to Muslims

Her assessment corresponds with a recent study carried out by the Berlin Institute for Integration and Migration Research (BIM), which surveyed more than 8,000 people, including more than 1,100 youths and young adults. The study found that young people in Germany are much more open towards the Muslim minority than adults. 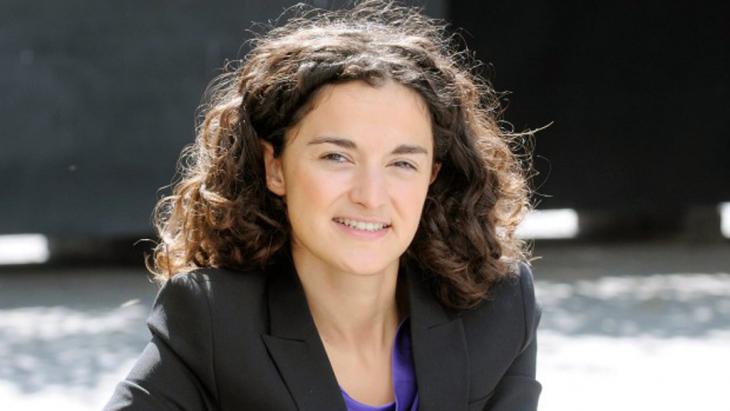 "Understanding normality as diverse": head of the Young Islam Conference (JIK) Esra Kücük spoke out in favour of a more open and varied society in Germany

For instance, 71 per cent of 18-to-25-year-olds think Muslim teachers should be allowed to wear headscarves during lessons. (Among adults 55 per cent are in favour of banning headscarves.) This shows that in actual fact, in recent years the headscarf debate has been going on over the heads of those actually affected by it, says Kücük.

Integration in Germany is better than its reputation

This is no surprise, explains Naika Foroutan, a social scientist at Berlin's Humboldt University and head of the BIM. Today's 16-to-25-year-olds have grown up with the discourse about Muslims and Islam. They were children when the immigration commission under the former CDU politician Rita Süssmuth presented its study on migrants' integration in 2001.

The subject has been on the public agenda ever since and much of what still seems unthinkable to adults has long become par for the course for teenagers and young adults, says Foroutan. "You could say that integration in Germany is better than its reputation," she sums up.

The majority of Germans see Germany as a diverse and mixed immigration country, she explains; however, 30 per cent of the population still expressly reject this idea. In this case more should be done to educate and inform, says Foroutan. She considers this difficult, however, because those opposed to immigration, such as the followers of the xenophobic Pegida movement, distrust the media. The best way to reach them, she says, is to make greater use of other intermediaries, people often referred to as "pillars" of society such as teachers, police officers and those working in public administration. 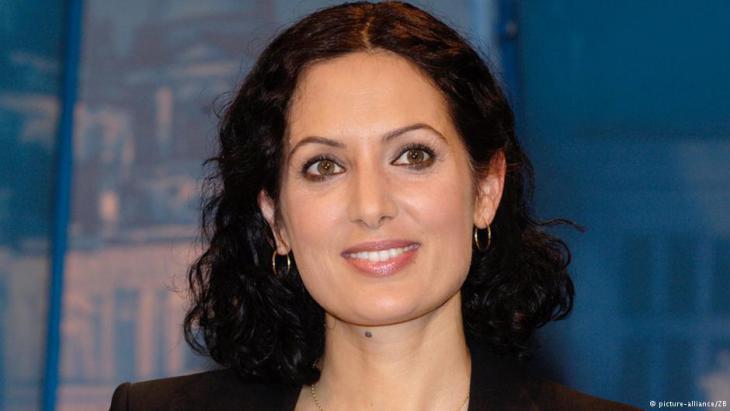 Migration researcher Naika Foroutan criticised the fact that performance and qualifications are no guarantee of good career opportunities for migrants. Although every fifth person in Germany has a history of migration either themselves or in their family, she explained, this group makes up only 10 per cent of the public sector workforce

Despite these positive findings, knowledge of Muslims and Islam is still not widespread. Some 60 per cent of young people gauge their knowledge as low. Most of them draw what they do know from encounters with migrants. Schools and universities are also important providers of knowledge. Only 28 per cent of young people state that they learn about Muslims and Islam via television. Among adults, this figure is significantly higher, at 46 per cent.

"Whose is the West?"

The Young Islam Conference (JIK) was founded in 2010 by the Mercator Foundation and the Humboldt University. It views itself as a forum for dialogue and a network of young multipliers aged 17 to 25. Members from 13 of Germany's 16 federal states meet up once a year for a national congress.

In 2013 the JIK called on the German parliament to set up a study commission on diversity and cultural participation. The aim would be to bring together experts to provide models for a diverse immigration society and concepts for equal opportunities in participation. The conference head Esra Kücük says they want to develop this suggestion further this year.

This year's congress, held at the Foreign Office in Berlin, asks the question "Whose is the West?" – in response to the debate on the xenophobic movements demonstrating in numerous German cities in recent months, under the motto "against the Islamization of the West". The participants spent three days exchanging ideas and opinions in workshops and panel discussions. The conference invitation outlined the focus of the event as "confronting the theses and positions of those who are trying to divide us.”

Education for girls and women is still possible in Afghanistan, says Reinhard Eroes of the Kinderhilfe Afghanistan initiative. In interview with Elisa Rheinheimer, he talks about ... END_OF_DOCUMENT_TOKEN_TO_BE_REPLACED

In Doha, Arabs from Morocco, Tunisia, Egypt and Algeria are gathering to celebrate the first ever FIFA World Cup to be held on Arab soil. The criticism from Europe? Over the top, ... END_OF_DOCUMENT_TOKEN_TO_BE_REPLACED

Canan Topcu came from Turkey to Germany as a child. In her essay, she describes how bothered she was by the racism she encountered in her country of origin when she travelled ... END_OF_DOCUMENT_TOKEN_TO_BE_REPLACED

All organisers use major sporting events like this year’s FIFA World Cup in Qatar primarily to advertise their country and promote a slick public image. This is not something we ... END_OF_DOCUMENT_TOKEN_TO_BE_REPLACED

A leading light of Israeli theatre, Ofir Henig has directed the Israel Festival and is the only female director to have been awarded the Israel Theatre Prize. These days, however ... END_OF_DOCUMENT_TOKEN_TO_BE_REPLACED

Antoine Leiris lost his wife in the Islamist terrorist attack on the Bataclan club in Paris. German director Kilian Riedhof has made a film of his book "You will not have my hate ... END_OF_DOCUMENT_TOKEN_TO_BE_REPLACED
Author:
Bettina Marx
Date:
Mail:
Send via mail

END_OF_DOCUMENT_TOKEN_TO_BE_REPLACED
Social media
and networks
Subscribe to our
newsletter