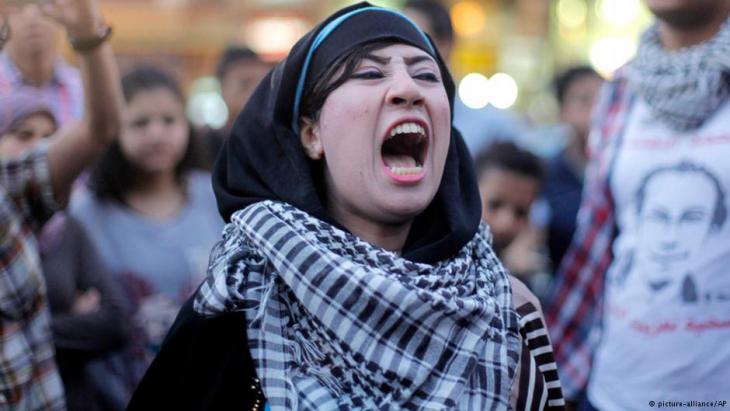 Young people and protests in the Arab world

So shall you reap

In many Arab countries young people continue to feel neglected. The latest Arab Human Development Report claims that shifting demographics are incubating the next political crisis. By Kareem Chehayeb

The 2016 Arab Human Development Report (AHDR) by the United Nations Development Programme (UNDP) focused on the region′s youth – those aged between 15 and 29 – a significant group that keeps on growing.

This is the first report of its kind to be released after the Arab Spring and details how young people are more politically aware and motivated to achieve their civil and human rights. Yet they face considerable challenges, primarily economic and security-related. The poor economic planning by the existing regimes is only prolonging and worsening these problems, as a more politically-conscious population grows.

Youth unemployment among those aged between 15 and 24 was at its highest in 2014, at almost 30%, more than double the global average. By 2019, an even greater disparity will emerge: estimates project a decline in the global average, although the Arab world′s rate will continue increasing steadily. Considering that the region′s population growth is the largest worldwide, over 60 million jobs will need to be created by 2020 simply to stabilise youth unemployment.

What is the root cause of this unemployment? According to the report, it goes back to poor policy, specifically policy that ″matches demographic growth and needs of the market.″ A limited number of jobs with a growing population means that nepotism, rather than merit, is key when finding a job.

Therefore, it comes as no surprise that unemployment and the economy is the top priority for Arab youth, according to 75.77% of those polled. On the other hand, internal security and stability is only top priority for 2.99%. 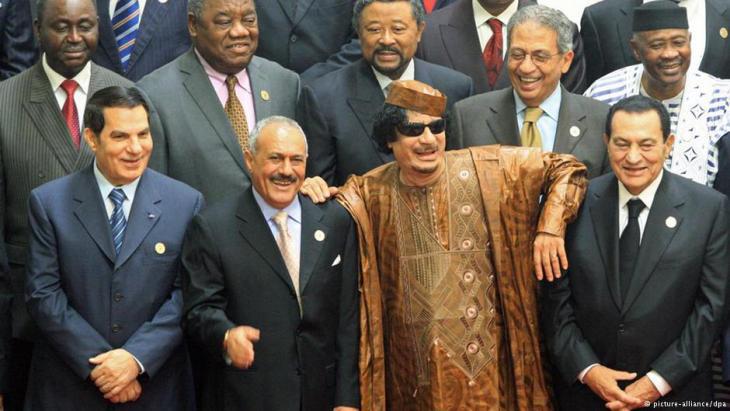 Dictators in a continuous loop: following the overthrow of Arab dictators in Tunisia, Libya, Egypt and in Yemen, authoritarian regimes regained control of a number of Arab countries post-Arabellion. Other countries where attempts – successful or otherwise – were made to topple dictators, such as Syria, Yemen and Libya are threatening to descend into decades of armed turmoil. Young people have borne the brunt of the crises in both the Maghreb and Mashreq

This comes as no surprise, given the series of protests that took place across the region from 2009, commonly referred to as the Arab Spring or Arab Awakening. Indeed, the report does recognise a growing educated and politically active generation, who are more knowledgeable of the problems and injustices they face.

Despite their eagerness to be part of the political process and the lack of formal barriers to at least some participation (in all except eight countries), young people remain excluded. For instance, the average age of ministerial councils in the region is 58 years old.

Future generations will pay a high price for today′s conflicts

Syria. Iraq. Yemen. Palestine. Libya. Somalia. The devastation and destruction of those countries over the past few years will take years to turn around. According to the report, 68.5% of the world′s war-related deaths took place in the region between 1989 and 2014, which accounts for 27.7% globally.

While the region hosts 57.5% of the world′s refugees and 47% of the world′s internally displaced, the long-term consequences resulting from the region′s conflicts go well beyond that. While the well-documented wave of Syrian refugees have played a huge role in drastic demographic transformations in the region, the report claims that the plight of the Palestinians should not be cast aside, stating that "Israel′s occupation of Palestine is the longest occupation in the modern era … during which a people has been deprived of the right to self- determination." 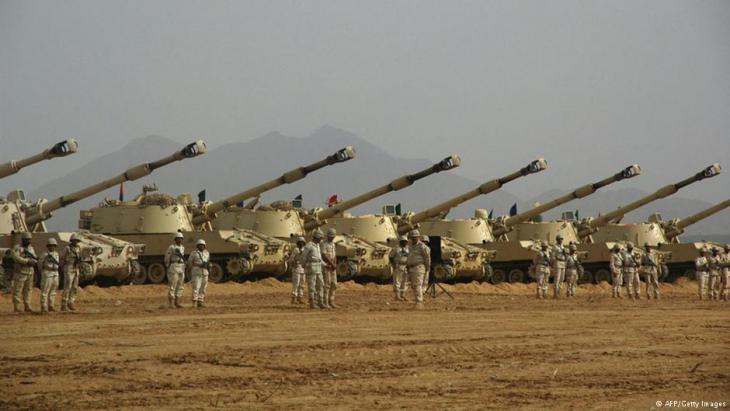 Armed to the teeth: between 1988 and 2014, the Arab region′s per capita military expenditure exceeded the cumulative global average by 65%, which is about $2 trillion US dollars. Such heavy spending on the military only prolongs and worsens existing security crises

The report projects more people to be living in high conflict risk areas. By 2050, they project that three out of four people will be living in such regions. Fiscal trends also indicate that this projection will prove accurate. Between 1988 and 2014, the Arab region′s per capita military expenditure exceeded the cumulative global average by 65%, which is about US$2 trillion. Signs don′t point to a slowdown.

Such heavy spending on the military only prolongs and worsens existing security crises. The researchers concluded that this type of excessive spending has a negative effect on spending on education, healthcare, infrastructure, among other sectors that, if well taken care of, can diminish various security risks.

Is another Arab Spring imminent?

It is clear that regimes across the region cannot sweep these critical issues under the rug. The 100 million 15-29 year-olds make up two-thirds of the region′s population – many are intelligent and capable of leading.

While the Arab uprisings did not succeed, the report concludes that the popular uprisings indicated their ability to recognise challenges to development, express their dissatisfaction and politically organise to fight for their demands and achieve them in a peaceful and sustainable way.

The report also recognises the brutal security-oriented state response to these protests and mobilisations. The researchers conclude that while this approach achieves some stability and repels protesters for an indefinite period of time, not taking action on the root causes of these mobilisations will come back to haunt them. In fact, it appears that we can see the build-up of these issues, coupled with violent state response, as the catalyst for not only larger mobilisations, but also more violent ones.

Kareem Chehayeb is a Beirut-based journalist and political analyst.

Two refugees detained in Egypt are facing deportation to Eritrea. The expulsion of the Eritreans, who have been incarcerated in Cairo for more than eight years, has been halted ... END_OF_DOCUMENT_TOKEN_TO_BE_REPLACED

International relations are shifting across the Middle East as regional powers adapt to America's retrenchment and China's growing influence. Although the region could become the ... END_OF_DOCUMENT_TOKEN_TO_BE_REPLACED

Germany's foreign policy is explicitly values-based. But what happens, Ralf Bosen asks, when democracy, the rule of law and human rights collide with the logic of trade and ... END_OF_DOCUMENT_TOKEN_TO_BE_REPLACED

"The people aren’t ready for democracy" has been the constitutional basis for Arab tyranny, its favourite slogan and its sacred narrative for more than a century. Yet, asks Khaled ... END_OF_DOCUMENT_TOKEN_TO_BE_REPLACED

A new global database shows a significant gap in reported COVID-related deaths, suggesting the actual worldwide death toll is short by at least 1 million. That's due in part to ... END_OF_DOCUMENT_TOKEN_TO_BE_REPLACED

Two decades after the attacks of 11 September 2001, the West faces the shattered debris of its failure – not only in Afghanistan, but also in Iraq, Syria, Libya and Yemen. What ... END_OF_DOCUMENT_TOKEN_TO_BE_REPLACED
Author:
Kareem Chehayeb
Date:
Mail:
Send via mail

END_OF_DOCUMENT_TOKEN_TO_BE_REPLACED
Social media
and networks
Subscribe to our
newsletter