Sympathy with the Upright Citizens of Egypt

Chaos is Youssef Chahine's most recent film. The 81-year-old master of Egyptian cinema has made a social comedy that also makes digs about corruption and arbitrary policing. Ariana Mirza went to see it

Chaos is Youssef Chahine's most recent film. The 81-year-old master of Egyptian cinema has made a social comedy that also makes digs about corruption and arbitrary policing. Ariana Mirza went to see it

​​Youssef Chahine received an award for his life's work at the International Film Festival in Cannes as early as 1997. Yet ten years later the master of Egyptian cinema is still directing. Because of his failing health, Chahine worked on the project with a co-director, Khaled Youssef. Yet although the young director Youssef brought to the film a certain style of his own, Chahine has stated that he nonetheless 'knew how to shape scenes the way I wanted them'.

Whether Chaos will find an audience in Europe remains to be seen. At first glance it comes across as rather facile, at times burlesque family entertainment: an upright young public prosecutor finally gets it together with the right woman, a clever teacher, after many delusions and confusions. Over ninety minutes, a bad guy in police uniform and a morally corrupt rival for the prosecutor's affections repeatedly present obstacles for the happy couple to overcome.

These scenes are all fast-paced and humorous. As so often in Chahine's films it is the strong female characters who are pulling the strings, and who finally bring about the happy end. However, despite the very conventional directorial style, the story is only superficially innocuous. 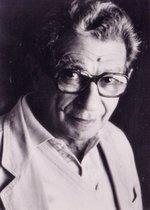 ​​Youssef Chahine is a brave director, a man who loves his country but does not turn a blind eye to the problems of Egyptian society. In Chaos he criticises above all police despotism which, as a result of corruption and a failure to enforce constitutional principles, is part of everyday life.

In Chahine's film, which is set in the present day, innocent demonstrators are locked into an underground cell and tortured, a police officer tyrannises an entire area, and the authorities look on without lifting a finger. Yet this is not the only taboo subject that Chaos addresses.

The film also illuminates the problems that arise out of the deficient educational system. In one scene, an elderly school inspector complains, 'If even the English teachers can't speak English properly, how are they supposed to teach it to their pupils?' This school inspector, together with an energetic headmistress, the young woman teacher, and not least the virtuous public prosecutor, represent for Chahine Egypt's 'good' side.

​​Chahine's sympathy is with the 'upright' citizens of Egypt, above all with energetic woman of all classes, and with committed intellectuals. In Chaos they are the courageous representatives of the right to education and personal freedom. As figureheads they rebel against despotism and demand the rule of law. Yet the film makes no secret of the fact that its protagonists have their backs to the wall.

In Chaos the future of the Arab state is threatened on two fronts. Not only does Chahine pillory inefficiency, corruption, and the misuse of power by state institutions; he is also vehemently critical of his country's decadent upper class.

In Chaos, Cairo's purely Western-orientated jet-set have abandoned their own people. Instead of championing freedom and progress, cosmopolitan bohemians are concerned solely with bizarre debauchery and the latest Western fashions. At times Chahine's protagonist, the young public prosecutor, also succumbs to the temptation to lapse into the meaningless dolce vita enjoyed by his peers.

But then he becomes conscious of his social responsibility and chooses his own way: one that is not reactionary, one that is without religious bigotry, but which also does not curry favour with Western hedonism.

The film interprets the strengthening of Islamic fundamentalism with comparative equanimity. This phenomenon does not play a central role in Chaos, because it is not religion that Chahine sees as a source of danger for the future of Egypt, but rather the increasing lack of opportunities for the majority of the population. According to Chahine's logic, it is injustice that provides the breeding ground for every form of violence, as well as for religious fanaticism.

Interview with Youssef Chahine
"Tenderness Has Dissapeared"
Youssef Chahine is the grand old man and the enfant terrible of Arabian cinema. Moritz Behrendt and Christian Meier met the 80-year-old director in Cairo, who on the occasion certified his reputation as one of the most vociferous critics of Egyptian politics

Ahmed Khaled's "The Fifth Pound"
A Bus Named Desire
Egyptian filmmaker Ahmed Khaled has produced a courageous film about sexuality in the Egypt. But the film can't be shown. Sonja Zekri reports

END_OF_DOCUMENT_TOKEN_TO_BE_REPLACED
Social media
and networks
Subscribe to our
newsletter