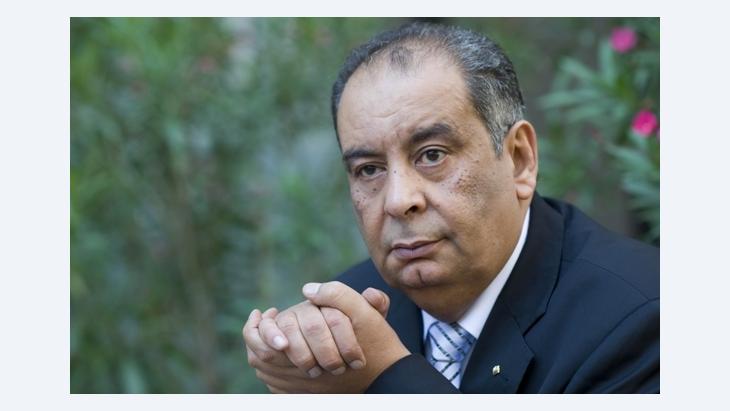 ﻿Youssef Ziedan's "Azazeel" was awarded the renowned Arab Booker Prize in 2009. Our reviewer Andreas Pflitsch says that this historical novel is a plea against religiously motivated violence

The novel starts out with an air of mystery: in 1997, an archaeologist digs up rolls of parchment with Aramaic lettering dating from the first half of the fifth century. The document turns out to be the memoirs of an Egyptian monk, Hypa. There are also marginalia and comments in Arabic on the manuscript, added by another monk, "probably in the fifth century according to Islamic reckoning," in other words, in the 12th century according to the Christian calendar.

The text is translated by an anonymous man from Alexandria, who is by no means happy with his work. In April 2004, he notes, "I have spent seven years translating this text from Syriac into Arabic. But I regret ever having had anything to do with the translation of the story of Hypa the monk, and I am very wary of publishing it while I live."

Telling the story behind a false wall

The idea of a fictional publisher who is unwilling to publish a text which he came upon more or less by accident is a construction which has often been used in the past, especially in post-modernist literature, and it certainly has its attractions. The trick helps to give the text which follows a boost of significance, so to speak. 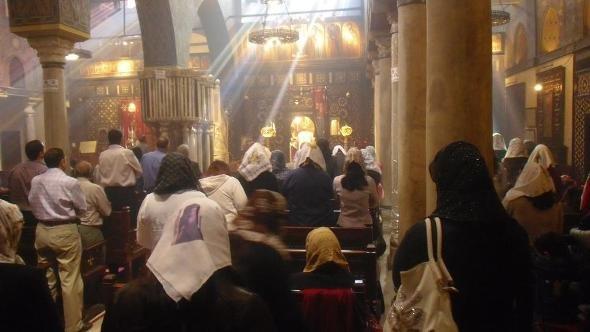 Youssef Ziedan is an Egyptian scholar who specializes in Arabic and Islamic studies. In "Azazeel", he combines the fictional level of Hypa's personal search for meaning with the twists and turns of the real history of the early church. Pictured: Mass in Al Muallaqa, one of the oldest churches in Egypt

​​But paradoxically – and this is what makes the idea so popular in a post-modern context – it also calls the text into question. The uncertainty about its provenance, the claim that it's a translation, and the commentary added later – all feed the suspicion that the text is unreliable. The story takes place, as it were, behind a false wall.

In "Azazeel," which appeared in Cairo in 2008 and was awarded the Arabic Booker prize the following year, Youssef Ziedan has deployed the unreliable publisher to write a historical novel about a period of history of considerable importance in ecclesiastical history. The narrator Hypa is someone who wrestles with himself as he goes on his moral and ethical search. He is put under pressure "to write down everything which has happened in my life" by Azazeel – the "tempter" who was responsible for Adam's exile from the garden with his seductive whisperings.

Hypa begins to write his life history in 431, "that unfortunate year, in which the venerable bishop Nestorius was excommunicated and burnt to death." Ziedan combines the fictional level of Hypa's personal search for meaning with the twists and turns of the real history of the early church. 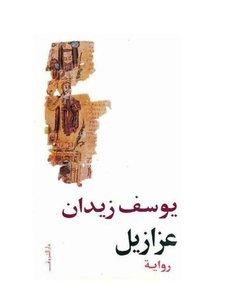 Theological sophistry and the splitting of hairs are scarcely the stuff out of which one makes a popular novel. In Youssef Ziedan's "Azazeel", they are

​​Nestorius was thrown out of his office as Patriarch of Constantinople in 431 following the Council of Ephesus, because he described the Virgin Mary as "Mother of Christ" (Christotokos) and not as "Mother of God" (Theotokos).

The background to these events was a dispute over the two natures of Christ – human and divine – as interpreted by Nestorius and the School of Antioch. Nestorius's main opponent, Patriarch Cyril of Alexandria, saw the idea of a dual nature as a denial of the trinity. Cyril succeeded in getting the pope on his side and pushing through the doctrine of the wholly divine nature of Christ at the Council of Ephesus. The dispute led to the separation of the Assyrian church.

Theological sophistry and the splitting of hairs are scarcely the stuff out of which one makes a popular novel. But if Ziedan, who is professor of Islamic philosophy and director of manuscripts at the library in Alexandria, succeeds in doing just that, it is largely because of the narrator, a highly likable figure with high moral standards and equally pronounced moral weaknesses.

Hypa quarrels with God and Azazeel, with his fate and with the kind of problems which all beset those who are involved in trying to make sense of life. His restlessness leads him from Achmim in Upper Egypt to Alexandria and then on to Jerusalem, where he meets Nestorius. Hypa is an expert on "medicine and the art of healing;" he's a poet, philosopher and monk, and he tries out both asceticism and its opposite.

Like a reincarnation of Hermann Hesse's Siddharta, with which this book shares its rather antiquated, romantic tone, its earnestness and lack of irony, Hypa moves between piety and rebellion, certainty of faith and the naggings of doubt.

Women and the praise of God

In Alexandria, the "city of whores and gold," he allows himself to be seduced by Octavia; he thinks he's found paradise but he still feels insecure. When he admits to her that he doesn't know what is going on inside himself, she says to him, "You don't have to understand, you only have to feel." She talks dismissively about the "backwards way of thinking" of those "stupid Christians," and that leads him to admit to being a monk and to the relationship falling apart. 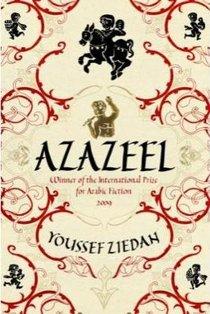 There is no heresy as long as there is no orthodoxy." - Cover of the upcoming English edition of "Azazeel"

​​Feeling empty, as if he had "fallen into nothingness," he leaves the city, intending "to dedicate himself entirely to the praise of God" as a hermit in a cave, but he is soon distracted from that by another passion: Greek logic and mathematics. In the end, he yields to Marta, and becomes someone "different from the man I knew all those years". He's about to marry her, but then he changes his mind once more.

"In those days," he notes, "I was like a dried leaf with which the wind plays ... and I believe that is still what I am!" This basic characteristic of his has an influence on his faith too. His faith is, as he puts it, "as porous as the clouds in summer – it throws no shadow." With such self-doubt, he shows himself to be the very opposite of the Pharisees with whom he is surrounded.

This personal story is an effective foil for the larger context of church history, with its small-minded motives, hunger for power, mutual curses and the struggle over dogma.

One could see "Azazeel" in the context of the current fashion for mediaeval and Vatican-based thrillers, with Dan Brown's conspiracy novels as the tip of the iceberg, but Ziedan goes well beyond the pure suspense of popular literature in his portrayal of the conflicts of conscience in the mind of his hero, and his wanderings through the desert of his own personality.

With its concern for the danger of running aground in religious dispute, of the abuse of power, violence and the instrumentalisation of hatred, the book, which will be available in English translation next month, can be seen as a parable about the current state of the Middle East and a plea for religious tolerance.

At the end of the book Hypa comes to the conclusion, "There is no heresy as long as there is no orthodoxy. "All those who are considered heretics in this realm have been given honour elsewhere. Satan is just playing with them all." Ziedan shows that there is no truth – except in the arduous search for truth.

A translation of the book into English under the title Azazeel will be published in April by Atlantic Books, London.

Home
Print
Newsletter
More on this topic
Alaa al-Aswani's ''On the State of Egypt'': ''Democracy Is the Solution''Interview with the Saudi Arabian Writer Abdo Khal: The Discovery of Arabic Literature in the GulfChristians and Muslims in the New Egypt: Civil Society Instead of Confessionalism
Related Topics
Arabic language, Arabic literature, Egyptian literature, Free speech and censorship, German-Arab Literature Exchange, Youssef Ziedan
All Topics

With authoritarianism once more gaining ground in the Middle East and North Africa, the European Council on Foreign Relations explores how European diplomats can be more effective ... END_OF_DOCUMENT_TOKEN_TO_BE_REPLACED

Abdul Fattah al-Sisi's National Human Rights Strategy smacks of the containment and sabotage tactics adopted by counter-revolutionaries during Egypt's 2011 revolution and its ... END_OF_DOCUMENT_TOKEN_TO_BE_REPLACED

Sudan is the exception to the rule in the United Arab Emirates’ counter-revolutionary playbook, writes James M. Dorsey. In contrast to Egypt or Yemen, where it went out of its way ... END_OF_DOCUMENT_TOKEN_TO_BE_REPLACED

Racism exists in the Arab world. People with dark skin are discriminated against and often see their rights curtailed. Activists have had enough of such treatment and are starting ... END_OF_DOCUMENT_TOKEN_TO_BE_REPLACED

General Abdel Fattah Al-Burhan has declared a state of emergency in Sudan and dissolved the Sovereign Council, which was made up of military personnel and civilians. What will now ... END_OF_DOCUMENT_TOKEN_TO_BE_REPLACED

Sex education – taboo in the Middle East. Or is it? Thanks to social media, millions these days are daring to ask everything about "it". Jennifer Holleis has the details END_OF_DOCUMENT_TOKEN_TO_BE_REPLACED
Author:
Andreas Pflitsch
Date:
Mail:
Send via mail

END_OF_DOCUMENT_TOKEN_TO_BE_REPLACED
Social media
and networks
Subscribe to our
newsletter