Zanzibar Film Festival
Dealing with the Gruesome History of Slavery

Zanzibar was once one of the largest slave markets in the Indian Ocean area. Consequently, this year the Zanzibar International Film Festival's focus was on films that deal with the issue of slavery. Detlef Langer reports about the programme and the heated debates it stirred

Magical location for a film festival: The auditorium of the Arabic fort in Stone Town, Zanzibar. This year's festival (29 June – 8 July) celebrated its 10th anniversary

​​If ever a prize were to be given for the most magical location for a film festival, the Zanzibar International Film Festival ought to get it, winning out over the glamour and the red carpets of Cannes or Venice. Just a few metres from the glittery green sea, with dhows setting out for a fishing trip, not far from the evening confusion of the portable kitchens with their tempting smells of octopus, shrimp and kebabs, stands the old brick-coloured fort, once built by the Ottoman sultans.

It has been used since then by the British colonialists as tennis courts, but it is now an open-air cinema and amphitheatre. During the festival, as soon as darkness falls, stories and moving pictures appear as if by magic against the night sky, close to the dark and lively alleys of the historic Stonetown.

Celebration of Waters and Dreams was the title of this year's festival, which ran from June 29th to July 8th and offered more than just films. As Festival of the Dhow Countries, it also tries to create a dialogue with the other countries on the Indian Ocean, from the Arabian peninsula to India and Indonesia. Those are the countries which, for more than two thousand years have been exchanging wares, people, ideas, knowledge and cultural traditions as they sent their trading dhows across the sea.

The Festival of the Dhow Countries tries to create a dialogue with the other countries on the Indian Ocean, from the Arabian peninsula to India and Indonesia

​​After each evening's films, until early in the morning, the stage at the fort is handed over to musicians – not just local performers on the taarab like Bi Kidude, but also internationally known artists like Moussa Dialo, who has developed a fusion of western and African sounds, or Strings 'n' Skins from South Africa, who play a surprising mixture of African rhythms and Indian melodies. In addition, there are exhibitions, congresses, workshops and readings.

This is the festival's tenth year, and this year the focus was on how films deal with slavery and its effects. For the first time, UNESCO offered its Breaking the Chains award. Some fifteen films were in the competition, including Lars Von Trier's Manderlay.

The dark caves of Mangapwani

It was no accident that UNESCO chose Zanzibar for this competition: Zanzibar was once one of the largest slave markets in the Indian Ocean area. And there are still many impressive sites which continue to recall this major human tragedy, such as the dark caves of Mangapwani, in which slaves were hidden even after slavery had been forbidden, or the old slave market close to the Stonetown city market hall.

Until the 1880s, fifteen thousand African slaves a year were sold off to the Arabian peninsula and the Ottoman Empire, to Iran and the Muslim part of India – in other words, unlike in the Atlantic slave trade, these slaves went throughout the Muslim world. And also unlike the Atlantic trade, this human trafficking, which was admittedly smaller in scope, has hardly been researched or taken up by the media. That makes UNESCO's initiative all the more important.

Today, all the countries in the Muslim world have abolished slavery, including Saudi Arabia in 1966. But the social suffering and the discrimination suffered by the slaves' descendants continue to have an effect even today. The Turkish entrant, Baa Baa Black Girl, shows this impressively. It tells the history of the dark-skinned Mustafa Olpak, whose African grandfather was bought as a domestic slave by an Ottoman Turkish family, and who came to Istanbul as a result of the Kemalist revolution.

He may have then been legally a free man, but he still was unable to feed all his children, and so he gave up one of his daughters for adoption to an unknown family. Until 1964, that was a standard form of domestic slavery in Turkey. Movingly Mustafa tells how his father rediscovered the sister who had once disappeared into adoption. In 2006, Mustafa Olpak organised the first meeting of Afro-Turks with similar histories.

Black Bedouin slaves from the Negev

The Israeli documentary film-maker Uri Rosenwaks tells the story of the black Bedouin in The Film Class, which he made with a group of young black women from the Bedouin town of Rahat in the Negev desert. "These black Bedouin were kidnapped in Africa by Arab slave traders," he says, "and sold in Zanzibar, Saudi-Arabia and Egypt. Until fifty years ago, these black Bedouin were slaves to the white Bedouin. When I began to film with this group, I didn't have any idea about all this. The young women in the film class wouldn't talk about it either." 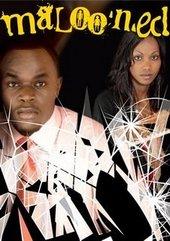 ​​It took eighteen months to build up trust, and it needed a sudden revelation, when a young Bedouin used the term "slave's head" to describe something he was eating, before the young women in the film class were prepared to break the taboo and talk about the continuing discrimination against the descendants of slaves.

The film shows movingly how the young women learn to talk about the stigma they face, how they begin to get an idea what slavery was, and how they begin to develop the self-confidence to use the camera to fight their discrimination. For example, they talk to the mayor of their town, who defends the "old tradition" that white and black Bedouin should not marry each other.

People in Zanzibar today also suffer from the historic burden of slavery, as was shown by a live television talk-show Hatua, which was produced in the fort during the festival. People were bitter as they spoke about the descendants of the slave traders. The Zanzibari Mohamed Omari mentioned discriminatory tendencies such as the fact that marriage partners are still restricted to those within the same city quarter.

Others who spoke in the emotional debate said that it was not only Arabs who were involved in the slave trade. Mahfouha Hamid, a member of the family of the famous slave trader Tippu Tip (c.1837-1905), called out, "Slavery is the worst form of injustice in history, but let us not allow feelings of bitterness."

Others argued that one should not only talk about the past. They pointed to modern forms of slavery in Africa, to sex slaves and child soldiers. Such burning topics were not ignored in the choice of films for the festival. Elfu Huanza Moja, which had its world première at the festival, showed five stories of real cases of child abuse in Tanzanian society. Other Tanzanian films like Hali Halisi or Fimbo ya Baba dealt with the threat of AIDS.

Neo-colonial exploitation and the "Queen of Soccer"

Neo-colonial exploitation was explored in Bushman's Secret from South Africa, which criticised pharmaceutical companies for taking over the traditional knowledge of the bushmen. And Black Gold compared the profits of the international coffee companies with the low income of African coffee growers.

Zanzibari film goers were particularly passionately involved when it came to Zanzibar Queen of Soccer. The film portrays a Zanzibari women's football team, which overcomes the many obstacles in the Muslim society with self-confidence and passion.

The Festival Jury awarded prizes to both Zanzibar Queen of Soccer and Bushman's Secret, but they gave the main prize for a documentary, the Golden Dhow, to The Power of the Spirits, an entry from Uganda about the country's traditional healers.

The Silver Dhow for a feature film went to Malooned from Kenya, while the Golden Dhow in that category went to Juju Factory, a film made in Brussels by Balufu Bakupa-Kanyinda from Congo.

The UNESCO Jury awarded prizes to Baa Baa Black Girl as well as The Film Class, and gave the Breaking the Chains award to the American production 500 Years Later. The jury proposed making the issue of slavery into a regular part of the Zanzibar festival in future.

Ousmane Sembene's "Moolade"
Opposing Genital Mutilation
Senegalese filmmaker Ousmane Sembene is one of the most renowned and successful directors of Africa. His film "Moolade," a manifesto against the genital mutilation of girls in Burkina Faso, won him an award in Cannes. Max Annas and Annett Busch report

The Boom in Nigerian Cinema
The Sinking of the Titanic in the Niger River
In multi-ethnic Nigeria, creative filmmakers have been able to productively fuse their own cultural identity with Western influences. Ariana Mirza spoke with the Nigerian director and producer Kabat Esosa Egbon about this phenomenon

END_OF_DOCUMENT_TOKEN_TO_BE_REPLACED
Social media
and networks
Subscribe to our
newsletter