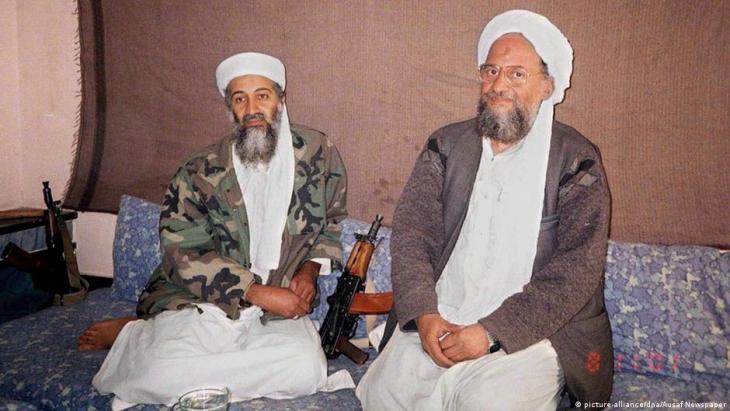 Al-Qaida leader Ayman al-Zawahiri, who has been killed in a U.S. drone strike in Afghanistan, President Joe Biden said on Monday, was the key ideologue behind the global terror network for several decades, though he was never able to revive the status it had under charismatic founder Osama bin Laden.

The Egyptian eye doctor, 71, had central roles in al-Qaida's signature attacks on U.S. embassies in Kenya and Tanzania in 1998 and the massive assault on the United States itself on September 11, 2001, that left almost 3,000 dead.

But during the decade that he presided over the group following bin Laden’s killing in 2011, it never recovered its prominence, as the aggressive Islamic State (IS) group took the lead in the jihadist movement, seizing large swathes of territory in Iraq and Syria and declaring a caliphate.

Even as some analysts said Zawahiri was increasingly aged and slow, he appeared to be seeking to rebuild the group anew in partnership with the Taliban since they seized control of Afghanistan last August.

"Justice has been delivered and this terrorist leader is no more," President Joe Biden said on Monday as he announced Zawahiri's death in a U.S. drone strike in Kabul, where he had apparently moved after hiding for years on the Afghan-Pakistan border.

At bin Laden's side

Zawahiri grew up in a leafy district of Cairo before turning to dissident politics. He became involved with Egypt's radical Islamist community at a young age and was reportedly arrested at 15 for joining the outlawed Muslim Brotherhood.

He was jailed for three years in Egypt for militancy and was implicated in the 1981 assassination of president Anwar Sadat and the massacre of foreign tourists at the city of Luxor in 1997. He then linked up with bin Laden in Afghanistan, becoming al-Qaida's main strategist – and, underscoring their closeness, serving as bin Laden's personal doctor.

Zawahiri was one of five signatories to bin Laden's 1998 "fatwa" calling for attacks against Americans, and he began appearing regularly at the al-Qaida leader's side.

It was often up to Zawahiri – identifiable by a prominent lump on his forehead – to motivate the group's followers with his hectoring video appearances, jabbing his finger and staring from behind heavy-rimmed glasses.

Like bin Laden, he vanished after the September 11, 2001 attacks, surviving repeated attempts on his life and re-emerging after reports that he had already died. But he stayed in U.S. sights, with a $25 million bounty on his head for the 1998 embassy attacks.

In the IS group’s shadow

Zawahiri took command of al-Qaida in 2011 after U.S. Navy SEALs swooped on bin Laden's Pakistan home and killed him at point-blank range.

The new jihadist leader remained at large around the Afghan-Pakistan border, with a much-diminished organisation overshadowed by the IS group. Yet al-Qaida was able to maintain a security threat through potent franchises in Yemen, Africa and East Asia.

Analysts described Zawahiri's leadership as more of an advisory board than a coherent, centralised command. Over the years, U.S. air strikes killed a succession of his deputies, weakening the veteran Egyptian militant's ability to coordinate globally.

Still, analysts Colin Clarke and Asfandyar Mir wrote in Foreign Policy that while Zawahiri had "conjured less of a personality cult" than bin Laden, he was just as dangerous for the United States.

"While al-Qaida has not been able to replicate an assault like 9/11, that's also a naive metric of success," they said.

A comeback under the Taliban?

Zawahiri never shied from publicly threatening his enemies, and maintained alliances with those, like the Taliban, who were turned off by the IS group’s ferocious tactics, which targeted fellow Muslims.

"Zawahiri's call for unity and his general lack of interest in outbidding violence enabled al-Qaida to portray itself to its supporters and potential recruits as the more reliable jihadi front opposite the Islamic State," Clarke and Mir wrote.

The Taliban's swift return to power in Kabul last year appeared to bolster al-Qaida’s chances of staging a comeback, despite Taliban assurances that they would not harbour the jihadist outfit.

A United Nations report in July said that Zawahiri recently showed "increased comfort and ability to communicate" with close allies in the Taliban administration.

Zawahiri was unlikely to embark on international attacks in the short term to avoid embarrassing the new Kabul leadership, the report said. Nevertheless, it said, "the international context is favourable to Al--Qaida, which intends to be recognised again as the leader of global jihad".    (France24/AFP/Reuters))

More on this topic
9/11 twenty years on: How the 'War on Terror' destabilised the Middle EastThe legacy of 9/11: Why the world needs to re-think its war on terrorAfter the Death of Osama bin Laden: Now to break the al-Qaida franchise
Home
Print
Newsletter
MoreAll Topics

END_OF_DOCUMENT_TOKEN_TO_BE_REPLACED
Social media
and networks
Subscribe to our
newsletter