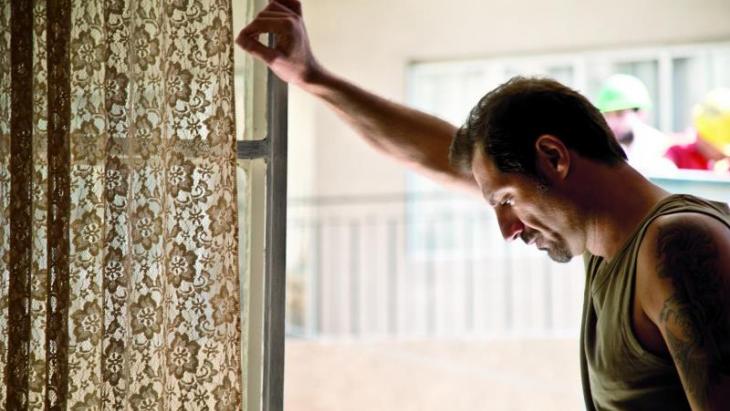 A microcosm of Lebanese society

In Ziad Doueiri’s "The Insult", a Lebanese Christian and a Palestinian foreman in Beirut have an argument that lands them in court, and ultimately triggers civil war-like clashes between the two ethnic groups. By Schayan Riaz

In the Lebanese director Ziad Doueiri’s film, there is much more at stake than the title suggests. A man insults another man and in doing so sets in motion events that impact not only the two men involved, but their families, their jobs and their roots.

The actual insult quickly becomes a secondary issue: "fucking prick" isn’t the worst thing he could have said – but when you consider who these two men are and the context in which they have this moment of confrontation, it’s much easier to understand the gravity of the situation.

The Christian, Tony (Adel Karam) is a car mechanic and a fervent follower of the populist right-wing "Kataeb" party in Beirut. He knows whole speeches by the former president Bachir Gemayel off by heart and in his opinion, Palestinians everywhere should have been wiped out long ago.  His wife Shirine (Rita Hayek) is pregnant and wants to move to another district, but Tony won’t hear of it.

One day, Palestinian Yasser (Kamel El Basha) happens to be standing under Tony’s balcony. He realises that water is dripping onto passers-by – the drainpipe violates building regulations. Yasser came to Lebanon as a refugee, but has worked his way up to become a foreman and manages to fix the leak. But Tony won’t hear of that, either, and promptly smashes the new gutter.

There are several heated exchanges of words. When Yasser then gets physical and breaks a couple of Tony’s ribs, the case ends up in court. And there, the whole thing mutates into a state affair. Who is guilty here? Is what Tony said about Palestinians not at least as bad as Yasser’s insult? And even if it was, should Yasser have hit him for it? The film throws up a lot of complex questions, but doesn’t provide the viewer with any clear answers.

Striking a balance between style and substance

The screenplay moves forward at a remarkable pace. During the first fifteen minutes, all the main characters have been introduced and the central conflict has been established. The remaining time can then be devoted to the court proceedings. And these scenes in the courtroom are what give the film its great power.

Wajdi Wehbe (a brilliant performance by Camille Salameh), Tony’s self-assured lawyer who speaks about himself in the third person, has the best dialogue, with lines like: "Your Honour, we’re in the Middle East. The word 'insult' was invented here. Mr Tony can’t be held responsible for that."

Doueiri displays a very individual style throughout the film. For one thing, he has a fondness for Hollywood-style shocks (as a former camera assistant to Quentin Tarantino, he builds up to these moments more than once with dramatic camera angles and panning shots).

For another, he is also genuinely interested in his country’s history, and his film offers a deep examination of it. He approaches everything with a finely-judged balance of style and substance, which is exactly the right approach for this mix of popular and art-house cinema.

Seeing the case from all sides 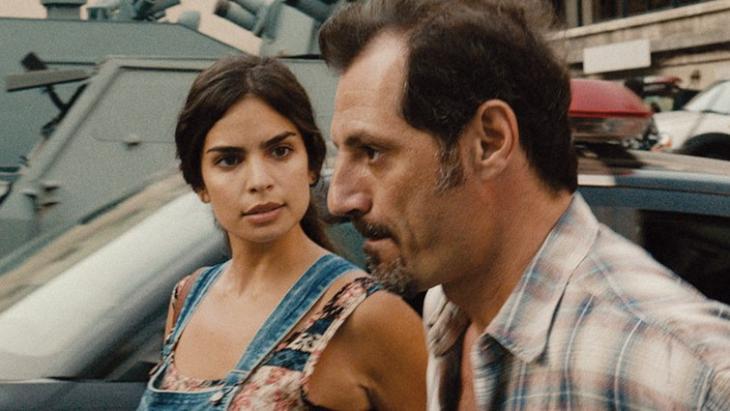 Laden with tension: director Ziad Doueiri recently received the German Film Peace Prize – The Bridge – for the highly acclaimed Lebanese Oscar entry "The Insult". A dispute between a Lebanese and a Palestinian in Beirut escalates to such an extent that the city practically finds itself on the brink of civil war

The director can be no stranger to court cases in general: when Doueiri returned to his homeland following the Venice premiere of his film "The Attack", he was interrogated at the airport because he had filmed certain sections in Israel.

Doueiri has positioned himself against a boycott of Israel in other contexts, too – an attitude with which many people have little sympathy. On the other hand, last year "The Insult" was Lebanon’s official Oscar entry, with a nomination for Best Foreign-Language Film. His work is therefore perceived and received in a number of different ways.

Doueiri seems to have woven this wide variety of reactions into his new work. At its core, "The Insult" is simply a status report on the Arab world, with the courtroom as a microcosm of Lebanese society.

In a figurative sense, of course, it isn’t just about the Arab world or Lebanon. The Palestinian and the Christian of this story could just as easily be a Republican and a Democrat, or a Sunni and Shia elsewhere. Doueiri gives both sides the opportunity to put forward their points, and never takes either Tony or Yasser’s side.

No-one emerges as the winner

In one emotionally-charged scene, Tony screams: "It pays to be a Palestinian!" Of course, viewers soon realise that no-one is at an advantage here any longer. Neither Yasser, who describes his Palestinian countrymen as "The Negroes of the Arab world", nor Tony, whom we come to understand a little better towards the end.

An historical incident presented to the court at a late stage reveals that beneath all the resentment, there is just one more traumatised person. So it doesn’t necessarily pay to be either a Palestinian or a Christian. But it does pay to be human. And as a human, you should always enter into dialogue.

Today's in-fighting over the composition of the country's next cabinet is part of a larger battle for a new political settlement. The financial crisis poses a mortal danger to the ... END_OF_DOCUMENT_TOKEN_TO_BE_REPLACED

The upheavals of the past year in the MENA region are arguably as momentous as those of the Arab Spring in 2011. Yet perhaps the biggest difference is that our interest seems to ... END_OF_DOCUMENT_TOKEN_TO_BE_REPLACED

Beirut usually sparkles and dazzles at Christmas time. This year, marked by major protests, however, everything has been turned on its head: there is a distinct lack of Christmas ... END_OF_DOCUMENT_TOKEN_TO_BE_REPLACED

In the heart of Beirut's manicured downtown, something is stirring in a bullet-pocked concrete shell of a building known as "the Egg": the visually unappealing Egg has advanced to ... END_OF_DOCUMENT_TOKEN_TO_BE_REPLACED