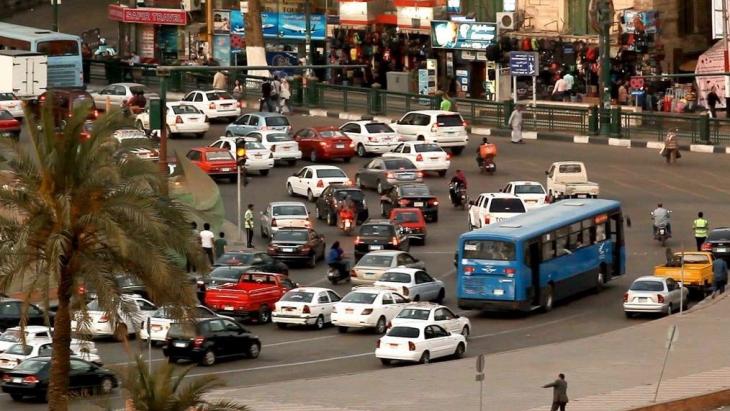 In "Street Sounds", Ziad Fahmy offers the first historical examination of the changing soundscapes of urban Egypt, highlighting the mundane sounds of street life, while "listening" to the voices of ordinary people as they struggle with state authorities for ownership of the streets. In interview he explains his motivations and the value of such analysis

What made you write this book?

Ziad Fahmy: I had the initial idea for Street Sounds in early 2011, as I was finishing the final revisions of my first book, Ordinary Egyptians. In it, I had dealt primarily with recorded music, vernacular theatre, and zajal [Ed. oral vernacular poetry] and so I became more consciously aware of the importance of sound and listening to history writing in general. It became obvious to me, at that time, that more sounded histories of Egypt and the Middle East were sorely needed. We live in a multi-sensory world and so did the people of the past; writing a history that accounts for this multi-sensory environment can only enrich and add nuance to our understanding of the past.

A bit of good luck also intervened: in 2012 I was awarded a fellowship at Cornell’s Society for the Humanities. Conveniently for me, the theme for 2012 was "Sound: Culture, Theory, Practice, Politics". My fellowship at the society for that year was really instrumental in exposing me to sound studies within a variety of different disciplines. The readings, weekly seminars, and almost daily discussions with the other fellows from various academic disciplines were instrumental in forging my ideas about sounds and soundscapes, and in convincing me to research and write Street Sounds.

What particular topics, issues, and literatures does the book address?

Fahmy: Street Sounds is the first historical examination of the changing soundscapes of twentieth-century Egypt. It highlights the mundane sounds of street life, while "listening" to the voices of ordinary people as they struggle with state authorities for ownership of the streets. The book is also a cultural and social history that examines the sonic impact of modernity on the Egyptian streets. 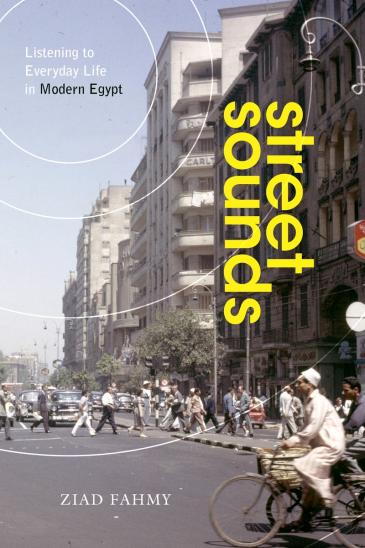 A unique cacophony: "The growling of automobile and motorcycle engines, the hum of fluorescent lights and later on radios, refrigerators, fans, and air conditioning, masked and concealed as much noise as they produced," writes Ziad Fahmy in "Street Sounds"

Conceptually, Street Sounds engages with the field of sound studies and with sensory history. I argue that a sensory approach to the sources uncovers a great deal more about what happened at ground level, allowing for a more micro-historical examination of street life.

A big part of the book explores the modern transformation of the Egyptian streets and the sonic implications of that change. For example, I examine the sonic impact of electric lighting, loud speakers, car horns, automobile traffic, tramways, and the inevitable anti-noise laws enforced by the state.

I show how these technological and infrastructural changes impacted daily life by dramatically changing how the streets functioned, felt, and sounded. An important part of the book details how everyday people reacted to those changes and how they used, shaped, reshaped, and appropriated these technological manifestations of modernity for their own use.

Street Sounds also reveals a socio-political dimension of noise by demonstrating how the growing middle classes used sound and a sensory vocabulary to distinguish themselves from the Egyptian masses. In the process, I reveal the inevitable tensions and disputes between the state and ordinary people in controlling the streets and other public spaces.

How does this book connect to and/or depart from your previous work?

Fahmy: In my previous work I focused on the intersection of nationalism, popular culture, and media history. The focus of Street Sounds is almost entirely centred on everyday street life.

However, my work on the early history of Egyptian media made me aware of the importance of listening and orality – not only in understanding popular culture, but also everyday life.

Who do you hope will read this book, and what sort of impact would you like it to have?

Fahmy: I hope that both historians of the senses and historians of the Middle East can make use of my book as an example of how to use a sensory approach in order to study the history of everyday life. Although Street Sounds is an academic book, I wrote it in an accessible prose, and I hope that it can reach a wider audience. I hope it will resonate with general readers who are interested in modern Egypt and the modern Middle East.

What other projects are you currently working on?

Fahmy: I am currently writing a book on the history of Egyptian radio, tentatively titled Broadcasting Identity: Radio and the Making of Modern Egypt, 1924-1952. Temporally and conceptually, Broadcasting Identity continues where my first book, Ordinary Egyptians left off. In Broadcasting Identity, I will gauge the impact of radio’s simultaneity, as listening live to the same radio programmes by hundreds of thousands of listeners had a powerful and sometimes unifying effect.

Often, this effect was enhanced even further when group listening took place in public, as simultaneity was not just "imagined", but was seen, heard, and felt – with perhaps dozens of listeners huddled around the radio. The repetitiveness and almost ritualisation of daily private and/or public radio listening transformed these broadcasts into a mundane soundtrack of daily life that was horizontally experienced throughout Egypt.

Part one of Broadcasting Identity historically traces the decade-long era of commercial radio stations in Egypt (from 1924 to 1934) and marks the contested transition to a state-run radio monopoly in May of 1934. Shedding more light on this important early period in Egyptian media history will help to fill an important void in the history of early Egyptian radio and reveal any disruptions and continuities that took place as radio broadcasting transitioned from private radio stations to the government-run Egyptian State Radio (ESR). The second part of the book analyses the various programming of ESR from its founding in 1934 until the early 1950s.

In Doha, Arabs from Morocco, Tunisia, Egypt and Algeria are gathering to celebrate the first ever FIFA World Cup to be held on Arab soil. The criticism from Europe? Over the top, ... END_OF_DOCUMENT_TOKEN_TO_BE_REPLACED

November 2022 sees the Arab world firmly in the spotlight with the COP27 in Egypt and the FIFA World Cup in Qatar. Public trust in MENA governments is weak, thanks to their ... END_OF_DOCUMENT_TOKEN_TO_BE_REPLACED

Palme d’Or winner "Boy from Heaven" is a classic crossover film in which cultural elements are mixed together in haphazard and random fashion. Shady Lewis Botros bemoans the ... END_OF_DOCUMENT_TOKEN_TO_BE_REPLACED

COP27 in Sharm el-Sheikh is turning into a PR disaster for Egypt’s military regime. Instead of praise for the host, the news is full of solidarity for imprisoned activist Alaa ... END_OF_DOCUMENT_TOKEN_TO_BE_REPLACED

"Rebel Game: The Power of Football in the Middle East and the Qatar World Cup", an anthology published by Middle East researchers Jan Busse and Rene Wildangel, takes the upcoming ... END_OF_DOCUMENT_TOKEN_TO_BE_REPLACED
Date:
Mail:
Send via mail

END_OF_DOCUMENT_TOKEN_TO_BE_REPLACED
Social media
and networks
Subscribe to our
newsletter