In June Canada's French-speaking province Quebec passed Bill 21, banning the wearing of religious symbols or garments by certain public servants in the workplace. Aside from the civil rights implications, the bill has also made visible minorities, specifically Muslims, the target of racist attacks. By Richard Marcus END_OF_DOCUMENT_TOKEN_TO_BE_REPLACED

On 16 June, Quebecʹs National Assembly passed Bill 21, a controversial law banning certain public servants from wearing religious symbols at work. Combined with tougher immigration laws introduced by the Francophone region, this would seem to indicate that part, if not all, of Canada is shifting inexorably to the right. By Richard Marcus END_OF_DOCUMENT_TOKEN_TO_BE_REPLACED

In early November, Toronto hosted one of the most vibrant and exciting events ever held under the banner of religion: "The Parliament of the World’s Religions”. Stefan Weidner went to hear the debate END_OF_DOCUMENT_TOKEN_TO_BE_REPLACED

On 18 October the Canadian province of Quebec passed new legislation forbidding a person to be veiled when delivering or receiving a public service. Bill 62, dubbed the "state religious neutrality law″, has been widely condemned by civil rights lawyers, Muslim associations and public service unions. By Richard Marcus END_OF_DOCUMENT_TOKEN_TO_BE_REPLACED

Intelligent, soulful and emotional, the new album by Canadian Nigerian musician Sonia Aimy, "Nigerian Spirit", addresses a broad spectrum of themes: from how life in Nigeria has changed since Aimy's childhood, the sorrow of life in Somalia, to a tongue-in-cheek commentary on the problems of finding a good husband. Review by Richard Marcus END_OF_DOCUMENT_TOKEN_TO_BE_REPLACED

Album review: "Jinja" by The Nile Project: Go with the flowAlbum review: "Kirike" by Kasse Mady Diabate: "Understanding is what we wish for: to live in peace"Album review: "The Paris Session" by The Touré-Raichel Collective: Expanding each other's musical horizons 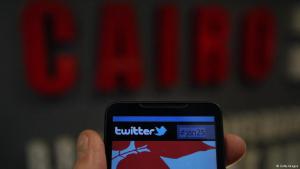 If we are to counteract the scourge of Islamic misinterpretation and defend what is intrinsically a religion of peace, argues Abdalhadi Alijla, we need educational, civil society and means-tested programmes coupled with a stronger political will END_OF_DOCUMENT_TOKEN_TO_BE_REPLACED

Combating violent extremism: Could Sufi Islam be the cure-all?Interview with French extremism researcher Olivier Roy: ″Radicalisation is not the result of failed integration″RLA winner Mozn Hassan on civil repression in Egypt ″Now′s the time to be creative″Omar Saif Ghobash′s ″Letters to a young Muslim″: Seeking the Muslim individual 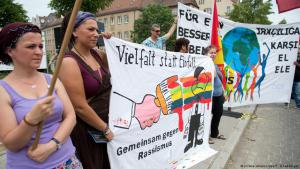 Thanks to the divisive rhetoric of US President-elect Donald Trump, respect for human rights took a battering during the US election campaign. All the more important therefore that Germany and its European partners remain committed to upholding them. By Hugh Williamson END_OF_DOCUMENT_TOKEN_TO_BE_REPLACED

Interview with Kenan Kolat: ''We need an open debate about institutional racism''German mini-series: ″Mitten in Deutschland: NSU″: Don't look the other way!Right-wing extremism and Islamophobia in Germany: Sending out a political signal 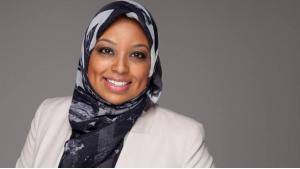 On Friday, Panama-born Ginella Massa became the first presenter on Canadian national television to anchor a major newscast while wearing a hijab. END_OF_DOCUMENT_TOKEN_TO_BE_REPLACED 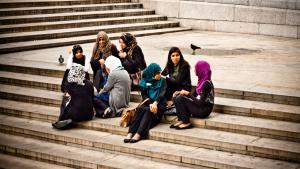 Should I stay or should I go?

Young Muslims in Germany are feeling increasingly alienated. The AfD and the debate on Islam are reasons. But are they reasons for leaving? Dunja Ramadan spoke to nine of them END_OF_DOCUMENT_TOKEN_TO_BE_REPLACED

Integration in Germany: What is required of us55 years of German-Turkish labour recruitment: Integration is a crossroadsRight-wing populism in Europe: Take the AfD seriously – or you'll end up like us

Germany′s first Arabic newspaper for refugees: Newcomers, not refugeesIntegration in Germany: What is required of usGermany′s refugee policy: Four words for humanity 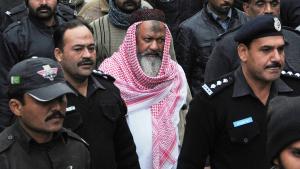 Pakistan′s generals blame their country′s cycle of political violence, including a recent bombing in the Baluch capital of Quetta, on groups in Afghanistan. The focus on external enemies complicates efforts to reduce political violence, ease inter-communal strains and facilitate easing of tensions with Pakistan′s neighbours. By James M. Dorsey END_OF_DOCUMENT_TOKEN_TO_BE_REPLACED 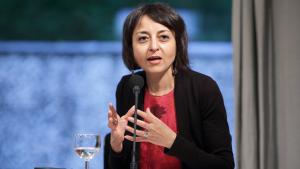 Iman Mersal, part of Egypt′s 90s generation, is one of the most interesting voices in contemporary Arabic poetry. Her work has been translated into more than a dozen languages, with poems from her much-awaited ″Until I Give Up the Idea of Houses″ (2013) currently being rendered into English by Robyn Creswell. Interview by Marcia Lynx Qualey END_OF_DOCUMENT_TOKEN_TO_BE_REPLACED

Arabic-to-English literary translation: Raising the profileProfile of the Egyptian writer Salwa Bakr: The voice of the marginalisedCairo International Book Fair 2015: Navigating the jungle 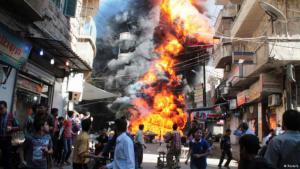 The war waging in Syria, hijacked by opposing ideologies just months after it began, has had an irrevocable impact on the Syrian people. Although not much is heard of Syrians outside the refugee camps, Americans, Europeans, Russians, Turks, Iranians, and Arabs hold meeting after meeting to agree and disagree, coalesce and collide, in an attempt to halt the ″Syrian conflict″. By Hakim Khatib END_OF_DOCUMENT_TOKEN_TO_BE_REPLACED 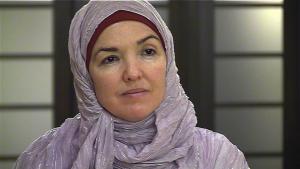 Muslim youngsters are often unsure as to the real nature of Islam. They need role models within their own communities who are prepared to stand up with self-confidence to extremist ideologies. Ingrid Mattson, a Canadian scholar in Islamic Studies and former president of the largest Muslim organisation in Northern America, spoke to Claudia Mende END_OF_DOCUMENT_TOKEN_TO_BE_REPLACED

Anti-Muslim sentiment in Canada and the US: Playing on people's fearsInterview with Amina Wadud:''Islam Belongs to All Its Believers''John R. Bowen's ''Blaming Islam'': Deconstructing Populism 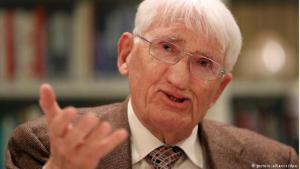 ″Asylum is a human right″

What holds society together and what's our role in it? Philosophers Juergen Habermas and Charles Taylor have recently been honoured in the US for their work on these issues. By Klaus Kraemer and Stefan Reccius END_OF_DOCUMENT_TOKEN_TO_BE_REPLACED

Refugee crisis in Europe: The price of European indifferenceMigration and xenophobia: Europe's refugee problem, then and nowSyrian refugee children: A lost generation in the making 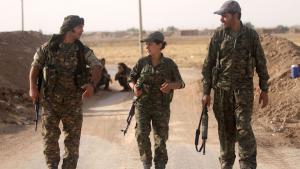 Foreign fighters ″crusade″ against IS

IS may have proved adept at attracting foreign nationals to its cause, but many have also joined up to fight the pseudo caliphate. And there′s no lack of religious fervour among the ranks either – some see it as their Christian duty. By Manar Ammar END_OF_DOCUMENT_TOKEN_TO_BE_REPLACED

Recruitment strategies used by Islamic State: A mutation of religionThe image policy of IS: Terror in the spotlight The genesis of Islamic State: A new chapter in the decline of the Arab world

END_OF_DOCUMENT_TOKEN_TO_BE_REPLACED
Social media
and networks
Subscribe to our
newsletter