With borders closing and the opportunities for international travel shrinking by the hour, we take a look at coronavirus developments across the Middle East and the wider Muslim world END_OF_DOCUMENT_TOKEN_TO_BE_REPLACED

COVID-19 epidemic in Iran: Faith and the coronavirus Religious services curbed across Middle East over coronavirus fearsCoronavirus in the Islamic world: The challenges of COVID-19

As the global economy reels and everyday life grinds to a standstill, we take a look at the spread of coronavirus across the Middle East and the wider Muslim world – and the containment measures being put in place END_OF_DOCUMENT_TOKEN_TO_BE_REPLACED

Why are predominantly Muslim countries lagging behind when it comes to democracy and human rights? Dutch sociologist Ruud Koopmans uses a lot of figures to underpin his theory that it is all down to religion. According to Daniel Bax, however, his approach is rather too simplistic END_OF_DOCUMENT_TOKEN_TO_BE_REPLACED

Arab Spring 2.0: The Middle East's fearless protestersVolker Perthes: "The end of the Middle East, as we know it": The end of Sykes-Picot?Interview with the Islamic scholar Ebrahim Moosa: The reinvention of IslamThe nature of Islam: Neither violence nor peace

How to talk about spiritual matters in a highly secularised, hyper-pragmatic society? This was the question artists exhibiting at the Stamford Art Centre in Singapore grappled with during the 2020 Singapore Art Week. By Naima Morelli END_OF_DOCUMENT_TOKEN_TO_BE_REPLACED

Many predominantly Muslim countries have penal laws against "blasphemy", "defamation of religion" and "apostasy". In practice they serve as highly effective weapons to settle personal animosities, family vendettas and land disputes. By Thomas Krapf END_OF_DOCUMENT_TOKEN_TO_BE_REPLACED

One of the most relevant Malaysian artists of her generation, Yogyakarta-based Nadiah Bamadhaj uses sculpture, drawing, collage and video to challenge the restrictive societal norms in Southeast Asian countries and explore body politics. Interview by Naima Morelli END_OF_DOCUMENT_TOKEN_TO_BE_REPLACED

Hundreds of thousands of tons of waste are exported to Indonesia every year. Entire villages live there from sorting it. Now the government is seeking to restrict imports - and local communities fear for their future. More... END_OF_DOCUMENT_TOKEN_TO_BE_REPLACED

Islam and single-use plastics: Appealing to Indonesia's MuslimsIslamic Environmentalism: The call to eco-jihadIslam and development co-operation: Environmental protection through the Koran?

In Indonesia, social resistance is mounting against a law banning sex before marriage and the government's weakening of the anti-corruption authorities. A report by Zora Rahman from Yogyakarta END_OF_DOCUMENT_TOKEN_TO_BE_REPLACED

Indonesian students clash with police in protests over new law Women's rights in the Indonesian province of Aceh: "The population is being systematically silenced"End child marriage "hell" for Indonesian girls, lawmaker urgesMarriage in Indonesia: Act of bravery

Described by some as a Muslim feminist, Feby Indirani’s writing is daring and light-hearted at once. Her collection of short stories – "Bukan Perawan Maria" – recently translated into Italian, parodies the inconsistencies of radical Islam and orthodoxy, while seeking to emphasise the humanity we all share. Interview by Naima Morelli END_OF_DOCUMENT_TOKEN_TO_BE_REPLACED

A recent knife attack on the security minister of Indonesia is a reminder of the danger of Islamist extremism in Southeast Asia. Security measures alone are not enough to combat radicalisation, say experts. By Rodion Ebbighausen END_OF_DOCUMENT_TOKEN_TO_BE_REPLACED

Indonesiaʹs much vaunted Pancasila system appears to be faltering. Recent years have seen a spate of blasphemy convictions, most notably that of Ahok, ex-governor of Jakarta. Amending existing legislation is not, however, on the agenda of electioneering politicians keen to mobilise conservative Muslim voters. By Rafiqa Qurrata Aʹyun END_OF_DOCUMENT_TOKEN_TO_BE_REPLACED

Islam in Indonesia: The agents of changeIndonesia′s gubernatorial elections: The tolerance litmus testInterview with Fritz Schulze: "Islam is deeply rooted in Indonesian democracy" 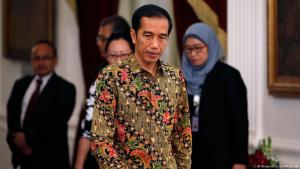 Anti-narcotics laws and their enforcement tend to be tough in Southeast Asia. In Indonesia, however, drug use is not in decline, despite attempts by President Widodo to crack down on durg dealers and cartels. By Edith Koesoemawiria END_OF_DOCUMENT_TOKEN_TO_BE_REPLACED

Attempts to decriminalise hashish in the Arab world: To legalise or not to legaliseDrug trafficking in Tajikistan: Fighting a losing battleAfghanistan: Drugs problem deeply ingrained in society 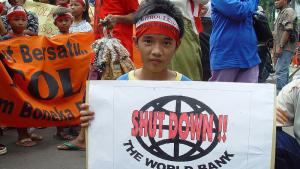 "Inequality will grow if all you do is unleash market forces"

Islam and democracy: What the Arab world can learn from IndonesiaNon-fiction: Pankaj Mishra's "Age of Anger": The embittered majorityQantara dossier: "Globalisation" 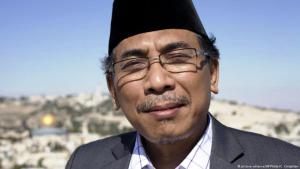 Yahya Cholil Staquf is a prominent Muslim cleric and secretary-general of the world's largest Islamic organisation, Indonesia's Nahdlatul Ulama (NU), which has 60 million members. After visiting Israel and meeting with PM Netanyahu, he was heavily criticised at home. In this interview, conducted by Rizki Nugraha, he explains that his agenda was to approach peace movements and to strengthen the aspirations for peace within Israeli society END_OF_DOCUMENT_TOKEN_TO_BE_REPLACED 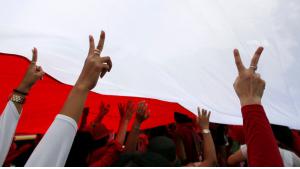 Since 1945, Indonesia has pursued its own state ideology of Pancasila, characterised by religious tolerance and social justice. Following the failure of the Arabellion, it could serve as a role model for democratic re-birth in many Arab states, writes Abhishek Mohanty END_OF_DOCUMENT_TOKEN_TO_BE_REPLACED

Indonesia as a model of Muslim democracy: Developments, problems and opportunitiesLiberal Islamic networks in Indonesia: A counter-movement to political IslamInterview with Aditiana Dewi Erdani: Equality as an educational mission 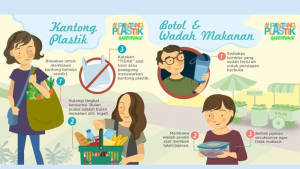 The Indonesian government and Greenpeace have teamed up with Islamic organisations to promote plastic waste reduction. Can including religion make environmental campaigns more effective? By Rizki Nugraha and Ayu Purwaningsih END_OF_DOCUMENT_TOKEN_TO_BE_REPLACED

END_OF_DOCUMENT_TOKEN_TO_BE_REPLACED
Social media
and networks
Subscribe to our
newsletter