Around the Islamic world, lockdowns and curfews are being extended and religious ceremonies are being cancelled outright in the hope of slowing the spread of COVID-19. Here’s the latest from across the region END_OF_DOCUMENT_TOKEN_TO_BE_REPLACED

A recent knife attack on the security minister of Indonesia is a reminder of the danger of Islamist extremism in Southeast Asia. Security measures alone are not enough to combat radicalisation, say experts. By Rodion Ebbighausen END_OF_DOCUMENT_TOKEN_TO_BE_REPLACED 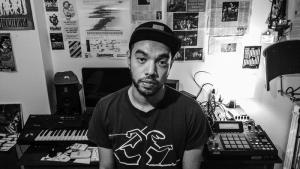 Nasser Shorbaji, aka Chyno, has been active on the Lebanese hip-hop scene for more than eight years now. His trademark sound is anti-war, against the dispossession and enforced exile of people in the region. It is a message that has influenced many younger generation musicians – a group he is particularly keen to encourage. Interview by Tugrul von Mende END_OF_DOCUMENT_TOKEN_TO_BE_REPLACED

END_OF_DOCUMENT_TOKEN_TO_BE_REPLACED
Social media
and networks
Subscribe to our
newsletter