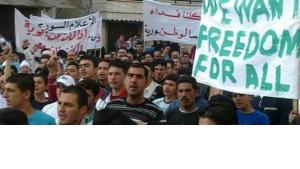 A Multitude of Uprisings

As the protests and demonstrations against the Assad regime in Syria continue to grow, the question of who it is that is behind them is one that is becoming more pressing. Radwan Ziadeh, founder and director of the "Damascus Center for Human Rights Studies" and "Damascus Spring" activist, provides some answers END_OF_DOCUMENT_TOKEN_TO_BE_REPLACED

Uprising against the Assad Regime in Syria: Is This a Second Libya?Violent Crackdown in Syria: Bloody Ramadan 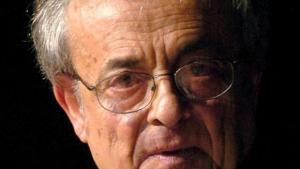 The Syrian poet Adonis was recently accused by Syrian opposition circles of not distancing himself clearly enough from the Assad regime. Khaula Saleh talked to him on the subject END_OF_DOCUMENT_TOKEN_TO_BE_REPLACED

Goethe Prize Awarded to Syrian Poet Adonis: Honouring Condescending ScepticismArab Intellectuals and the Arab Spring: The Silence of the Thinkers 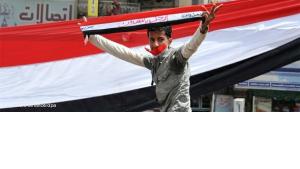 The Arab Spring and Its Implications

The Arab revolts of 2011 have been above all an uprising by the region's youth. From Rabat to Riyadh, from one end of the Arab world to the other, this is a generation which is sceptical towards any ideology, including that of Islamism. An analysis by Volker Perthes END_OF_DOCUMENT_TOKEN_TO_BE_REPLACED

Political Change in the Middle East: The Reordering of the WorldQantara-Dossier: Uprisings in the Arab WorldSlide Show: The Many Faces of the Arab Revolutions 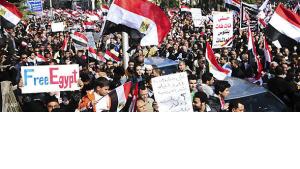 In the same way that the Egyptian revolution of 1919 initiated an epochal transformation, this year's popular revolt of 25 January provides an opportunity to raise public awareness in Egypt on how important it is for a modern culture to uphold the rule of law, says the Egyptian journalist Azmi Ashour END_OF_DOCUMENT_TOKEN_TO_BE_REPLACED 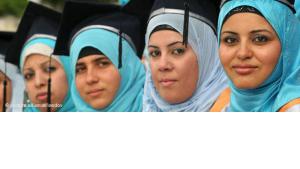 ﻿The Arab world is undoubtedly a patriarchal society, with labour markets that continue to be male-dominated. Although Palestinian women are better educated than men, their job opportunities are poorer. The greatest obstacles women face in working life are cultural ones. By Viola Raheb END_OF_DOCUMENT_TOKEN_TO_BE_REPLACED

Policewomen in Gaza: Chaste and in Conformity with IslamDomestic Violence against Women in the Gaza Strip: "A Woman Is Like a Carpet" 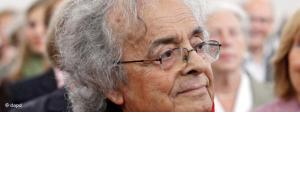 ﻿It's the wrong time for the Goethe Prize winner Adonis to be criticizing the protests in his homeland, writes Stefan Weidner, Adonis's German translator, in his commentary END_OF_DOCUMENT_TOKEN_TO_BE_REPLACED

Arab Intellectuals and the Arab Spring: The Silence of the ThinkersGerman Peace Prize for Boualem Sansal: A Good, Cowardly Choice

The End of the ''Antithesis''

﻿After a decade, 9/11 is over. Its main legacy – the idea that Islam is fundamentally opposed to Western democratic values – has finally lost its power of persuasion. What is making this antithesis untenable is the Arab Spring, which is revealing rather different sides to both Muslims and what the West has stood for in the past. An essay by Geert J. Somsen END_OF_DOCUMENT_TOKEN_TO_BE_REPLACED

Islamophobia and Anti-Semitism: Mechanisms of Exclusion and DiscriminationFeminism, Colonialism and Islamophobia: Treacherous Sympathy with Muslim Women 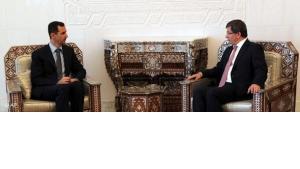 The visit by Turkish Foreign Minister Ahmet Davutoglu to Syria has shown that Turkey is attempting to increase pressure on the Assad regime. Abduljamil Mikhlafi spoke with Mustafa el-Labbad, an expert on Turkish-Arab relations, on the thinking behind the Turkish position with respect to the current uprising in Syria END_OF_DOCUMENT_TOKEN_TO_BE_REPLACED

The Turkish Role in the Middle East and Beyond: Moving Beyond the DichotomySyria: The Opposition and the Church: A Slap in the Face for the Pro-Democracy MovementTurkey and the ''Arab Spring'': The Turkish Chimera 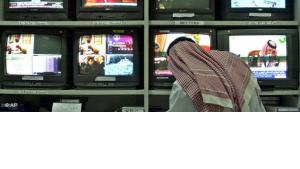 When Is a Martyr a Martyr?

Ten years after the attacks of 11 September 2001, international media need an East–West consensus – and not just with regard to the usage of key terms. Common standards and ethical norms are indispensable for reporting in crisis situations. A commentary by Loay Mudhoon END_OF_DOCUMENT_TOKEN_TO_BE_REPLACED 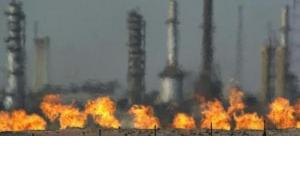 Iraq on the Eve of American Withdrawal

What began in 2003 as "Operation Iraqi Freedom" seems to be ending in Kirkuk in an operation to restore security. Eight years after American troops invaded, the city has become the centre of a divisive internal struggle for control. A report by Rigien Bagekany END_OF_DOCUMENT_TOKEN_TO_BE_REPLACED

Election Monitoring in the Iraqi City of Kirkuk: Voting for a Kurdish KurdistanTurkish-Kurdish Relations: Tentative Steps towards Reconciliation in Northern IraqThree Years after the Fall of Saddam Hussein: The Federal Republic of Iraq 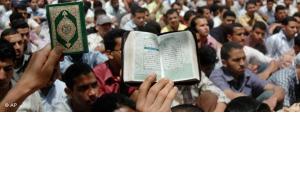 Religion in the Arab Spring

The Martyrs of the Revolution

When they attempt to grasp the role of religion in the Arab uprisings, non-Muslim observers often fail because of their tendency to see things in black and white: if religion does not show itself to be a protagonist, then the movement must be secular. In actual fact, the mingling of religious and political motives is much more subtle than that. Charlotte Wiedemann reports END_OF_DOCUMENT_TOKEN_TO_BE_REPLACED 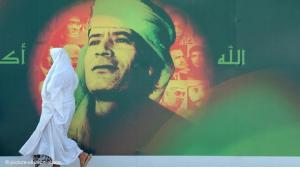 Active in Support of the Uprising

﻿Due to the well-nigh total oppression of cultural life during 42 years of Gaddafi's dictatorship, Libyan literature has for decades been produced abroad. But with the uprising, everything has changed for them, too. Susannah Tarbush reports END_OF_DOCUMENT_TOKEN_TO_BE_REPLACED

Libya's Intellectuals under the Gaddafi Dictatorship: Suppression at Home – Flourishing in Exile"Translating Libya": Non-Political Stories of Love and Hardship 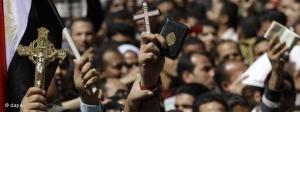 Relations between Christians and Muslims in the New Egypt

Civil Society Instead of Confessionalism

The epochal transformations in the Arab world offer a historic opportunity for Muslims and Christians in these countries – and especially in Egypt – to establish a new, constitutional foundation for their relations. A commentary by Loay Mudhoon END_OF_DOCUMENT_TOKEN_TO_BE_REPLACED 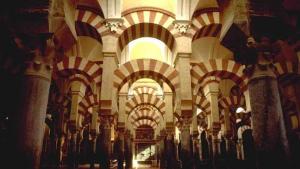 Ibn Rushd and Maimonides in ''Out of Córdoba''

The Muslim-Jewish Heritage of Islamic Spain

Lewis Gropp reviews a documentary that shines the spotlight on two 12th century philosophers – one Muslim, one Jewish – whose messages of positive coexistence resonate very strongly even today, refuting the "Clash of Civilizations" theory END_OF_DOCUMENT_TOKEN_TO_BE_REPLACED 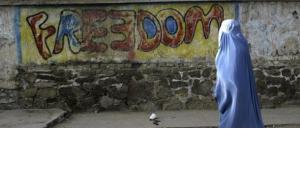 ﻿Ever since the attacks of 9/11, feminists in the West have increasingly used the theme of the oppression of women in Islam as justification for war and domination. This strategy of using this rhetoric of "saving the women" in the name of "civilization" is an old ploy used many times in the past by Western imperialists, writes Leila Ahmed END_OF_DOCUMENT_TOKEN_TO_BE_REPLACED

Who Is Hidden beneath the Burqa? An Appeal to the WestThe German Islam Scholar Lamya Kaddor: Why I as a Muslim Woman Don't Wear a HeadscarfDossier: The Headscarf Debate 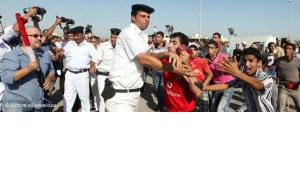 Egypt after Mubarak: Revolution without Change of PowerCritical Reflections on the Arab Revolutions: Profiteers from Authoritarian Decay