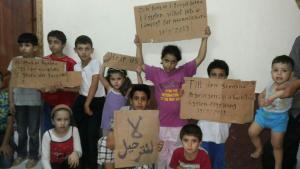 "Head Straight on to Europe!"

Many Syrian refugees are trying to reach Europe from Egypt via the Mediterranean. They are risking their lives to escape the civil war in their homeland. A reportage by Karim El-Gawhary in Abukir, Egypt END_OF_DOCUMENT_TOKEN_TO_BE_REPLACED

The Lampedusa Tragedy: EU Refugee Policy Is Morally BankruptThe EU's Migration and Asylum Policy: Not in Line with European ValuesCamps for Syrian Refugees in Zaatari and Atma: Cut off from the Rest of the World 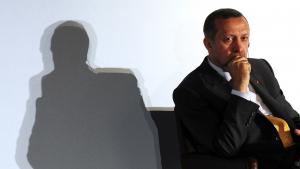 Erdoğan Is Not Turkey's Only Problem

In Turkey, the pious Gülen network has created what is effectively a state within the Turkish state, gaining a strong foothold in the police force, the judiciary, and the bureaucracy. The ultimate goal seems to be to reshape society in the movement's own conservative-religious image. By Dani Rodrik END_OF_DOCUMENT_TOKEN_TO_BE_REPLACED 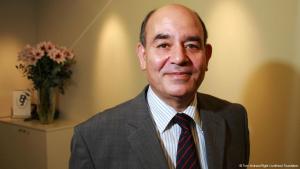 The Palestinian lawyer Raji Sourani has been named laureate of the 2013 'Alternative Nobel Prize' "for his unwavering dedication to upholding the rule of law under exceptionally difficult circumstances". Sourani sees the award as an "incentive not to lose hope". By Ulrike Schleicher END_OF_DOCUMENT_TOKEN_TO_BE_REPLACED

Non-Violent Resistance in Palestine: Hitting a NerveCombatants for Peace: Marching for A CeasefireEssay by Tony Klug: Two States – by Design or Disaster 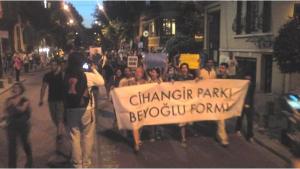 The Gezi Park protests have led to the emergence of local grassroots committees or "Open Forums" in many Turkish towns and cities. Their goal: To preserve quality of life in residential areas and foster political dialogue and development. A commentary by Ceyda Nurtsch from the "Open Forum" in the Istanbul neighbourhood of Beyoğlu END_OF_DOCUMENT_TOKEN_TO_BE_REPLACED

Construction Projects in Istanbul: A Government Addicted to SuperlativesThe Piano Man of Taksim Square: Playing for PeaceProtests in Turkey: The Intolerance of Others 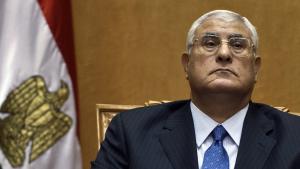 A Setback for Human Rights

When Mohammed Morsi was ousted from office in early July, Egypt's transitional government promised that new, free elections would swiftly follow. Since then, it has excluded the Muslim Brotherhood from the political process and is systematically restricting civil rights under the pretext of combating terrorism. By Claudia Mende END_OF_DOCUMENT_TOKEN_TO_BE_REPLACED

Interview with Ahmed Maher: "The Next Revolution Will Certainly Come"Power Struggle in Egypt: The Mubarak System in a New GuiseEgypt in Turmoil: Democrats Targeted in Pogrom Atmosphere 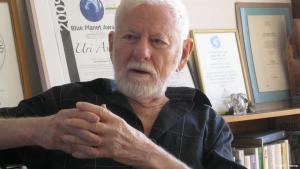 "Pessimism Means Nothing to Me"

Israeli peace activist Uri Avnery is celebrating his 90th birthday. In this interview with Tania Krämer, he offers his perspective on the recent Middle East peace talks and the many questions arising from the Syrian conflict END_OF_DOCUMENT_TOKEN_TO_BE_REPLACED 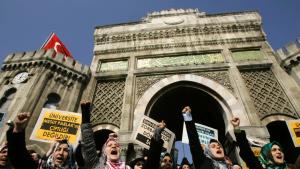 The Intolerance of Others

While police and demonstrators argue over who was responsible for the death of a protestor in Antakya, female students in Istanbul are abused for wearing headscarves – by other female students. Turkey is struggling with a wave of intolerance that is afflicting all camps. Michael Martens reports from Istanbul END_OF_DOCUMENT_TOKEN_TO_BE_REPLACED 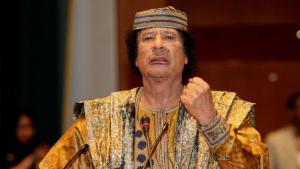 A Monstrous Nexus of Power, Sexuality and Violence

In her book "Gaddafi's Harem", the French journalist Annick Cojean documents the extent to which the former Libyan dictator was obsessed with power and sexuality, as well as how he channelled his hatred of all those born into privilege into an abusive practice that subjugated their wives. By Gabriele Michel END_OF_DOCUMENT_TOKEN_TO_BE_REPLACED

Fall of the Gaddafi Clan: A Fresh Start for Libya?Female Activists in Libya: Fighting against RegressionLibya after the Revolt: Rebuilding the Ruins of Qaddafi 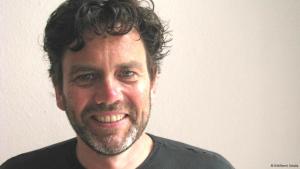 "Wadjda" is the first feature film ever made in Saudi Arabia. One of its German producers tells Bernd Sobolla about the daring women involved, and how his own perception of Saudi Arabia changed in the process END_OF_DOCUMENT_TOKEN_TO_BE_REPLACED 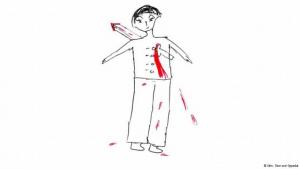 The Emotional Scars of the Refugee Children

The war in Syria has traumatized children as well as adults. Their nightmares and drawings are blood red. In Turkey, one center is providing a sense of stability for refugees of all ages - paintbrush included. Monika Griebeler reports from Antakya END_OF_DOCUMENT_TOKEN_TO_BE_REPLACED 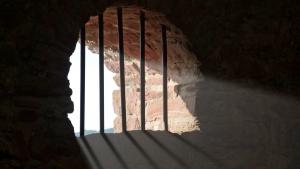 On the Way to Class Justice

The death penalty has not been carried out in Tunisia since the early 1990s. But there are still prisoners on death row to this day. In their book "The Siliana Syndrome", authors spotlight an issue that still represents a major social taboo. By Sarah Mersch END_OF_DOCUMENT_TOKEN_TO_BE_REPLACED 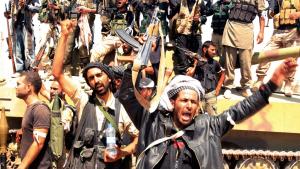 The Time to Act is Now

In this commentary, Kristin Helberg says that there will be no negotiated solution to the Syrian crisis unless the conflict is escalated to international level. Until then, Syrians will continue to pay the price for the world's half-heartedness END_OF_DOCUMENT_TOKEN_TO_BE_REPLACED

Turkey and the Coup in Egypt

Turkish Prime Minister Recep Tayyip Erdogan's criticism of the recent military coup and the brutal crackdown on protesters in Egypt has sparked an angry diplomatic row between Ankara and Cairo. Some feel Turkey risks isolating itself in the region. Erdogan aide Ibrahim Kalin, on the other hand, prefers to speak of "precious loneliness". Ayhan Simsek has the details END_OF_DOCUMENT_TOKEN_TO_BE_REPLACED 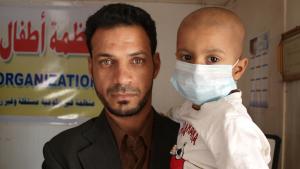 There is no question that American and British troops in Iraq used depleted uranium (DU) in their munitions. While the United States continues to deny any responsibility for the consequences of uranium contamination, including severe deformities among newly born children, the international community has turned a blind eye to the problem. The city of Basra, as Birgit Svensson discovers, has borne the brunt of it all END_OF_DOCUMENT_TOKEN_TO_BE_REPLACED 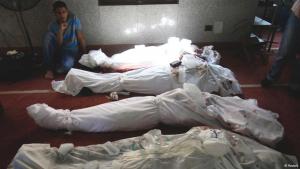 Persecution of the Muslim Brotherhood in Egypt

Humiliated even in Death

Hundreds of supporters of ex-President Mohammed Morsi were killed in Egypt last week. Judging by what Markus Symank witnessed during his visit to a Cairo morgue, it seems as if their relatives are being systematically bullied by the government END_OF_DOCUMENT_TOKEN_TO_BE_REPLACED

Escalation of Violence in Egypt: The Desired Radicalisation of the Muslim BrotherhoodEgypt after the Coup: Bloodshed in Cairo as Military Clamps DownQantara Dossier: Power Struggle in Egypt 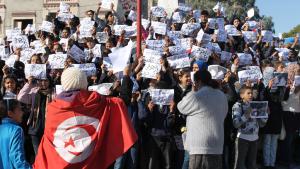 Social Fabric and Solidarity in the Arab World

The Indifference of the Arab Middle Class

The upheaval in the Arab world has radically changed the fabric of society there. The Arab Spring has been followed by a shift in affinities towards people's kinship and religion. Moreover, the recent civil war in Syria has shown that Arab solidarity is a myth. An essay by Sami Mahroum END_OF_DOCUMENT_TOKEN_TO_BE_REPLACED

After the Military Coup in Egypt: State-tolerated XenophobiaPolitical Pressure Exerted by Gulf States in Egypt: Reaching for the Cheque BookEurope's Syria Policy: Union of the UnwillingQantara dossier: Democracy and Civil Society