The Islamic Republic has a strict and often arbitrary system of censoring artistic and journalistic works. An in-depth investigation by writer Alireza Abiz uncovers the details and their impact on the book trade. By Gerrit Wustmann END_OF_DOCUMENT_TOKEN_TO_BE_REPLACED

Presenting a more nuanced vision of their common homeland, Iran, to Western imaginations, kindred spirits Omar Khayyam and Maryam Mirzakhani stand out against the twenty-first century backdrop of anti-Iranian sentiment and Islamophobia. By Hamid Dabashi END_OF_DOCUMENT_TOKEN_TO_BE_REPLACED

Iran is far more modern than many people realise: our view is clouded by media distortion and the overriding political narrative. The nation’s historic and cultural riches are often overlooked. A declaration of love for Iran by Marian Brehmer END_OF_DOCUMENT_TOKEN_TO_BE_REPLACED

Professor Nasser Kanani on the Persian poet Hafez: "The joyful audacity of his spirit, the melody of his poetry"Iran′s image in the West: Sheer incredulity″City of lies. Love, sex, death and the search for truth in Tehran″: Where nothing is allowed, yet anything is possibleThe longest duel: Iran and the USA square off

In August 1978, four men set fire to the Cinema Rex in the Iranian city of Abadan, killing more than four hundred people inside. The event is said to have started the Iranian Revolution to overthrow the Shah's regime. Forty years later, "Careless Crime" by Iranian filmmaker Shahram Mokri depicts four men planning to burn down a cinema in a contemporary Iran where ghosts of the past haunt the current society. Interview by Schayan Riaz END_OF_DOCUMENT_TOKEN_TO_BE_REPLACED

Iranian director Manijeh Hekmat expected the production of her latest movie to go ahead as planned – but then she found herself having to improvise. The resulting film is more than just an homage to Iran's landscapes. By Heike Mund END_OF_DOCUMENT_TOKEN_TO_BE_REPLACED

Interview with the Iranian director Mohammad Rasoulof: "Devils donʹt exist"Winner of the Berlinale 2020: "Sheytan Vojud Nadarad" – There is no evil, unless it's perpetratedIran's 37th Fajr Film Festival: Politics collide with the big screen in TehranFilm review: Hossein Pourseifi's "Morgen sind wir frei": Love in the time of revolution

Mohammad Rasoulof's "There Is No Evil" won the main prize at the Berlinale. Maryam Mirza talked to the director, who is currently forbidden from leaving Iran, about his film END_OF_DOCUMENT_TOKEN_TO_BE_REPLACED

Winner of the Berlinale 2020: "Sheytan Vojud Nadarad": There is no evil, unless it's perpetratedMohammed Rasoulof's ''Manuscripts don't burn'': Iranian agents as killersBerlinale 2019: "Born in Evin": Confronting a very personal trauma

Mohammad Rasoulof’s film "Sheytan Vojud Nadarad" (There is No Evil) won the Berlinale, perpetuating the robust presence of Iranian cinema at the festival during the post-Kosslick era. The Golden Bear went to a powerful episodic film addressing the issue of difficult decisions and their consequences. In Iran, and everywhere else. By Rene Wildangel END_OF_DOCUMENT_TOKEN_TO_BE_REPLACED

With prominent film makers cancelling their attendance, the organisers of Iran's flagship cultural event are under pressure. The Fajr film festival in Tehran shows how culture can be used to make a political point. By Philipp Jedicke END_OF_DOCUMENT_TOKEN_TO_BE_REPLACED

In her novel "Immer mit Zucker" Pajand Soleymani creates a surreal world of cinematic images, intellectual discussion and dreamlike transformation. An unusual reading experience distantly reminiscent of the stories of "One Thousand and One Nights". Volker Kaminski read the book END_OF_DOCUMENT_TOKEN_TO_BE_REPLACED 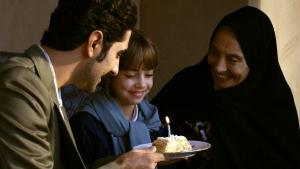 Love in the time of revolution

"Morgen sind wir frei" – Tomorrow we'll be free – charts a love story under the baleful glare of a face painted on the side of a building in Tehran. It is a film about the hopes of a German-Iranian family during and after the revolution in Iran with all the pain of terror, oppression and separation. By Maryam Ansari END_OF_DOCUMENT_TOKEN_TO_BE_REPLACED 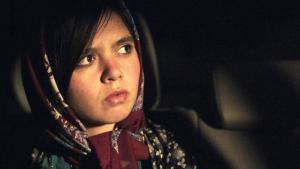 In May 2018, Jafar Panahiʹs film "Three Faces" was screened at the Cannes International Film Festival and won the prize for the best screenplay. It is the Iranian film directorʹs fourth film since the Mullah regime sentenced him to a 20-year ban on travel and work in 2010. Review by Fahimeh Farsaie END_OF_DOCUMENT_TOKEN_TO_BE_REPLACED

A taxi ride through TehranJafar Panahi's "Offside": Protected from the profanities of the bellowing fansObituary: the Iranian film director Abbas Kiarostami: Pioneering spiritSilent and moving images from Abbas Kiarostami 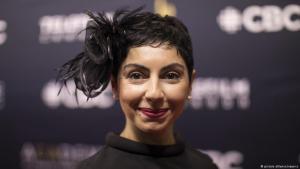 Ava, my adolescent self

Sadaf Foroughiʹs debut feature film, AVA, examines the complexities of the relationship between a mother and a teenage daughter living in present day Tehran. The movie is both a fascinating character study and an examination of the damage caused by the rules governing women's behaviour in Iranian society. Interview by Richard Marcus END_OF_DOCUMENT_TOKEN_TO_BE_REPLACED 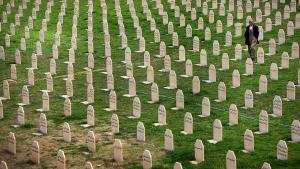 The First Gulf War, the chemical attack on the Iraqi village of Halabja in 1988 and the role played by foreign companies in the build-up of chemical weapons in the region were the main topics at the most recent "Visions of Iran" film festival in Cologne. By Bernd G. Schmitz END_OF_DOCUMENT_TOKEN_TO_BE_REPLACED 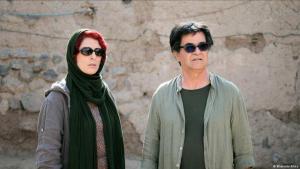 Although he has been banned from film-making since 2010, Jafar Panahi keeps working – albeit without the approval of Iranian authorities. His latest work, "Three Faces", has been enthusiastically received in Cannes. By Suzanne Cords END_OF_DOCUMENT_TOKEN_TO_BE_REPLACED 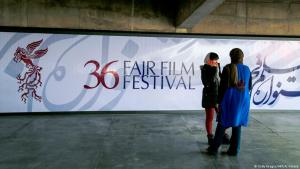 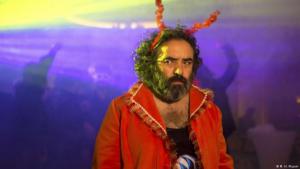 A film director desperate to be on a serial killerʹs hit list, AC/DC and Instagram likes: with his absurdist comedy, Mani Haghighi breaks with all the conventions associated with Iranian cinema. By Elizabeth Grenier END_OF_DOCUMENT_TOKEN_TO_BE_REPLACED

END_OF_DOCUMENT_TOKEN_TO_BE_REPLACED
Social media
and networks
Subscribe to our
newsletter