Topic: Muslims in the West 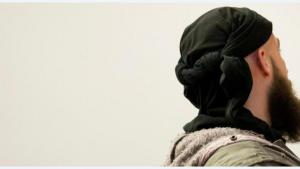 How is it possible to stop vulnerable young people attracted by the siren call of religious salvation from becoming radicalised and joining IS? Prevention is difficult — sometimes even impossible. By Naomi Conrad END_OF_DOCUMENT_TOKEN_TO_BE_REPLACED 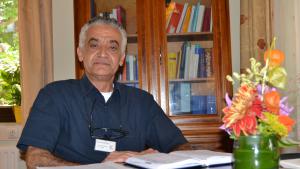 A number of German retirement homes have discovered that the cultural diversity of their residents and staff is a bonus: people from a number of different cultures can live and work together very happily under one roof. Annalena Junggeburth visited the Haus Andreas retirement home, which is run by the Clarenbachwerk social welfare service in Cologne END_OF_DOCUMENT_TOKEN_TO_BE_REPLACED

The "Muslim Associations as Community Activists" project: Open dialogue on thorny issuesYoung Muslims in Germany: Forget, but don't forgetMuslim boy and girl scouts in Germany: A commitment to peaceful coexistence 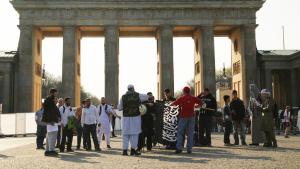 The jihadi fighters of IS

"Jihadism has become a German phenomenon"

German jihadists are participating in Islamic State's war of terror. Security forces fear they could also pose a threat to the country. Guido Steinberg is an expert on Islam and Islamism. He has written a book about Germany's jihadi fighters. Bettina Marx spoke to him about the country's home-grown fighters END_OF_DOCUMENT_TOKEN_TO_BE_REPLACED

The genesis of Islamic State: A new chapter in the decline of the Arab worldThe fight against IS: No alternative to civil and human rights in the Arab worldSalafists in Germany: A simple world view and the promise of paradiseQantara dossier: "Islamic State" 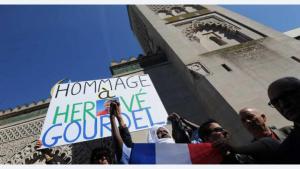 France's divided society is united in condemning the jihadi barbarism of Islamic State in Iraq and Syria. From Toulouse, Birgit Kaspar sums up the reactions of French politicians and Islamic organisations END_OF_DOCUMENT_TOKEN_TO_BE_REPLACED

Debate about the role of Muslims in fighting Islamist terrorism: IS is not just a Muslim problemIslamophobia and Racism in France: Shocking IndifferenceInterview with Olivier Roy: Muslim radicals are perfectly "westernised" 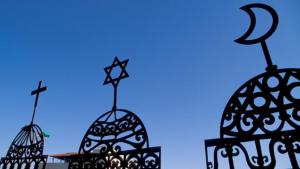 "Peace is the Future" meeting in Antwerp

A world in flames

Representatives of the world's religions came together at the Community of Sant'Egidio's international peace meeting in Antwerp in September to discuss peace. Despite the sobering testimonials and the awareness of the horrors being committed around the world in the name of religion, there were clear signs of hope. To the surprise of many, the Grand Mufti of Egypt spoke out plainly against the barbarism of Islamist terrorist groups. By Daniel Deckers END_OF_DOCUMENT_TOKEN_TO_BE_REPLACED 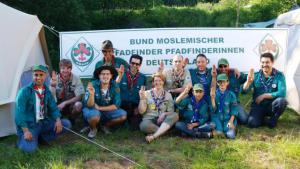 As part of an international youth movement, members of the Federation of Muslim Boy and Girl Scouts of Germany want to make their own specific contribution to peace and understanding. The organisation has existed since 2010. By Arnd Zickgraf END_OF_DOCUMENT_TOKEN_TO_BE_REPLACED 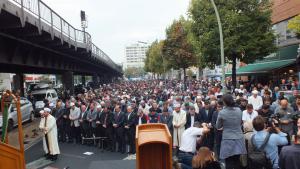 Why do so many people in Germany assume that Muslims automatically sympathise more with the terrorists of IS than with those who are helping their victims? And why is so little notice being taken of the countless statements made by Muslim theologians and intellectuals who have distanced themselves from the terrorists' appalling acts? A commentary by Katajun Amirpur END_OF_DOCUMENT_TOKEN_TO_BE_REPLACED

The German Muslim community's protest against extremism: "No" to hatred and injusticeContrasting images of Islam: The last gasp of archaic masculinity?The "Muslim Associations as Community Activists" project: Open dialogue on thorny issuesQantara dossier: Islam in Germany 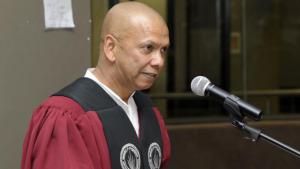 Farid Esack is a Koran scholar and Islamic liberation theologian from South Africa. He is one of the most renowned Islamic thinkers of our time. Claudia Mende spoke to him at the recent international "Horizons of Islamic Theology" conference in Frankfurt END_OF_DOCUMENT_TOKEN_TO_BE_REPLACED

Dispute about Prof Mouhanad Khorchide: A conflict of many layersInterview with Turkish theologian Ihsan Eliacik: The Koran and social justiceReformist theologians in Iran: The search for Montazeri's heirsTopic: Reform Islam 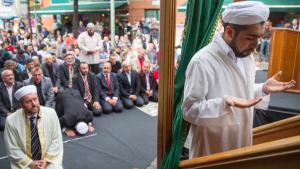 The German Muslim community's day of action against extremism and injustice was a strong appeal for tolerance. It was also a demonstration that there are many, many Muslims who are not willing to allow their religion to be hijacked as a justification for barbarism and hatred. By Bettina Marx END_OF_DOCUMENT_TOKEN_TO_BE_REPLACED

The "Muslim Associations as Community Activists" project: Open dialogue on thorny issuesThe "Sharia Police" in Wuppertal: Playing on a widespread fear of Islam in GermanyTopic: Islam in Germany 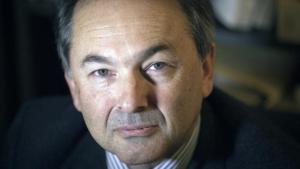 For three decades now, the renowned French sociologist and political scientist Gilles Kepel has been monitoring the development of Muslim societies. He sees a close connection between the developments in the French suburbs and the events in the Arab world. Beat Stauffer spoke to him in Paris END_OF_DOCUMENT_TOKEN_TO_BE_REPLACED 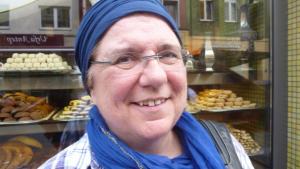 Portrait of the theologian Rabeya Muller

Equality in the name of Islam

The women's movement within Islam is gaining momentum worldwide. One of the most influential German Muslim women in this respect is the theologian Rabeya Muller. With her clear views and breaks with taboo, she is pushing for change within the Muslim community in Germany END_OF_DOCUMENT_TOKEN_TO_BE_REPLACED

Interview with Amina Wadud: ''Islam Belongs to All Its Believers''Book review: Zahra Ali's "Islamic Feminisms": Female emancipation based on the spirit of Sharia Qantara dossier: Feminism in Islam 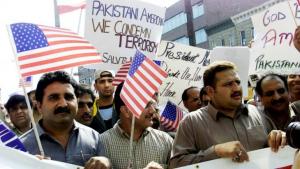 NSA spied on prominent US Muslims

After 9/11, every Muslim was a potential suspect. Under President George W. Bush, the FBI and NSA read the e-mails of Muslim lawyers and activists even though they had no convictions and there was no evidence that any of them had committed a crime, called for jihad or sympathised with al-Qaida. Even a Department of Homeland Security employee was under surveillance. By Matthias Kolb END_OF_DOCUMENT_TOKEN_TO_BE_REPLACED

Muslims in America: New Wave of Anti-Islamic SentimentIslamophobia: Evidence Does Not Support Fears of Islam in the WestJohn R. Bowen's ''Blaming Islam'': Deconstructing PopulismImam Talib Abdur-Rashid on American Islam: Islamophobia as an Integral Part of the Political Platform 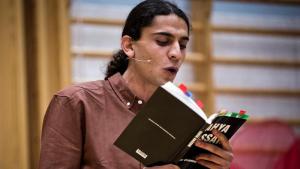 Whiz kid from the ghetto

International Prize for Arabic Fiction 2014: "Frankenstein in Baghdad": Beyond good and evilSyria's opposition writers: Fighting oppression and censorshipTranslations of Classical Islamic Literature: From the Emotional Orient to the Distortion of Islam 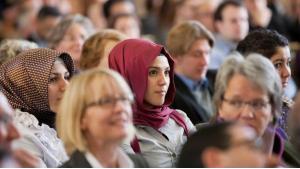 We shouldn't be arguing about burkas: we should be abolishing the headscarf bans. They ostracise women who could be building bridges, comments Ursula Rüssmann END_OF_DOCUMENT_TOKEN_TO_BE_REPLACED

Human rights court upholds burka ban in France: An unfortunate rulingMuslim women and integration: Oppressed in the name of Islam?Essay by Sara Silvestri: Britain does not need a French-style burka banDossier: The Headscarf Controversy 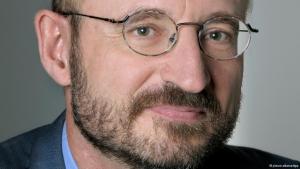 No cultural or religious "rebates" in German courts

On 24 March 2014, a court in Wiesbaden sentenced a 23-year-old German of Afghan origin to life in prison for the murder of his pregnant ex-girlfriend. In their ruling, the judges made reference to the cultural background of the accused. Eren Güvercin spoke to legal scholar and expert on Islamic law Prof Mathias Rohe about this controversial case END_OF_DOCUMENT_TOKEN_TO_BE_REPLACED

Debate about Sharia and Democracy: A Western MisconceptionMathias Rohe on Islamic Theology in Germany: Triggering Global DebatesSharia Law in Europe: "The Idea of Plural Jurisdiction Is Highly Problematic"The Archbishop's Sharia: Faith Market before the Courts 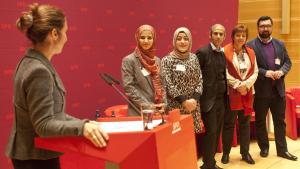 In Germany, both the Greens and the Christian Democrats have had working groups for Muslim members for some time now. In February, the Social Democrats followed suit. Are these new groups really and truly different? Or are Germany's main political parties simply jumping on the diversity trend bandwagon? By Ulrike Hummel END_OF_DOCUMENT_TOKEN_TO_BE_REPLACED