Morocco is receiving much international recognition for its policy of modernisation, but the weaknesses of the model are obvious. By Claudia Mende END_OF_DOCUMENT_TOKEN_TO_BE_REPLACED

Economic Community of West African States: Morocco's grand plan: In pursuit of economic unionDigitalisation and the coronavirus in Morocco: From care to control?Morocco's social gulf: The many faces of poverty

Several African countries have opened diplomatic missions to Morocco in Western Sahara, a disputed area occupied by Rabat. This has been exacerbating the conflict in an already volatile region seeking independence. By Martina Schwikowski und Hugo Flotat-Talon END_OF_DOCUMENT_TOKEN_TO_BE_REPLACED 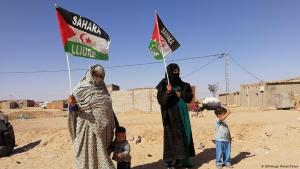 The dispute over Western Sahara has been smouldering for over 40 years. In the refugee camps in Algeria, resignation is spreading among many people who have been hoping for a solution by the United Nations for decades. By Hugo Flotat-Talon END_OF_DOCUMENT_TOKEN_TO_BE_REPLACED

With "Amankor/The Exile", the Kel Tamashek band Tartit have produced another cultural treasure for the rest of the world to appreciate. Their original intent may have been to keep their own culture alive, but in the process they have succeeded in bringing the sound of the desert into all our lives. By Richard Marcus END_OF_DOCUMENT_TOKEN_TO_BE_REPLACED 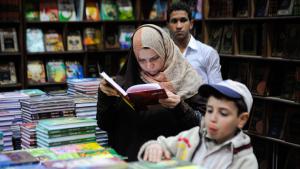 The "A Bird is not a Stone" crowdfunding campaign may not have gotten as much press as British scientists seeking to fund a moon landing through online donations, but it certainly made a ripple among Arabic literary translators. The success of this campaign showed that crowdfunding can be an important tool in bringing Arabic literature into European languages. By Marcia Lynx Qualey END_OF_DOCUMENT_TOKEN_TO_BE_REPLACED 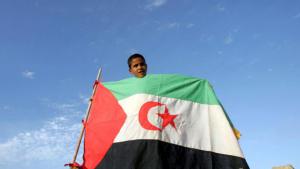 In times of economic crisis and rising unemployment in North Africa, Western Sahara's natural resources have become fiercely contested treasures. The new balance of power resulting from recent political developments in the region could lead to a renegotiation of the conflict. By Susanne Kaiser END_OF_DOCUMENT_TOKEN_TO_BE_REPLACED 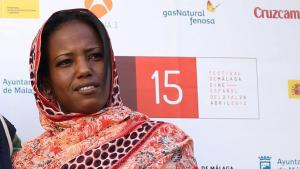 Relatively few people will have been familiar with the music, culture and history of the Sahrawi people of north-western Africa before Aziza Brahim arrived on the music scene. Brahim has not only won an award for her original soundtrack to the film "Wilaya", she has also released three albums. Her latest album, "Soutak", spent three months at the top of the World Music Charts Europe in 2014. A review by Richard Marcus END_OF_DOCUMENT_TOKEN_TO_BE_REPLACED 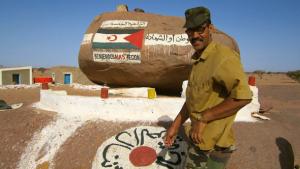 ﻿The conflict over the status of Western Sahara has been simmering for four decades between the Kingdom of Morocco and the Sahrawi independence movement Frente Polisario. Efforts to find a solution to the deadlock appear to be paralysed – a fact partly due to a lack of international interest. By Annett Hellwig END_OF_DOCUMENT_TOKEN_TO_BE_REPLACED

END_OF_DOCUMENT_TOKEN_TO_BE_REPLACED
Social media
and networks
Subscribe to our
newsletter